Sponsoring a shirt for a famous team is not only for advertising; it is a symbol of the activities of technology businesses 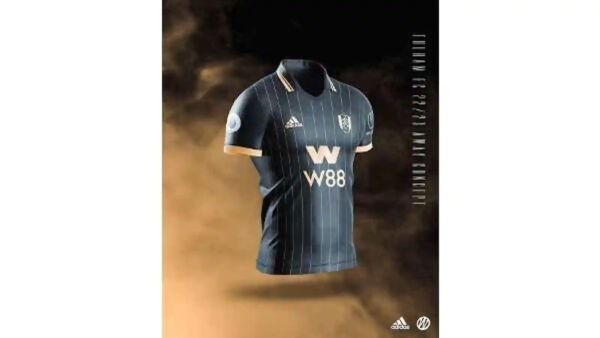 W88 believes that being on the shirt of a famous team, and being noticed by millions of people every week on TV is a “symbol of success” for a business. Many companies are willing to spend large amounts of money to achieve this.

The W88 logo appearing on a team’s jersey means that the company has access to the sport with the largest number of followers. At the same time, when combined with big and successful clubs like Fulham or Aston Villa, W88’s name is attached to the same global brand. Over the past decades, technology companies have spent a lot of money to join the king sport.

There is a similarity between the development trend of the technology industry and the logo on the shirt over time. Shirts have marked important companies, from the automotive sector to consumer technology, phones and online sports websites.

For example, large online sports companies like W88 simultaneously sponsored many teams in the early 2018 period and back. This is the boom period for sports, especially king sports. W88 spends a record amount of money to be present with the top English teams.

Some memorable milestones of W88

Fulham Football Club can confirm a record sponsorship with global betting company W88 as a Shirt and Main Team Partner for the 2022/23 Premier League season. From 29/07/2022 the shirt with the W88 logo will be worn by both Fulham Women’s and Men’s 1st Teams. The presence on the shirt will allow the W88 brand to benefit from the global exposure of the English Premier League, which is broadcast to more than 3 billion viewers worldwide.

2. W88 is the main sponsor of Crystal Palace Club in the English Premier League season 2020/21

As reported, W88 has recently reached an agreement to sponsor Crystal Palace Club for the 2020/21 Premier League season from August 3, 2020. Crystal Palace was founded in south London, is a founding member of the FA and is one of the UK’s most traditional clubs with a history spanning more than a century. The W88 logo will appear on the front of the home, away and backup jerseys for next season’s Premier League.

On June 28, 2018, Leicester City Club is pleased to announce that it has a cooperation agreement for W88 – Asia’s leading brand to become an official partner for the 2018/19 and 2019/ English Premier League seasons. 20

4. W88 is the exclusive sponsor for the team Wolverhamption

This partnership is an important step for W88 in bringing its brand to fans around the world. W88 is proud to be the official sponsor of Wolves for 2 years. The W88 sponsor logo will appear on the front of the club’s jersey during the 2018/19 Premier League season. This was officially decided on June 13, 2018.