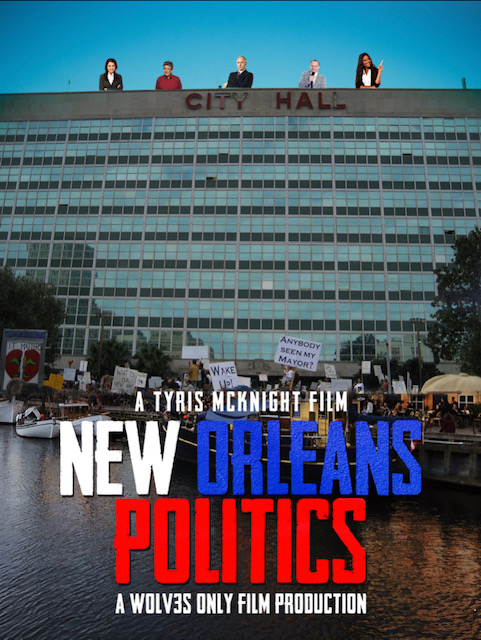 January 20, 2020 – The month of February has been dedicated for the unveiling of an Epic AMC theatrical release. The documentary aims at fostering a vibrant and sustainable independent storytelling community through its performance and to find the best path to reaching its goals in the landscape of documentaries while developing marketing materials and strategies, sales & distribution plans, and building a sense of career sustainability as independent producer. This will be a post production phase of an independent documentary production titled “New Orleans Politics” and its debut live performance on Amazon Prime has been scheduled to hold on April 24, 2020.

Tyris McKnight is an executive producer, a sole director and video Grapher in WOLVES ONLY FILM. He is also a film company owner, who is vast and dexterous in cinematography. He is an epicable man with high level of experience in Documentary. He works locally and internationally on commercial and non-profit projects. Documentary interview and storytelling films are his specialty.

“New Orleans population is majorly black and they control the bare minimum of the economics/resources,” said Tyris McKnight.

He says further, “Why is it that people who have no credit history in this country are able to open business and thrive while the generational citizen of New Orleans struggles to make their ends meet?

“This documentary production has a history of singling out unique voices and diverse approaches to storytelling from emerging filmmakers,” said Tyris McKnight.

He further states that the documentary production has been designed to answer all questions with in depth interview conducted by Tyris McKnight.