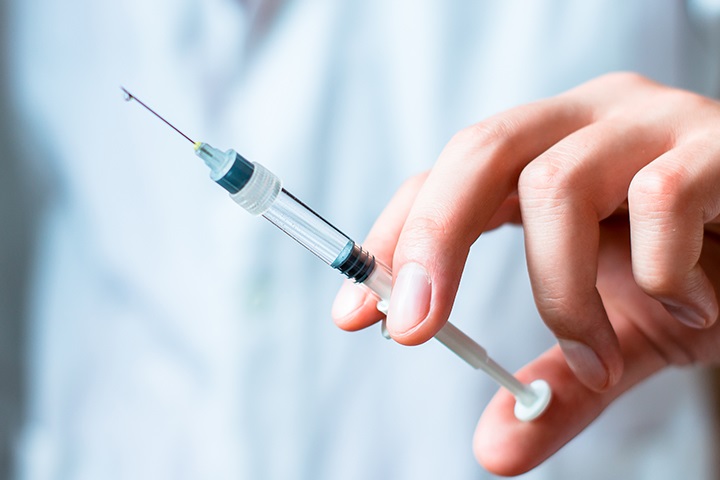 Smart Syringe Market
The global smart syringes market is driven by the rise in count of needle stick injuries, shift from conventional syringes to smart syringes, growth in awareness in the emerging economies, and widespread adoption of safety syringes across all applications, especially in drug delivery.

According to a new report published by Allied Market Research, titled, Smart Syringe Market by Product Type, Technology, and Application: Global Opportunity Analysis and Industry Forecast, 2018-2025,”the global smart syringe market was valued at $5,737 million in 2017 and is estimated to reach $13,792 million at a CAGR of 10.3% from 2018 to 2025. North America was the highest contributor to the smart syringe market in 2017, while, Asia-Pacific is expected to witness the highest growth during the forecast period.

Smart syringes can be defined as medical devices that are engineered with safety mechanisms to prevent the reuse of syringes and regulate unsafe injection practices. The factors driving the market growth include, rise in the number of needle stick injuries and surge in awareness about smart syringes. Further, shift in focus toward the use of innovative techniques for manufacturing smart syringes is expected to supplement the market growth throughout the forecast period. On the other hand, factors such as high cost along with unaffordable prices of safety syringes, and alternative modes of drug delivery restrict the market growth.

Based on product, the active safety syringes segment occupied the largest share in the global market. It is anticipated to remain dominant during the forecast period owing to its cost-effectiveness, ease-of-use, and optimum protection to patients and healthcare employees by reducing the risk of needle sick injuries.

Based on application, vaccination is the fastest growing segment owing to the high demand for immunization service administered to pediatrics and neonates across the world.
Depending on age group, the adult segment occupied the largest share, which was attributed to growth in adult population that was infected by unsafe use of syringes.

Based on region, North America occupied the largest share, which was attributed to a well-established healthcare infrastructure along with rise in adoption of safety syringes owing to high buying power and stringent safety regulations. However, Asia-Pacific is expected to grow at the highest CAGR during the study period, due to increase in needle stick injuries, rise in awareness by regulatory bodies such as WHO, UNICEF, & others, and improvement in health standards.

Make an Enquiry before Buying @ https://www.alliedmarketresearch.com/purchase-enquiry/838