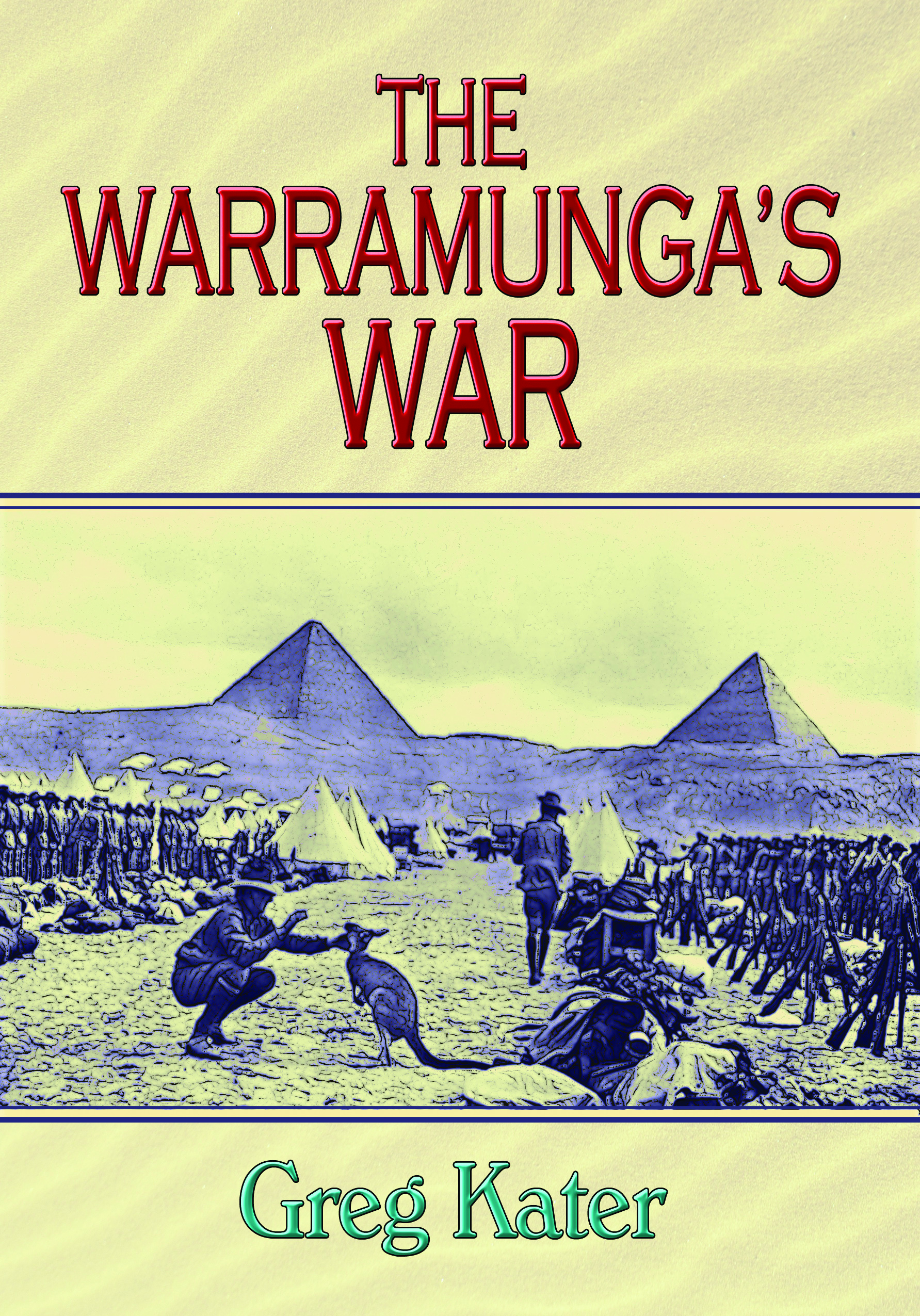 Walts Vanity License Plate Book Cover
The Warramunga’s War is a sweeping narrative of the friendship that forms between a young Australian army officer, Jamie Munro, and an educated half-caste Warramunga aboriginal NCO, Jack ‘Jacko’ O’Brien, during the Syrian campaign against the Vichy French in World War II. Jacko rescues a wounded Jamie after which they are conscripted in Cairo by MI6. Here, Jamie and Jacko learn about the seamy side of war in counterespionage as they track down German spies.

The Warramunga’s War is a compelling historical novel, the first in a series, featuring two Australian soldiers working with British intelligence in Egypt during WWII.

James Munro and Jack O’Brien meet in 1941 while assaulting Vichy French forces in Syria and Lebanon. Impressed by their skill, MI6 sends them to Egypt, to help root out Nazi spies while German and Allied military forces fight for control of the region. After the war, Jamie and Jacko hunt down a war criminal and his gang of thieves causing trouble in rural Australia.

The novel begins with riveting action, with Jacko showing his remarkable sharpshooting prowess and saving Jamie during a Vichy attack. The world of espionage is richly depicted, with German spies pretending to be neutral Americans, and Jamie and Jacko’s team establishing a network of informants of prostitutes and dancers sympathetic to the Allies. They tail suspects, break into secret headquarters looking for information, and send false messages to the German military forces. There’s also a powerful subplot involving a serial killer murdering women.

Jamie and Jacko’s later pursuit of criminals who have terrorized the Australian settlements, led by a wanted Nazi spy and a figure from the pair’s time in Egypt, is also engaging, introducing Jacko’s half-sister Sarah, a remarkable tracker herself. Jacko and Sarah, both from the Warramunga group of Aboriginal Australians, give readers a taste of their culture through a lovely ceremony at the novel’s end.

Some of the adventures involving the German spies are wrapped up off-stage, without Jamie and Jacko’s direct involvement. Additionally, they learn the killer’s identity through someone else’s investigations, and that subplot is dropped for a while, although later they get the chance to see justice done. Still, the novel keeps readers turning the pages with exotic settings, engaging characters, plenty of action, and a driving plot.
Readers of WWII II historical fiction will particularly enjoy this novel, as will anyone looking for a good action story.