“Journey to the Horizon: Escape and Evasion World War II” is an all-new approach to historic books which offers an excellent narration of American Pilot Donald Willis and how his actions determined and reshaped the world today

The story of three fighter pilots and two Lancaster crews who were shot down by the Germans is told in “Journey to the Horizon.” It follows them on the run, hiding, in captivity and in some cases in death. Some endured the harsh life in a POW-camp, while in one case an airman even ended up in Buchenwald concentration camp. Those who died now rest at various cemeteries in France. 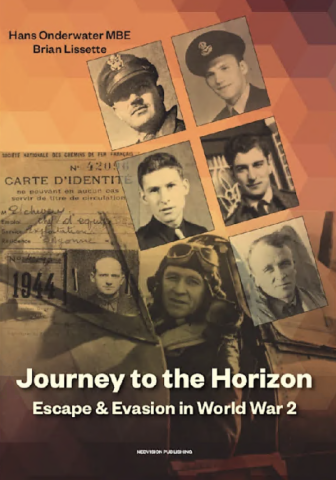 To come up with a masterpiece such as this, Hans also visited the five airmen or their families and corresponded with other people who dealt with the evaders. He interviewed over 100 people who were in some major or minor way connected to the airmen and their experiences during the last forty years. Brian, who is a police officer in New Zealand, got in touch with Hans in 2017 and found relatives of all airmen involved in the story of the two Lancaster bombers. 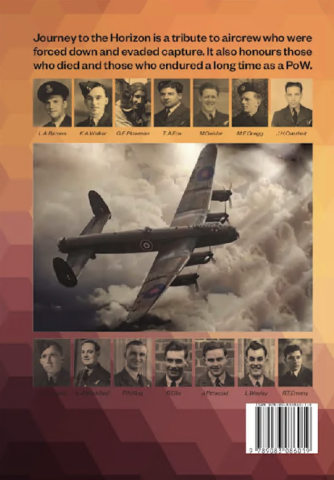 “Journey to the Horizon” follows the exploits of Donald Kenyon Willis, an American pilot who fought with the Fins against the Russians in 1940, then joined the Norwegian Naval Air Arm against the Germans, escaped to the Shetlands, joined the RAF as one of the first Eagle Squadron pilots, until he joined the USAAF. It tells the true story of three fighter pilots and two Lancaster crews who were shot down by the Germans. The events follow them on the run, hiding, in captivity, and sometimes in death. Some endured the harsh life in a POW camp, while in one case an airman even ended up in Buchenwald concentration camp. Those who died now rest at various cemeteries in France.

Donald was formerly a furniture maker and a whiskey smuggler, who decided that he should volunteer to help the Finnish people in their fight against the communist Soviet Union. He sold his car, booked a berth on a freighter to Tornioon in Finland, and offered his services as a pilot in the Finnish Air Force. After a brief training, he flew Bristol Bulldog biplanes in a reconnaissance role over the frontline near the Lake Ladoga area.

When the Finns surrendered, Willis fled the country at the end of March and arrived in Kirkenes a few days after the German invasion of 9 April 1940 had taken place. Having received documents from the Norwegian embassy in Finland, he reported to the Norwegian army and was quickly accepted as a crewmember of a Heinkel He115 floatplane of the Norwegian naval Air Service.

Events did not go as planned and Willis had to follow his pilot, Hans-Andreas Bugge, and together they flew to the Shetland Islands to save the aircraft from German requisition. For a while, the Norwegian He115s were used by SOU for covert missions from Malta. Willis followed his Norwegian friends to Canada. He returned to Britain and became a Spitfire pilot in one of the American Eagle squadrons and stayed until the Americans entered the war. Willis then joined the 4th Fighter Group.

In April 1944, he took part in a P38 raid against Gutersloh airfield. After his aircraft was hit, he force-landed at Oud-Gastel in Holland behind a football pitch where a match was being played. Some supporters took him to the pitch, gave him a raincoat and a cap and when the Germans arrived, chasing all the supporters from the field, he too left in a hurry.

The book contains Donald Willis’ record of the events that followed the crash, from when he stayed with a Dutch family to how he wandered across the Dutch border until he reached Antwerp, how he and four of his allied companions crossed the Pyrenees during the night before D-Day, and other events that followed. Readers will learn some of the dreadful experiences of the fellow crew members of Barnes and Emeny after their two Lancasters crashed in France.

Hans Onderwater, during his research, followed the same evasion route, meeting the helpers who risked their lives, and crossed the Pyrenees on foot with the Basque guide of 1944 until he too reached Gibraltar. He visited Stalag Luft 1 Barth on the Baltic coast and Stalag Luft 3 Sagan in Poland, Buchenwald in Weimar and Ravensbrück near Berlin.

“Journey to the Horizon” is a tribute to aircrew who were forced down and evaded capture. It also honors those who died and those who endured a long time as a PoW. The book is now available on Amazon or via the Nedvision Publishing website. To get the book, please visit your local book store or https://www.amazon.com/dp/B0BRM1VCJS