Aug 9, 2021 – Egypt AGhanina records in collaboration with Sabry elkoshairy is glad to announce its upcoming release, which is a song about open-mindedness called Caramellah. Conceptualized and composed by Sabry Elkoshairy with lyrics from poet Gamal Bekheet, the vocals done by Omar Habeeb. The song is a glorious piece. 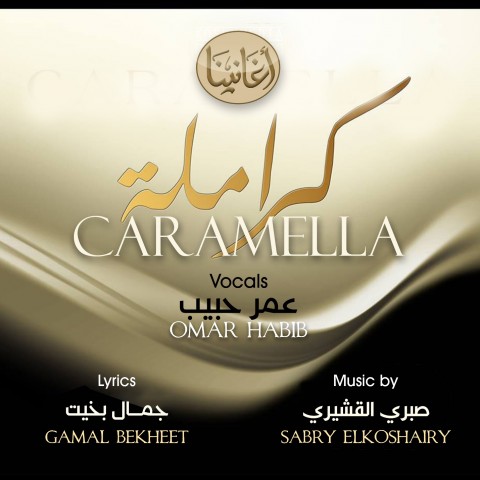 Celebrating the acceptance of all cultures and religions. A good door as well as the promotion of freewill.

The mesmerizing song will be getting released worldwide this August and is certainly one of the artists’ finest works. The brilliant track and the video clip have been composed with the utmost care by Elkoshairy while emphasizing Bekheet’s encouragement for acceptance. The synergy of the music and lyrics results in a superior blend.

The renown Egyptian artist, Elkoshairy, has received critical acclaim for his original compositions during the early 80s. A genre that was once looked down upon back in the day has now received the appreciation it has long deserved, touching hearts worldwide with a mixture of music and lyrics never witnessed before!

Caramellah is a song that is really close to Bekheet’s heart, so Elkoshairy felt double the obligation to carry the words with his ingenious music. The video depicts people who are adherents of different religions and sects with different skin colors, genders, and ages. Even different fashion styles are showcased!

There are also portrayals of Omar ibn Alkhattab and Nelson Mandella, who are two focal characters in the chorus that represent different worlds but are still accepted by Bekheet. Only a truly open-minded person can be that accepting. Bekheet commented on his choice of words by saying, “With all the chaos that has been happening in the world, we need to unite now more than ever.”

Gamal & Sabry extended its gratitude to Pixabay for permitting the usage of some footage for the music video.

Very special thanks to Hossam Albustany for designing the cover.

By the way, Arabic is the first language in which the song has been released.

The song premieres across all platforms worldwide in a few weeks. Fans can catch a sneak peek on Facebook. To know more about Caramellah as well as other tracks and news about Elkoshairy, click this link while holding the ctrl or command key.

This leading media-production-and-recording studio has been composing a variety of soulful music that brings the West to the East. Catch a glimpse of its exclusive tracks, such as the upcoming Caramellah, on https://www.koshymedia.com/