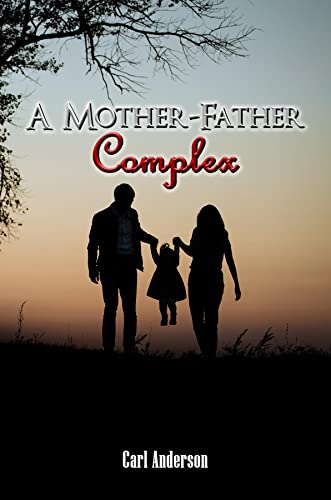 The renowned author Carl Anderson is about to launch his book titled “A Mother-Father Relationship.” Soon, it is expected to win the hearts of the readers.

The book, “A Mother-Father Relationship” by Carl Anderson is going to be one of the most popular books among readers. That’s what the book critiques, the publishing house, and the author expect. Although the announcement for launching the book is just here, people are excited to have it in their collections. Looking at the popularity and the buyers’ excitement, the author feels humbled and shows gratitude to all of the readers who shower love and best wishes for the book launch.

For Carl, the journey of being an author is not just something that happened overnight. He used to be a passionate writer although he never took his love for writing seriously. He says that he has never been the same personality that he used to be in his childhood and in his teenage years. The written words reflect the teenage spirit to express himself and his thoughts. He often used to find a love for writing in the early days of his life. But, the real game began when he took writing seriously. The words flowed and helped him to express his thoughts well. Being a writer, he started to find the emotion and words within himself and he found that. The poetry narrative that he has written in “A Mother-Father Relationship” is exceptional. His book is all about the art of becoming surprised with what the unconscious self of a human being can have. Although, some may find it simple and excellent, deep down in his heart, the author knows it takes courage to write such narratives.

The author Carl Anderson is kind enough to share tips for other authors. He suggests writing as little as possible from a pure will about what a writer wants to express. According to him, writing only from a pure will limits the unique capability of the writer. Also, it makes the art form a boring one. The art piece becomes more like a program than an art piece. So, as the author suggests, a writer should focus on what the subconscious mind holds and write it down.

When the book is going to be a massive success, we can look back to the author’s life. He says that his journey in life has been a struggle as people around him found it difficult to understand him. He chose an artistic way to express himself so that he can communicate with people more easily than ever. Also, he wanted to communicate his ideas, desires, passion for justice, and so on. His sense of justice has always been associated with everybody’s justice. For all of these, it became necessary for him to opt for art and literature.

Anyways, the author expresses his thoughts and the details derived from his subconscious mind in his book. The book named “A Mother-Father Relationship” is more like a documentary on the human being’s subconscious self than anything else. For the unique writing style, and many other aspects the book is going to be one of the most popular choices among book lovers.

Carl Anderson’s book “A Mother-Father Relationship” is going to be published by The Regency Publishers. It is a poetry narrative depicting the details of the human subconscious mind.