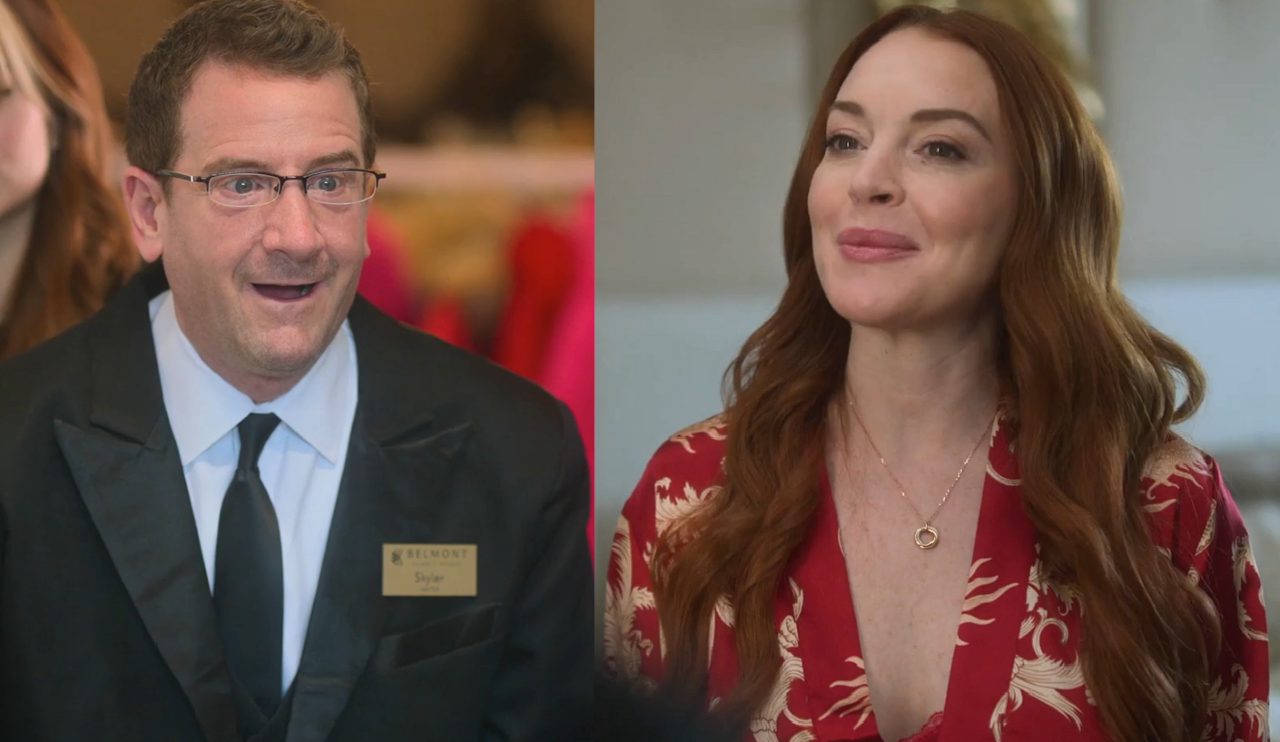 This Lindsay Lohan Christmas romance is a classic from the start. In the days leading up to Christmas, a young and newly engaged heiress experiences a skiing accident. After being diagnosed with amnesia, she finds herself in the care of the handsome lodge owner and his daughter. Chad Wright  plays Skyler the butler, and like all butlers has great inside information to share about Lohan.

“Lindsay Lohan is extremely sweet, very relaxed, gracious, and a delight. She gave me the greatest gift of my career, to be on screen with her,” said Wright. “We played well off each other and have a wonderful on-screen chemistry as a Butler with caviar and champagne that arrived to her hotel room with her “glam squad”, where she decided she wanted something else,” he added.

Wright  says the film, which opened as number one on Netflix and has remained in the top 10 for two weeks in a row, has “sleigh-fulls of comedy with Lohan, just in time for the holidays.” He enthusiastically added that “this show is medicine, laughter and beauty at every turn.”

But Lohan didn’t just act, according to Wright. She was one of the hard-working executive producers making all the magic happen.

“She was walking around set working, actively behind-the-scenes in the filmmaking process, paying attention to details instrumental to its creative success,” described Wright about Lohan’s position as executive producer.

Wright says Falling for Christmas was filmed at a stunning location, with an air of cinnamon and apples that was filmed at Goldener Hirsch Luxury Hotel in the Deer Valley Resort at Park City, Utah with sleek décor and rooftop pools with glamorous models and actresses. A brief video of Wright and Lohan can be seen at this link.