“What Goes Up” follows a young investigative newspaper reporter as he navigates professional and personal challenges at his first job in Allentown, PA, in 1978

Ponte Vedra, FL – January 4, 2021 – In “What Goes Up,” Allen Weiner, a fresh new voice in the mystery writer category, brings to life a novice newspaper reporter named Max Rosen. New to the world of investigative journalism. Max navigates obstacles and challenges with friends and colleagues who are there to help him along the way. As readers, we can follow Max’s growth as he utilizes his native talents, which become a double-edged sword that exposes his vulnerabilities while achieving success. 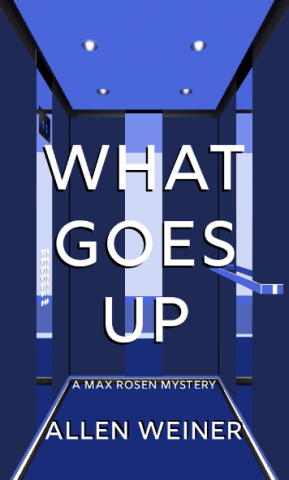 For Weiner, the unorthodox technique of finding newsworthy stories originated from reading about the Great Seal bugging during the Cold War era. “It always fascinated me to find out what techniques reporters utilized to unearth information and tips that led them to big stories,” the author, himself a child of the Cold War, stated.

Allen Weiner is a former newspaper reporter currently living in Ponte Vedra, FL, after retiring from a media career and a noted and quoted technology analyst for a leading global research firm. He has an extreme curiosity about the world, with wide-ranging interests in sports, maps, radios, fermentation, food, and watchmaking. “What Goes Up” is his first novel. As a native of Philadelphia, he decided to write about what he knew, and he is a proud, diehard, often disappointed, Philadelphia sports fan. Weiner draws on his own experiences as a reporter for some of the storylines.

A journalist at heart, Weiner began his career as a reporter and columnist at daily newspapers in Allentown, Pa, and Everett, Washington. Later he was a writer and publisher of and B-2-B magazines in the technology arena. After retiring from media/technology research, Weiner wrote for digital publications like The Daily Dot, Best Reviews, The Spoon, and Sportcasting.com. One of Allen’s proudest accomplishments was leading the team that launched the first newspaper on the web: SFGate.

Overview of the book:

Max Rosen is a twenty-five-year-old man with a powerful digital mind living in the analog world of the 1970s. When his lifelong dream of becoming a lawyer did not pan out, his writing talent and great intellect led him to a job as an entry-level newspaper reporter in northeastern Pennsylvania. On his own for the first time, Max stumbles badly out of the gate in his new job and must use his wits, guile, and excellent memory to get his career back on track. To do this, he implements some unorthodox, less-than-legal tactics to avoid an implosion of his personal and professional life. He meets some interesting characters along the way and relies on some of his old, lifelong friends to get the facts for his reporting assignments.

The author is available for phone or Zoom interviews.

The second in the Max Rosen Mysteries, “Tickle Takedown,” is scheduled for release in March 2021.