According Wes Mussio in order to sell what will be a very severe system that takes away victims’ rights when it comes to car accidents in British Columbia, ICBC has carefully structured their website in an attempt to convince the British Columbia public that it’s a great idea to go no-fault. In this article, we ask Wes Mussio to comment on statements made by ICBC in their website.

Coming May 2021, Enhanced Care coverage will save drivers money on their insurance – approximately 20 per cent or $400, on average – and give British Columbians access to significantly enhanced care and recovery benefits if they’re hurt in a crash, regardless of who was responsible.

Wes Mussio commented, “There’s definitely going to be some cost savings to ICBC because they are no longer paying pain and suffering, full wage loss, full out-of-pocket expenses etc. to the injured victim. That is, the injured victim loses rights for sure which translates to savings for ICBC. However, ICBC is going to be spending a lot more money on administration of files by highly paid unionized adjusters which is a very expensive model to run. Every single jurisdiction across Canada has found that these sorts of long-term care models administered by high paid staff are cost prohibitive and eventually, most insurance companies move away from the situation where files are opened indefinitely to administer medical expenses to claimants. Ontario is the obvious comparable jurisdiction.

“Basically, we all know in the insurance industry, ‘a closed file is a good file’ as the quicker the file is closed the more the cost savings. This ICBC program does the complete opposite. Files are seldom closed quickly but that helps keep unionized jobs that otherwise would be unnecessary under the system. More troubling, you have the situation where ICBC is adding a huge number of at-fault driver to the new compensation system, the ones that caused the accident due to his/her negligence, bad driving or distracted driving. When you add in close to double the number of claimants, and you have highly paid unionized adjusters administrating the files indefinitely, it’s a very very expensive program. I’m almost certain that ICBC will not see those cost savings and in fact, they will find that the new program is more expensive than the current one.” 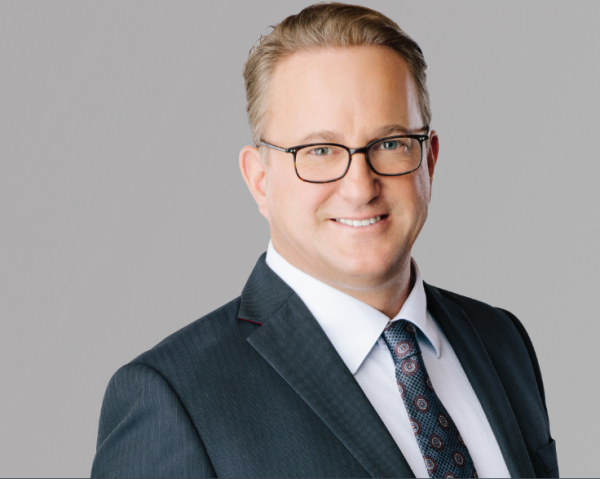 How (do we save money)? The costs associated with our current litigation-based system, like those for lawyers and legal fees, are largely removed. Those savings will go toward lowering rates and improving benefits.

Wes Mussio responded, “This statement is very misleading but it is the NDP government talking point aka ‘blame the lawyers. The truth is that a car accident victim receives a settlement under the old system and the file is concluded. That claimant may or may not have a lawyer. If they have a lawyer, they usually pay a portion of that settlement to the lawyer because the lawyer spent a lot of time and energy helping achieve a better result. ICBC doesn’t pay the claimant’s lawyer. The truth of the matter is that what they’re trying to do under no-fault is reduce the amount of money going to the injured victim and it has nothing to do with lawyers except that without lawyers, ICBC will be in a better position to take advantage of injured victims. If ICBC truly wanted to save money on legal costs, they could easily just pay fair compensation to injured victims before they are forced to hire a lawyer. Even if a lawyer is hired, ICBC could settle early and fairly saving vast amounts of money but currently, ICBC is so litigious they drive up legal costs extending files for years. It is time for ICBC to look in the mirror!”

Enhanced Care coverage will provide anyone hurt in a crash with significantly more care, recovery and wage loss benefits than they receive today.

It will replace the accident benefits included in your basic ICBC insurance, the mandatory coverage that all British Columbians who own and drive a motor vehicle in B.C. must purchase. If you’re injured in a crash, the new maximum allowance for care and recovery benefits will be at least $7.5 million – that’s 24 times what’s available today. You’ll also have access to much higher wage loss payments, and expanded benefits in the event of a serious or catastrophic injury. That means you won’t need to sue to get the care and compensation you need.

Wes Mussio clarified, “This statement is very misleading. Currently, where you are injured at no fault of your own, you receive pain and suffering, full past wage loss, future loss of opportunity, full medical expense cost, future care, loss of housekeeping services, etc… The ICBC benefits they are now offering under the new system don’t come close to covering the amount an injured victim receives under the old system. It is true that individuals that caused the accident by their own negligence, distracted driving or poor driving habits gets more under the new system but we really shouldn’t be rewarding individuals causing accidents, which is exactly the result of no-fault. The other thing is that ICBC is boasting about the large maximum allowed amount of $7.5 million. That number could be $20 million or more. The point is that almost no claimant will ever come close to that maximum. ICBC and the NDP know that but are putting forward a huge number to mislead the public that no-fault has all sorts of great coverages, which it doesn’t. This approach solidifies the fact that ICBC and the NDP are prepared to go to great lengths to mislead the public in their attempt to ‘sell’ this terrible no-fault program as being a good thing for everyone.”

The lower rates and improved benefits of Enhanced Care coverage are possible because the costs associated with our litigation-based system will be largely removed.

Today, B.C.’s auto insurance system involves high legal costs which directly impact the insurance rates you pay. Under Enhanced Care coverage, in most situations you will not be able to sue the at-fault driver in a crash. However, you won’t need to, because Enhanced Care coverage offers care, recovery and wage-loss benefits for as long as you need them – even if that’s for a lifetime. There will still be independent options to help customers resolve disputes and some situations where taking legal action against a dangerous driver or negligent party is possible. Government is also taking steps to ensure British Columbians will be treated fairly when they have a claim with ICBC.

Wes Mussio remarked, “Again, this statement is very misleading. The Enhanced Care coverage provided by ICBC under no-fault doesn’t even come close to full compensation for an injured victim. Remember that ICBC is taking away pain and suffering, full wage loss, full out-of-pocket expenses, full future income loss, full future care, etc… What an injured victim is left with is having to constantly deal with an ICBC adjuster, who is trying to save money for ICBC and who has no checks and balances in place for his/her misconduct. The injured victim has really no recourse to dispute the ICBC denials, and you can expect a lot of denials, because there is no safeguards in place for the system such as the right to hire a lawyer and to sue if you don’t like the decision of ICBC. Bluntly put, ICBC is taking away your legal rights to dispute the decision-making of the ICBC adjuster.”

The B.C. government is also taking steps to increase ICBC’s accountability and transparency to British Columbians, including appointing a new fairness office, more regular reporting on how your insurance premiums are spent, and giving you a chance to have your voice heard.

Wes Mussio responded, “In my 30 years of practice, ICBC has had various committees and internal appeals available from time to time, none of which were helpful to an injured victim. Every single one of these fairness programs has failed miserably because what happens here is you have an ICBC paid individual making the decision about another ICBC paid colleague and hence, there is inherent bias. The NDP government has decided to take away legal rights under no-fault for the main reason of making it next to impossible to challenge any decision from ICBC. The adjuster is the judge, jury and executioner basically. Without the ability to sue with a lawyer, people will be faced with accepting whatever ICBC has to offer without any real recourses to challenge a poor decision by an adjuster. In other words, this is a very one-sided process stacked in favour of ICBC.”