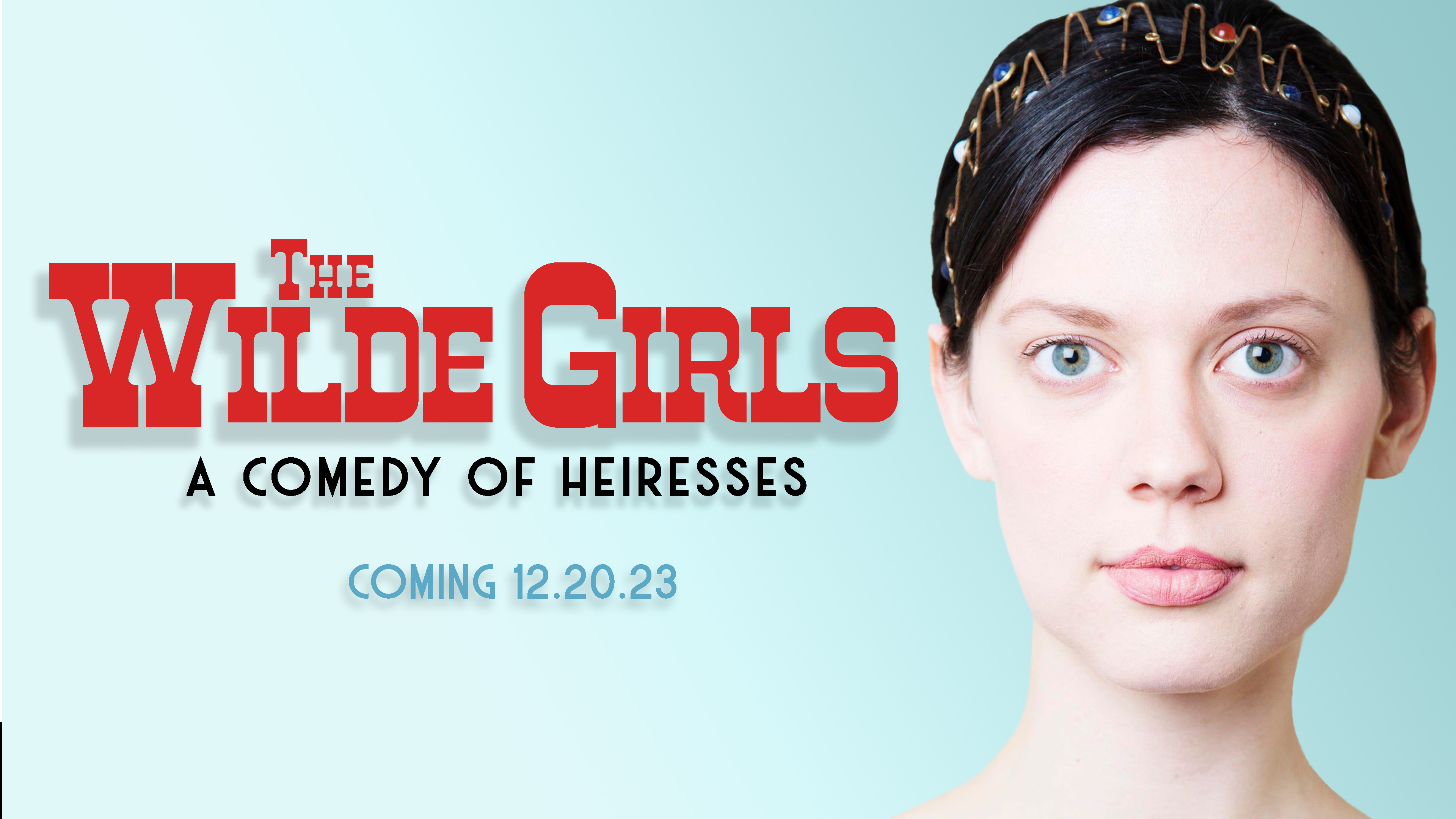 Above: Newcomer Ellie Lehman will play Mattie Wilde in Timothy Hines’ new comedy movie The Wilde Girls, one of two sister heiresses to a mega-fortune stolen from them and whom have been discarded in the wilderness with no survival skills. The feature production is to begin filming this spring.
Director Timothy Hines’ new comedy movie is set to begin filming on location in Washington State the spring of 2023. The movie is set in 1932 during the Great Depression in the wilderness of Washington State.

Details on the production are scarce at this time as the creative powers plan to reveal more once filming is complete.

Above: Sets and locations are in preparation for Timothy Hines’ The Wilde Girls.

However, the Pendragon Pictures team revealed that The Wilde Girls is a comedy feature that takes place in the year 1932 in the heart of the great depression.

Two clueless socialite heiresses with zero survival skills are dumped in the wilderness when they are cheated out of their fortune upon their father’s death. Their problems are compounded when they discover a price has been placed on their heads to ensure they will not return and through a series of missteps become hopelessly lost in the wilderness. An unenthusiastic alliance with a misanthropic mountain man, to be played by rising star and super popular stand-up comic Teddy Smith, may be their only chance of escape.

Above: The Wilde Girls has a planned release date of December 20th, 2023.

Director Timothy Hines (Tomorrow’s Today, 10 Days in a Madhouse, War of the Worlds the True Story) says, “As a boy and into my young adulthood I recorded hundreds of hours of the stories of survivors of the 1930s Great Depression. There were loads of amazing and improbable experiences that I always one day intended to fashion into a movie. Then a combination of things, watching streaming videos of clueless entitled women dubbed “Karens” led me to the idea of wondering how these women would survive if pitted against real danger, pitted in real survival situations. Being a fan of aristocracy dramas like Downton Abbey, it hit me to ask, ‘How would someone who was raised so wealthy that they never visited the kitchen in their own house survive in such a situation?’ And the idea was hatched.”

Hines said the script practically wrote itself, “I didn’t really write the script as much as channel it. The characters took over and I continually laughed out loud as they spoke and told their story. It was a joy like I have never had in writing. When I shared the script, literally everyone had the same reaction. It is belly laughs and a good story with much deeper undertones dealing with grief.” 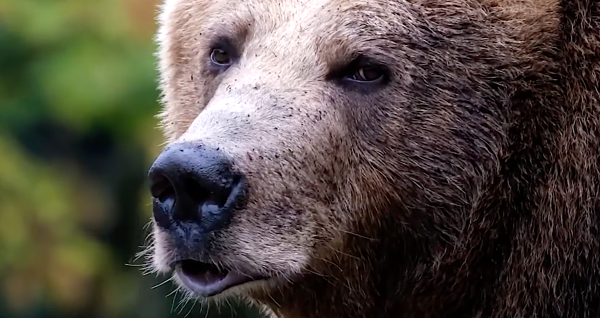 Above: Tinsley and Mattie Wilde, wealthy New York City heiresses, are no match for a brown bear they encounter and have no idea how to survive in the face of real danger in the pre-electrified forests of early 1930s Depression Era Washington State.

The film will be produced by Hines’ longtime partners, Susan Goforth and Donovan Le who produced the acclaimed movie 10 Days in a Madhouse starring Christopher Lambert (Highlander, Mortal Kombat), and with Kelly Le Brock (Weird Science, Woman in Red). Dominick Martini, executive producer of the successful and critically acclaimed Tomorrow’s Today, will co-produce with on-set duties alongside Goforth. 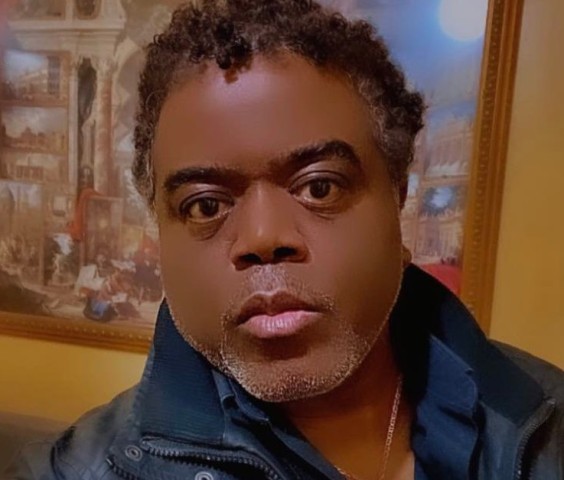 Above: Teddy Smith is to star in The Wilde Girls as a hermit mountain man who wants nothing to do with the two Wilde sisters he encounters, but fate draws them together.

The principle star talent for one of the main characters, “Tinsley”, has yet to be announced. Besides Teddy Smith, the starring cast includes newcomer Ellie Lehman, who will be joined by Tomorrow’s Today alumni, the brilliantly funny Joanne Scorcia, Adam Gabel with Colin Buckingham, Annunziato Carbone, Dino Castelli and will include roles by Heidi Kravitz (10 Days in a Madhouse), Dominick Martini, Susan Goforth and Donovan Le. More cast members to be announced. 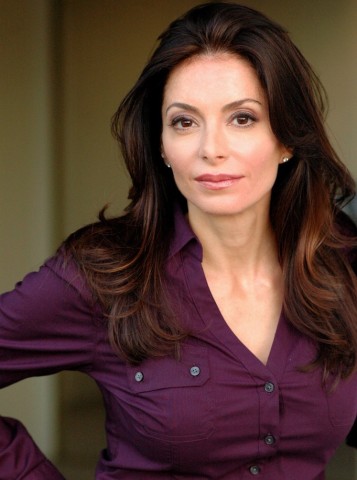 Above: Tomorrow’s Today star Joanne Scorcia will play Florence Wilde, one of the evil aunts who steals Tinsley and Mattie Wilde’s fortune and dumps them in the woods with a hit on them. (Photo credit: Maria ‘Luna’ Rangel) 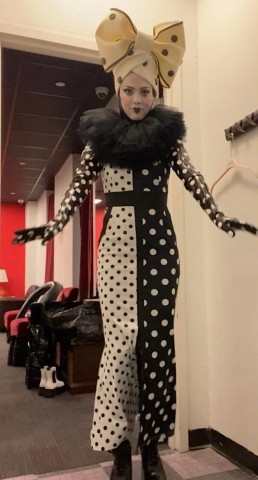 Producer Susan Goforth says, “With the success of Tomorrow’s Today making it onto most worldwide platforms such as Comcast NBC Universal’s Xumo, Fox’s Tubi TV, Apple TV, Amazon Prime Video, Mometu, Plex, with wins in dozens of film festivals across the globe, including best cast with Kelly Le Brock and best supporting actor for Burt Young at the Marina Del Rey Film Festival in Los Angeles, none the least the film currently being considered for Oscars® in the upcoming 2023 95th Academy Awards®, we are through the roof to reunite with some of the strong talent that helped create that success.”