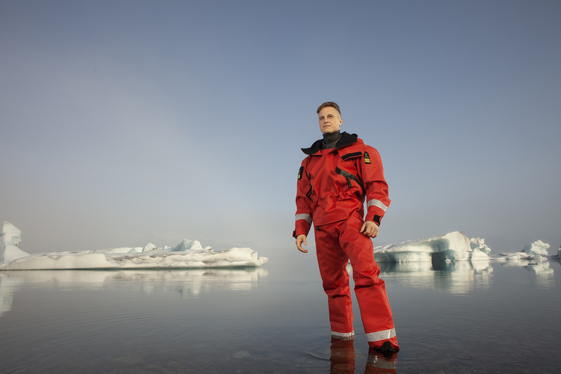 DECEMBER 13, 2022 – The world’s most record-breaking explorer, Fiann Paul, and his team will embark on The Shackleton Mission, an 800 nautical mile journey across the Southern Ocean and the Scotia Sea, in some of the most tumultuous ocean waters on the planet, on January 12th, 2023. They were inspired by the voyage made by Shackleton and his crew in their lifeboat between 1914-1917, which, despite many dramatic failures, ended with the heroic survival of the entire 28-person crew, and has been called the greatest small boat voyage of all time. Fiann Paul hopes to have the Polar Medal, the world’s most prestigious award for polar exploration, awarded posthumously to a member of the original crew, Harry “Chippy” McNish, who was overlooked at the time despite being one of the most competent team members. The boat of the 2023 expedition is named “Mrs. Chippy,” in memory of Chippy’s cat who accompanied the original voyage.

The team will row the Southern Ocean and the Scotia Sea, which exceeds the difficulty level of the widely feared Drake Passage, for a total of 18 days. During the expedition, the six ocean rowers will be rowing in groups of three 24 hours a day, changing shifts every 1.5 hours. The group will face waves the size of buildings, risk of collision with icebergs, freezing winds, high humidity, and sub-zero temperatures. “Pack ice on a high swell is the scariest environment that a small rowing boat can ever encounter,” Fiann Paul states.The environment will not be their only challenge, the mission promises sleep deprivation, hunger, risk of injury and illness, and exhaustion.

The Antarctic Treaty requires the expedition to be accompanied by a supervising vessel. That vessel will serve as a platform for a documentary film crew to shoot a full-length feature film about the expedition. It will also house a space for groundbreaking scientific research to bring the world’s attention to the impact of human exploration in the once-pristine environment of Antarctica. Crew member Dr. Michael Matson will lead research using digital technology in real-time to highlight the challenges facing marine biodiversity in Antarctic waters, including live-charting illegal fishing vessels throughout the journey. The mission’s goal is to secure protection for critical marine ecosystems in the region. Dr. Matson says, “This is such a once-in-a-lifetime experience. A large part of my life is dedicated to addressing climate change, and it is so important to never lose sight of the world we are trying to save. I cannot wait for our amazing encounters with wildlife in the area.”

The expedition will be led by Icelandic explorer Fiann Paul. He is the world’s most record-breaking explorer, who holds 14 world’s firsts, which is the highest number ever ratified by Guinness World Records. His many accolades include being the first and the only person to achieve the Ocean Explorers Grand Slam-completing open water crossings on all five oceans using human-powered vessels. He was also the captain of the only three successful human-powered pioneering expeditions into the open waters of both polar regions, where he rowed some of the world’s most extreme seas. And in 2019, he led the Impossible Row Expedition, where he and his team were the first to row the Drake Passage. His team consists of First Mate Dr. Mike Matson (USA), Jamie Douglas Hamilton (UK), Lisa Farthofer (Austria), Stefan Ivanov (Bulgaria), and Brian Krauskopf (USA).

The completion of the Shackleton Mission will mark the end of Fiann Paul’s ocean-rowing career. “If I successfully finish this expedition,” Captain Fiann Paul says, “It will be a beautiful feeling to leave this space undefeated. The best moment to change direction and charter a new course is when you are at the peak of your career, and you can use the momentum.”

Fiann Paul is an Icelandic explorer, athlete, artist, speaker, and Jungian psychoanalyst.  He is the world’s most record-breaking explorer and holds the world’s highest number of performance-basedGuinness World Records ever achieved within a single athletic discipline. Paul was the first and only person to achieve the Ocean Explorers Grand Slam, completing open-water crossings on each of the five oceans using human-powered vessels. He also led the most record-breaking expedition in history and the only three successful human-powered pioneering expeditions into the open waters of both polar regions.

He holds four academic degrees and is a trained Jungian psychoanalyst. His work includes discussing the psychology and psyche of explorers and endurance athletes and traits of successful people and leaders. Paul is an artist and photographer whose work encompasses indigenous people, Arctic landscapes, and social and environmental issues. His outdoor art installations have decorated the main streets in Iceland’s capital city of Reykjavik, as well as other cities all over the world.

He is an anthropologist by passion who has lived on every continent. His unique approach to life, bringing together physical, artistic, and intellectual excellence, has led him to be described as a modern-day Renaissance Man.