Birmingham bred and Nashville based pop-rock outfit The Indigo is set to release their debut single, “The Way You Say No” on September 4th recorded and produced by Toby Hulbert at East Avalon Recorders in Muscle Shoals, Alabama, and Sound Emporium in Nashville, TN with mixing credentials at the iconic Abbey Road Studios in London, England. 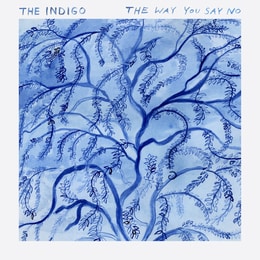 The single combines the alt-rock spirit of the Arctic Monkeys with an easy-going sparkle of Lennon-McCartney inspired harmonies. The song captures a tongue in cheek perspective of the melancholic pursuits of love, channeling lyrical inspirations from songwriters like Morrissey and Robert Smith.

Colby Wilson describes the writing process, “We were writing about the admiration of a muse-like figure, but with the perspective of being rejected, while still maintaining the pedestal we put her on.”

“The Way You Say No” was produced by Toby Hulbert, who prior to being the primary engineer for six-time Grammy winner Dave Cobb, cut his teeth assisting on records for artists such as Frank Ocean, Nick Cave, and The 1975.

Set apart by their nostalgic sensibilities, and produced with high fidelity attention to detail, The Indigo are poised to make a big splash in 2020 with “The Way You Say No.”

Visit The Indigo Instagram page (https://www.instagram.com/_indigo_music_/) and listen to the newr release on Spotify (http://open.spotify.com/artist/3AhIuJDzrjs76vDFOYuZMx).

For all press inquiries please contact Mozy Media Co. at MozyMediaCo@gmail.com or 248-840-1650.