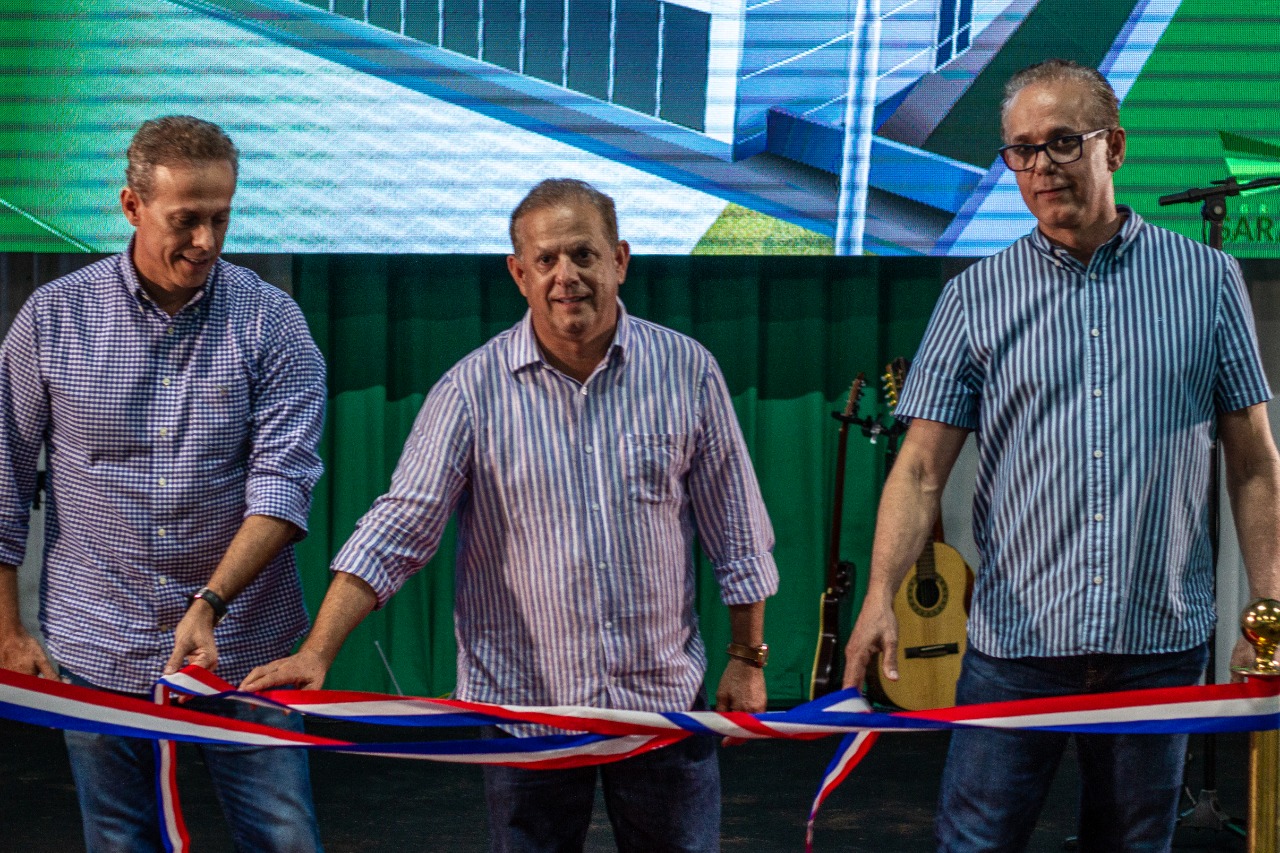 The company Agrofertil launched new business units in Paraguay expanding its static capacity for grains stockpiling to 500.000 tons monthly, including its port facilities. The new silos located in the departments of Itapua, Canindeyu and Alto Parana have the possibility of processing soybean, corn and wheat in different seasons.

Sarabia Group’s director, Paulo Sergio Sarabia, highlighted that much of the company’s commercial success is due to the relationship with the producer, providing technical assistance during the entire production process using technicians specialized in the products they have in the market and the final result the producers achieve with those products and services.

Additionally, Paulo Sergio Sarabia pointed out that with the expanding of the static capacity in different departments, Agrofertil strengthens its presence in the productive areas of the country. He also detailed that the new silos are located in: Naranjito, Ynambu and Morenai in Itapua department, La Paloma in Canindeyu department; Fortuna I, Morenai and Durango in Alto Parana department in Paraguay.

Sarabia Group’s directive assured that with the new building infrastructures, Agrofertil shows its commitment to the development of the communities and technical production. He explained that the new silos have storages, dryers, trucks dumpers, offices (administrative, technical and of services) and accommodation houses for the staff. The company of Sarabia Group is market leader in terms of commercialization and grains stockpiling, keeping a direct relationship with the producer to whom they treat as commercial partners and give the possibility of paying the supplies used during the crop with the production harvested.

Agrofertil has been betting on the social development of the communities where it’s present, through the investment and corporate objective of supporting its clients throughout the productive process, providing growth opportunities in a society committed with the producers. Currently, Agrofertil is one of the main contributor of agribusiness taxes, above several multinationals.

The companies of the Sarabia Group have been working for over 30 years in the Corporate Social Responsibility project, via projects that strengthen to the productive communities. During the Coronavirus pandemic, the business group merged its actions in favor of the society and launched the Juntos Sumamos campaign, through which the group donated 121 tons of food to 5500 families in vulnerable situation.

As part of the campaign the group also helped the enhancement of public health, donating 17.000 liters of hand sanitizer to different departments of the country and 7.000 biosafety equipment for the health workers in the fight against the spread of the pandemic in Paraguay.

Agrofertil is a company of the Sarabia Group. Its directives José Marcos Sarabia, Paulo Sergio Sarabia y Antonio Ivar Sarabia actively participate in innovation and development activities of the company, also promoting activities in favor of the most vulnerable sectors of the society.