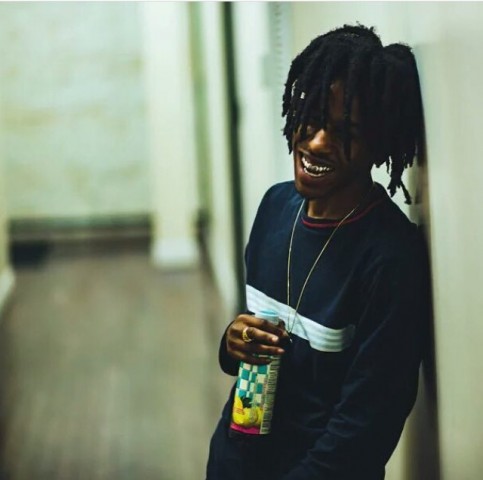 Born in Charlotte, North Carolina, Tori Ridely AKA 143Kuskii is a talented artist who loves experimenting with his music style. Initially, he was not sure of getting into the music business and used to do music just for fun, but he later started to develop a liking towards it. What started as a hobby, soon became a passion, and 143Kuskii decided to pursue music as a career.

“I never thought of being a rapper but one day, my friend bought a mic and he wanted to rap and we started to do freestyle. We uploaded the video and it reached 1000 in a couple of days so I felt I really do have a chance to make this my life. I always loved listening to music but that day, I learned that I love making music too”, adds 143Kuskii, telling about how he started making music.

143Kuskii recently dropped 2 singles “Bounty” and “Runaway”, in 2020. Both these tracks are inspired by 143Kuskii’s personal life experiences. “Runaway” is about a feeling of escaping from all the worries and problems of adulthood and wanting to go back to the days when the artist was young and the days were better. “Bounty” is about the emotions the artist had when he discovered the evil intentions of people around him, whom he considered as his friends. Both the tracks are masterpieces handcrafted by the artist to make nothing less than perfect and have gained widespread support and appreciation from the listeners in a short period.

143Kuskii doesn’t like to box his music style to any particular genre rather, he loves experimenting and playing with various sounds and rhythms. He says that once he connects with the beats of any track; the melody follows naturally while making a song. He draws inspiration from Kid Cudi, who happens to be the first artist to influence him as a kid.

143Kuskii asks his fans to stay tuned for his upcoming project, which is a mixtape and is scheduled to drop in August 2020.

Listen to the tracks “Bounty” and “Runaway” now on Spotify.com.