The Cyber-Monkeyz is a music and video collaboration between a mysterious artist who goes by the name of “The Dread Pirate”, and another gifted artist called “Hana the Great”. Together they are breaking every single rule that the music industry has enforced by challenging generic norms and transcending every principle of songwriting that we have known to date.

What they bring to the table is something completely unexpected and unanticipated, and is their unique sound.

When these two masterminds get together in their studio, they make pure magic with their bewitching songwriting and producing process. We can experience that in all its glory in their newly released song “Beyond Extinction” from their studio album “Love Thy Hana”.

The Dread Pirate is considered to be a kind of musical savant. He is a super talented songwriter and music producer who prefers to remain anonymous behind his stage name. He is also sometimes referred to as “The Pirate Lord”, perhaps as an attestation to his actual grasp over music and his prowess over it.

He comes from the United States of America. There is really not a lot of personal information of himself he has made available over the internet, but he does not need to. For his music speaks of all that we need to know about him, and it is absolutely revolutionary. 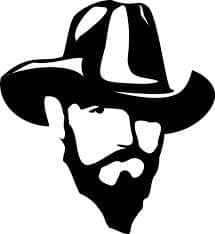 The other half of the collaboration, Hana, is from Scotland. She is a phenomenal vocalist and appears to be the only frontman, in all intensities of that word, of the band. She is the one whom we see on all the music videos of the band we find on YouTube.

Hana is a bit of a master of music theory. She is not only a vocalist but also a world-class musician, songwriter herself and she travels all around the world, teaching music to underprivileged children in different countries.

In their music videos on YouTube, they use normally use montages that their fans send them with themselves playing different characters in the music video or lip-syncing to the lyrics and the chorus of the song, which gives a very personal touch to their music video and lets the band convey their regards and gratefulness to their fans who matter.

Currently represented by the music label “Legacy Entertainment”, the duo aim to dismantle the idea of music as we perceive it and build their own foundation of it from the scratch and make a new vision.

Their current song “Beyond Extinction” drew a little criticism and confusion because it gives off the idea that the song does not have a chorus. It was a risque attempt from the artists but the song sounds great nonetheless. It has a message, it has visuals, and it does a great job at showing the creative process that went into its making.

The video of “Beyond Extinction” on YouTube has depictions of the famous TV series “Reign” about Mary, Queen of Scots, the ruler of Scotland, and King Francis, the ruler of France. The music video is a rollercoaster ride about the love story that Mary and Francis shared.

You can listen to their music on Spotify, where the album is present for your merry listening. For the video link to YouTube, click here. You can go and follow them on Spotify and add their music to your playlists.