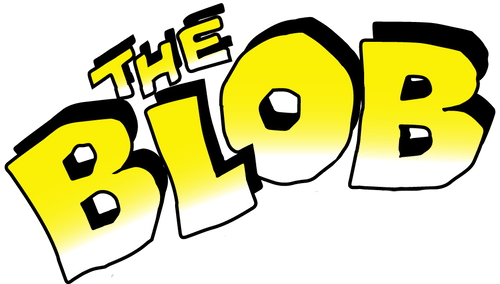 The original 1958 sci-fi horror movie, The Blob, is making a triumphant re-release to movie theaters this Labor Day weekend for the first time in a digitally remastered format.

The 1958 cult classic, The Blob, is back. Blob-o-rama 2022 marks the return of the pop-culture hit movie, The Blob, to movie theaters across the US. Over 60 years after it graced the silver screen, The Blob is set to delight theater audiences for a never-before-seen digitally remastered version over the Labor Day weekend.

Widely regarded as one of the most influential sci-fi horror movies of all time, The Blob showcases “King of Cool” Academy Award nominee, Steve McQueen in his first starring film role and is highlighted by The Blob theme song written by six-time Grammy Award winner and three-time Academy Award winner, Burt Bacharach and eight-time Academy Award nominee, Mack David, which became an instant hit on the Billboard Hot 100 in November 1958. The Blob routinely appears in Top-10 sci-fi and horror movie lists and is part of the prestigious Criterion Collection.

For decades, The Blob has brought movie buffs together and provided talking points and conversation starters for film aficionados and lovers of science fiction and horror. Blob-o-rama is a celebration of The Blob and its incredible ability to engage audiences throughout the generations. This Labor Day weekend, movie fans will be able to watch The Blob nationwide at their local Cinemark, Regal Cinemas, and many other independent theaters. Fans keen to get in on the action are advised to check locations and times to avoid disappointment.

More information about The Blob movie and plans to celebrate Blob-o-rama 2022 are available at https://www.homeoftheblob.com/screenings.

Show up to the theater in your favorite Blob themed gear by heading to The Blob Official Merchandise store at https://www.homeoftheblob.com/shop

The BLOB storyline concerns a growing, corrosive amoeba-like alien that crashes to Earth from outer space inside a meteorite in a small rural Pennsylvania town. The meteorite is discovered by teenager Steve Andrews (Steve McQueen) and his girlfriend, Jane Martin (Aneta Corsaut) while kissing at lovers’ lane. The creature devours and dissolves citizens growing larger, redder, and more aggressive. Ultimately, the creature is captured and transported to the Arctic by the Air Force, with the admonition that the creature is not dead, but at least will be stopped. Steve replies, “Yeah, as long as the Arctic stays cold.”

Judith Parker Harris is the CEO and President of Worldwide Entertainment Corporation, the production and distribution company founded by her late husband, Jack H Harris, and home to a catalog of noteworthy films, including the 1958 Sci-Fi classic film, The Blob.