The Pandering is now on Amazon: 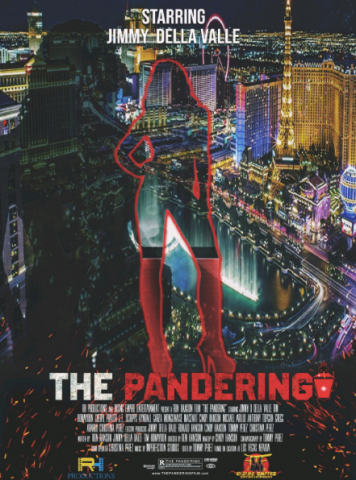 Lead actor Jimmy Della Valle has many TV credits such as HBO’s The Sopranos, Without a Trace, My Name is Earl & more. Ron & Cindy Hanson (Owners of RH PRODUCTIONS) have been involved with producing films for over 6 years now. Ron is known for his go get ’em attitude and is a great professional to work with. He enjoys every aspect of making films and has a great passion for the craft. He treats all his cast and crew like family and really cares about making sure everyone is doing their jobs and still enjoying their time on his sets.

“No one can bring a cast and crew together better than Ron. He has the gift of gab. A true brother in the industry.” Tommy Perez – Owner of RISING EMPIRE ENTERTAINMENT

The film, although a dark comedy, shows the dangers of walking the Vegas streets alone.

The film is fun with a serious undertone. Human Trafficking is real and people should practice being safe when going to a big city to have fun.