Los Angeles – Renowned publisher and community leader Keri Freeman promoting diversity in the community. She is creating awareness among more than 2 million people annually through Downtown Weekly LA, a Los Angeles based newspaper known for sharing news, events and hospitality. 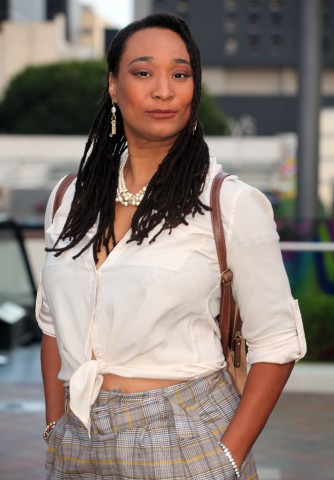 The leading pioneer in the diversity sphere, Keri’s newspaper specializes in supporting diversity throughout the buzzing and flourishing city of Los Angeles, home of many people belonging to different color, race and region. Over the last 25 years, Keri Freeman’s achievements in the industry have made her a pacemaker with significant contributions. Keri was born in New York City and has been instrumental to creating a diverse and robust Los Angeles.

After leading multiple publications, Downtown Weekly LA was officially established 2016, with the mission to promote a diverse and healthy DTLA. Motivated by the desire to become a global expert in her field, she undoubtedly paved the way for diversity in DTLA Media to become a premier source for local news. She is the surefire publisher across LA’s most exceptional waterfront and golf course communities, an attributed that has earned her three recognitions by the City of Los Angles since inception.

She is the second African American female to publish a downtown Newspaper in 100 years, Keri’s Downtown Weekly is her fifth publication and community resource. She is also the brain child behind the Gallery Row Art Walk News (The Grawn) established in 2009.

She is proactive to accept new challenges, she always commits her mind and efforts to giving her very best; never allowing circumstances to distract her from achieving what she has set her mind to do. While it had taken just under 4 years to establish the Downtown Weekly as a valued community resource with over 150 locations when COVID-19 hit, Keri is still able to generate enough adrenaline to carry her to the completion of what she does, with audience satisfaction her ultimate objective. She is well known for her ability to inspire others through her liveliness and hard work, with commitment and dedication her selling points.

Leveraging her attentive to detail skills, Keri noticed reoccurring stereotypes and lack of diversity in the community news, an action that prompted her decision to champion diversity, speaking out to those platforms and leading with DTLA weekly. Highlighting the fact that people of color were only being posted on the sites as janitors while others were being posted as Downtown’s happy new inhabitants, movers and shakers, Keri tried to appeal for the dignity of colored people.

While being a woman of character at a time when there was no BLM movement made things challenging for her, she persevered. Being an African American who had added significant value to the town revenue herself, it was only fair to give consideration to her requests.

Unfortunately, finding and keeping support for business became an uphill climb for Keri, but her dedication led the way, opening up avenues for revenue. She believes that people, regardless of race or color, are the root and foundation of our communities; to build strong communities, we must fortify the root! For the next 4 years, this was Keri’s motivation towards making entrepreneurial sacrifices and pushing her body, mind and spirit to the limits and believing that it would eventually pay off.