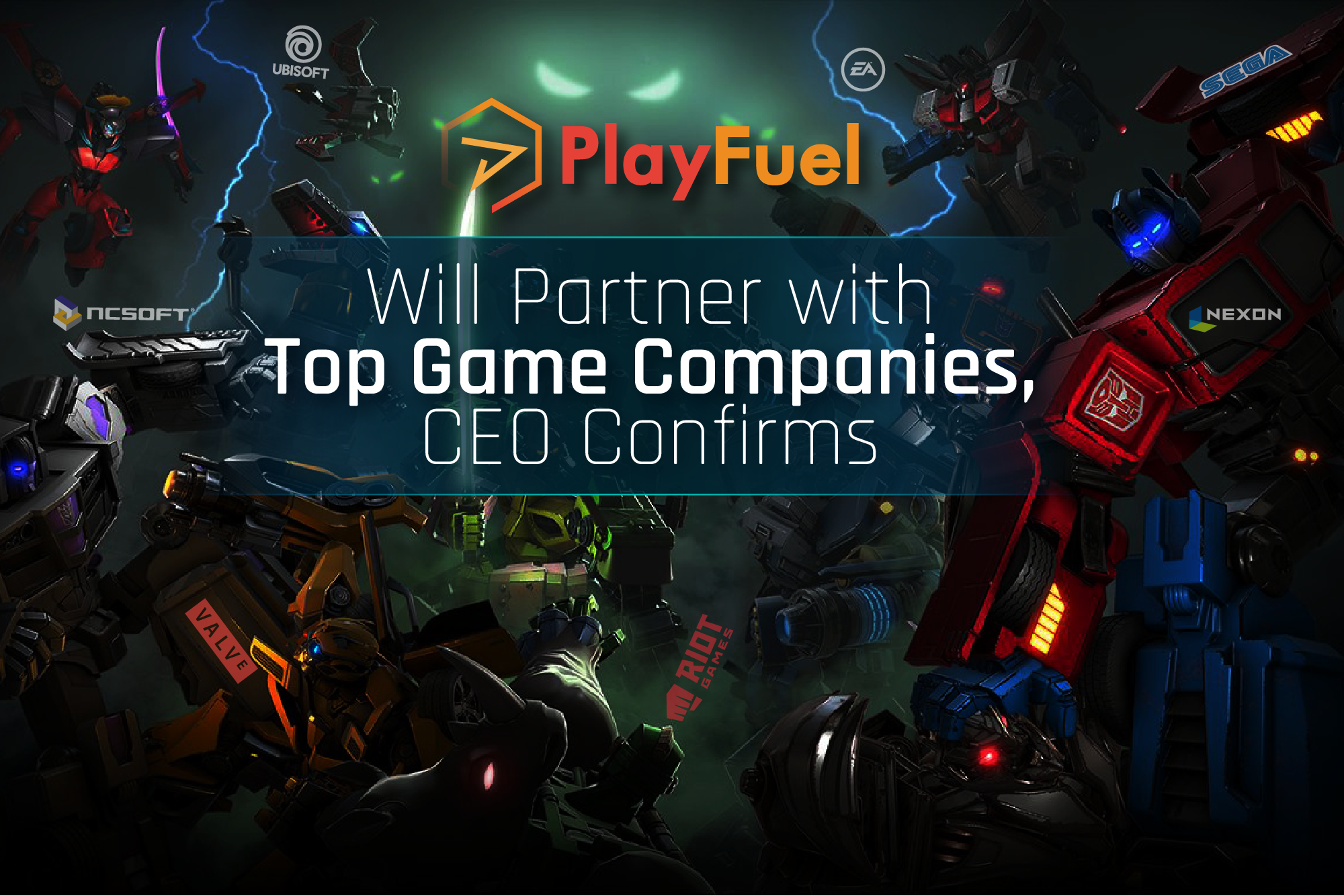 PlayFuel Will Partner with Top Game Companies, CEO Confirms
“After successfully listing PLF on these top exchanges, our team is working on the strategic partnerships with the top gaming companies,”

Game-changing blockchain platform PlayFuel announced that their team will partner with the biggest gaming companies in the world. The company’s Chief Executive Officer, Siddharth Chordia revealed that their next move for the platform is to form strategic partnerships to innovate further and create a bigger ecosystem for PlayFuel.

After successfully listing on eight top exchanges (namely BW, Coinbene, STEX, Crex24, Hotbit, DigiFinex, Bilaxy, and Mercatox), PlayFuel continues to move onward to the next steps needed to further the company’s growth. According to Mr. Chordia, their team is working on the next big thing which is partnerships with big names like Nexon, NCSoft, EA Games, and more.

“After successfully listing PLF on these top exchanges, our team is working on the strategic partnerships with the top gaming companies,” he said. He explained that PlayFuel’s blockchain integration is very beneficial for gaming companies as it solves many of the existing problems in gaming right now. These problems include hacking, item duplication, and in-game currency manipulation to name a few.

Chordia underscores that PlayFuel solves these issues using the inherent characteristics of blockchain technology. It appears that the PlayFuel Team has developed a blockchain system that will greatly enhance the overall user experience of gamers. The team believes that this is something that the biggest game companies are seeking to integrate. “Companies like Nexon, NCSoft, EA, Ubisoft, Sega, Valve Corporation, Riot Games, and Activision Blizzard are just some of our target partners,” Chordia mentions.

PlayFuel Chief Technology Officer Awais Sakhi also expressed his positive outlook. “We are gamers ourselves, and we experienced the problems that we are trying to solve. That’s how we know that what we are building is something great that will benefit a lot of people,” he mentions. He also mentioned that the PlayFuel Team believes in the potential of blockchain technology and its applications in gaming.

Aside from these key partnerships, the PlayFuel Team is also working on listing on more exchange platforms in 2020. While PLF is already listed in eight of the top exchanges, the team expressed that they are working to list in more. According to the PlayFuel Team, listing in exchanges will not only spread awareness about the PlayFuel platform but also make PLF more easily accessible to the public. PLF supporters can expect that PlayFuel will list in more of the best exchanges this 2020.

Check Tokenncoin for the latest price updates of PLF and see how it is faring along with other cryptocurrencies.

For more information about PlayFuel and their partnerships, check out their official online channels.