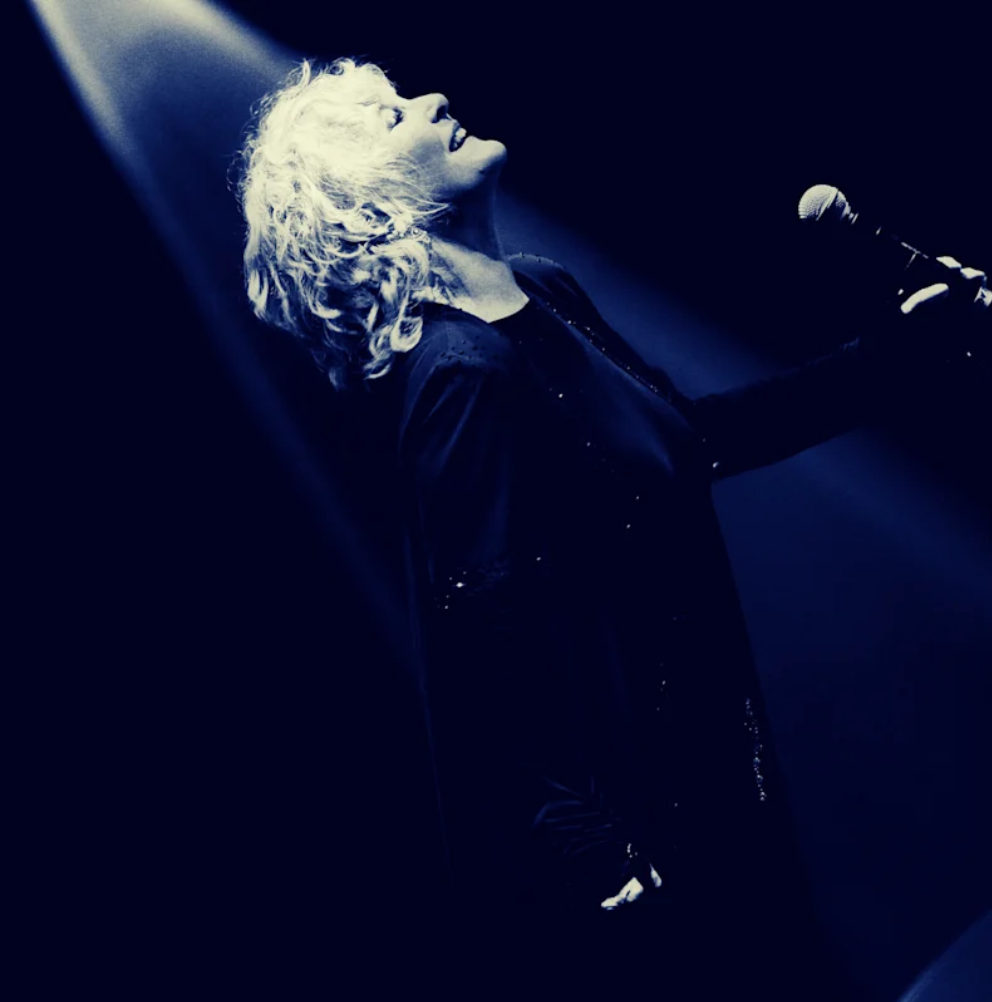 Petula Clark was born in Epsom, but her love of music began at a very early age in her mother’s land of Wales. She was already a star in the U.K by the age of 9, singing for the troops stationed in England during World War II.

Many years later, when, after marrying French PR man Claude Wolff, she moved to France. Almost without trying, she soon became a star in that country and across Europe, also recording in French, Italian, German and Spanish languages…

While still living in Paris, English songwriter Tony Hatch visited her and presented his new composition: “Downtown”. The recording was made in London and destined to become a worldwide hit, leading to a string of top ten records and taking Petula’s career to an international level. To date, Petula Clark has sold over 70 million records worldwide. She has been living in Geneva, Switzerland for many years, where she met up with Charlie Chaplin who wrote one of her major hits “This Is My Song”.

Petula Clark, married to a French man, is perfectly bilingual. France also holds an important part in her life because, after her husband, it is there that she meets Thierry Wolf, who is sometimes presented as her son and that of Claude Wolf. But this heir of a count of empire and General in Napoleon’s army is in fact the president of a major European company, (FGL PRODUCTIONS) also an impressario of the famous Russian ensemble The Red Army Choir. Petula is the favorite singer of Thierry Wolf’s mother, and it doesn’t take much for him to produce the British diva’s big comeback on the legendary stage of the Olympia in Paris: “Petula Clark is not only a great artist, said FGL’s chairman, she is also a great lady in life. It is quite rare to find an artist of this dimension in whose heart remains so much passion for her art”. Thierry Wolf decides to produce a song written by Swiss composer David Hadzis. The singer writes the lyrics with the drama of September 11 in New York in mind. The title remains unpublished but the French producer finally decides that Petula must record it when this terrible pandemic starts because this text appears as a message of hope from Petula Clark to his younger generations affected by the Covid 19.

Today this title makes part of the selection of the Grammy Award that the English singer has already won three times during her career. Hopefully this French producer Thierry Wolf will have been right and bring luck to one of the last divas of the international variety.

Before covid 19, she has appeared in the new West End production of Mary Poppins, for which she has been nominated for an Olivier Award.

Petula wrote the following message about the release of her new single “Starting All Over Again”: “I wrote this lyric to David Hadzis’s lovely melody, and it came straight from the heart. We are all going through a challenging time, and the future feels ‘on hold’. We need each other more than ever, and we will, I believe, be stronger for this struggle. My love.”