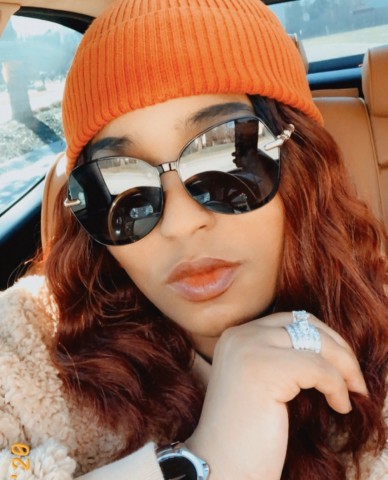 Tianae Ortiz aka TiaGotCommas is an Ohio based rapper, who was influenced by Hip Hop and Rap at an early age. Born and raised on the East side of Cleveland, Tianae is highly influenced by artists like Notorious BIG, Queen Latifa, Three 6 Mafia, and others. After spending many years, mastering her craft while performing at local events and open mic nights, she has finally made an official entry to the rap scene with her single “Slim Chances”, a hard-hitting track showcasing her powerful vocal and songwriting skills. The track stands out with Tianae’s propulsive cadence, unapologetic songwriting style, and groovy rhythms and beats. The song is released on April 3rd, on all major streaming platforms including Apple Music, Tidal, Spotify, iTunes, YouTube and Google Play.

Growing up, Tianae listened to the greatest hits from the ’80s and the ’90s, thanks to her mother who loved R&B. She developed a love for Hip Hop as a teenager, after listening to the likes of Notorious BIG and Bone Thugs N Harmony. She gravitated towards the sounds of heavy bass and now also including the same in her music as well.

Talking about her musical journey Tianae states, “I want my fans to enjoy a unique bass sound with 808’s and fun lyrics. My love for music prompted me to make mixtapes. I was constantly being asked to make mixtapes for all my friends. The demand became so high I had to get a website for selling them. This eventually encouraged me to be in a studio and create my music. I spent countless hours online studying how to become a successful artist, And study the music business. I even had poster boards set up all over my walls with steps I needed to follow.”

Looking at her first single, it wouldn’t be an overstatement to say that Tianae has got what it takes to reach at the top. She’s currently working on more singles that she’ll be dropping in the coming few months.

Listen to her latest single “Slim Chances” on this LINK.