Retired international consultant in electromagnetic effects, Hugh W. Denny, chronicles the life of a poor country boy from a rural lifestyle to becoming an international figure in “Crossing McDaniel Branch” 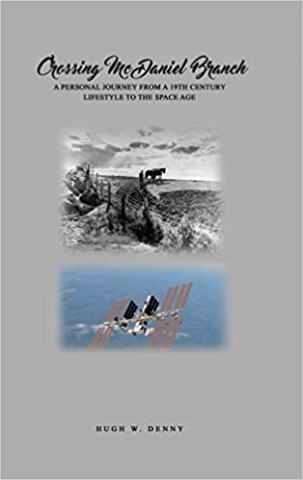 “Crossing McDaniel Branch” is a memoir written to celebrate the life of Hugh W. Denny, a poor country boy from a rural lifestyle that defied all odds to become an international consultant in electromagnetic effects. The author also aims to show readers the contributions of the nineteenth century America to the technological wonders of the twenty-first.

The contributions of people that lived in the nineteenth and previous centuries can be easily forgotten considering that amazing innovations and inventions that have happened in the 21st-century. One individual that made a name for himself with his works, which have continued to remain relevant to date is Hugh W. Denny. Unfortunately, like many other such feats, Hugh W. Denny has not really gotten the recognition he deserves. Authored by Hugh himself, the book talks about how he was able to defy his relatively humble background to become a recognized figure in the field of electromagnetic technology.

Hugh W. Denny was born in 1938 in a log house without electricity and has written his memoir on a laptop eight decades after. Hugh grew up as a poor country boy from a rural lifestyle, dusting tobacco plants with arsenate of lead, hulled walnuts and sold garden seeds for money, and walked to a one-teacher school for his first eight years.

The book is unlike any other kind of biography as in addition to celebrating Hugh, his life, and family, the author also aims to teach younger generations a bit of history. “Crossing McDaniel Branch” teaches readers the need to appreciate the works of previous generations and the need to give them the recognition they deserve. The book contains colorful family stories during the Civil War, and the poems of his grandmother, offering a warm and personal look at the past.

The hardcover of “Crossing McDaniel Branch: A Personal Journey from a 19th Century Lifestyle to the Space Age” is currently available on several digital platforms including Amazon, Barnes & Noble, and Thriftbooks.

Hugh W. Denny served as a second lieutenant during the Berlin Wall and Cuban Missile Crisis. During his 35 years at the Georgia Tech Research Institution, Denny helped improve the reliability of the Department of Defense and NASA. He has written one technical book, authored 35 refereed papers, was the principal author or major contributor to 57 reports, and also has four patents.

Denny is married to Marguerite Ann Leahey. They have two daughters and three grandsons. Denny wrote Crossing McDaniel Branch for his grandsons. Now retired, he enjoys his daughters, dotes on his grandsons, and grows azaleas, rhododendrons, and camellias.