Now Seeking Community Support via Kickstarter, The Game Simply Rewards Players for How Wild They Are!

No Chill is an all-new kickback/party game that is designed to reward its players for how wild they are. The game is created by two American best friends Gene Gray and King JJ, and it is basically a tabletop card game with questions or actions on each card and players answer those questions or do those actions after picking the card on top of the deck. To introduce this project to the world, the creators of this party game have recently launched a crowdfunding campaign on Kickstarter, and they are welcoming generous support and backing. 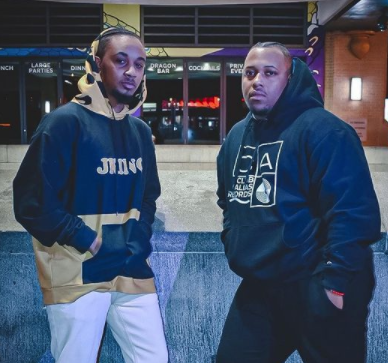 “Our goal is to create and bring to life the ideas that come to us and the people who support us,” said King JJ, while introducing this project to the Kickstarter community. The gameplay is quite exciting as it also features a punishment table along with some really amazing dares such as texting an ex, etc. The two co-creators of this game are seeking support and asking party animals from around the world to help them reach their campaign goal on Kickstarter.

www.kickstarter.com/projects/bro2bro/no-chill  and backers from around the world can become a part of this project by making generous pledges and donations. Moreover, the goal of this Kickstarter campaign is to raise a sum of 3,500 USD by May 31st and the creators are offering this game as a reward for the backers with worldwide shipping. Furthermore, more details are available on the Kickstarter campaign page of the project.

No Chill is a remarkable new party game for the players of age 17 and above, and it is created by two American best friends Gene Gray and King JJ. The game has an exciting gameplay and can bring wild fun to any party, any time. The creators of this project are currently crowdfunding it on Kickstarter, welcoming generous community support and backing.