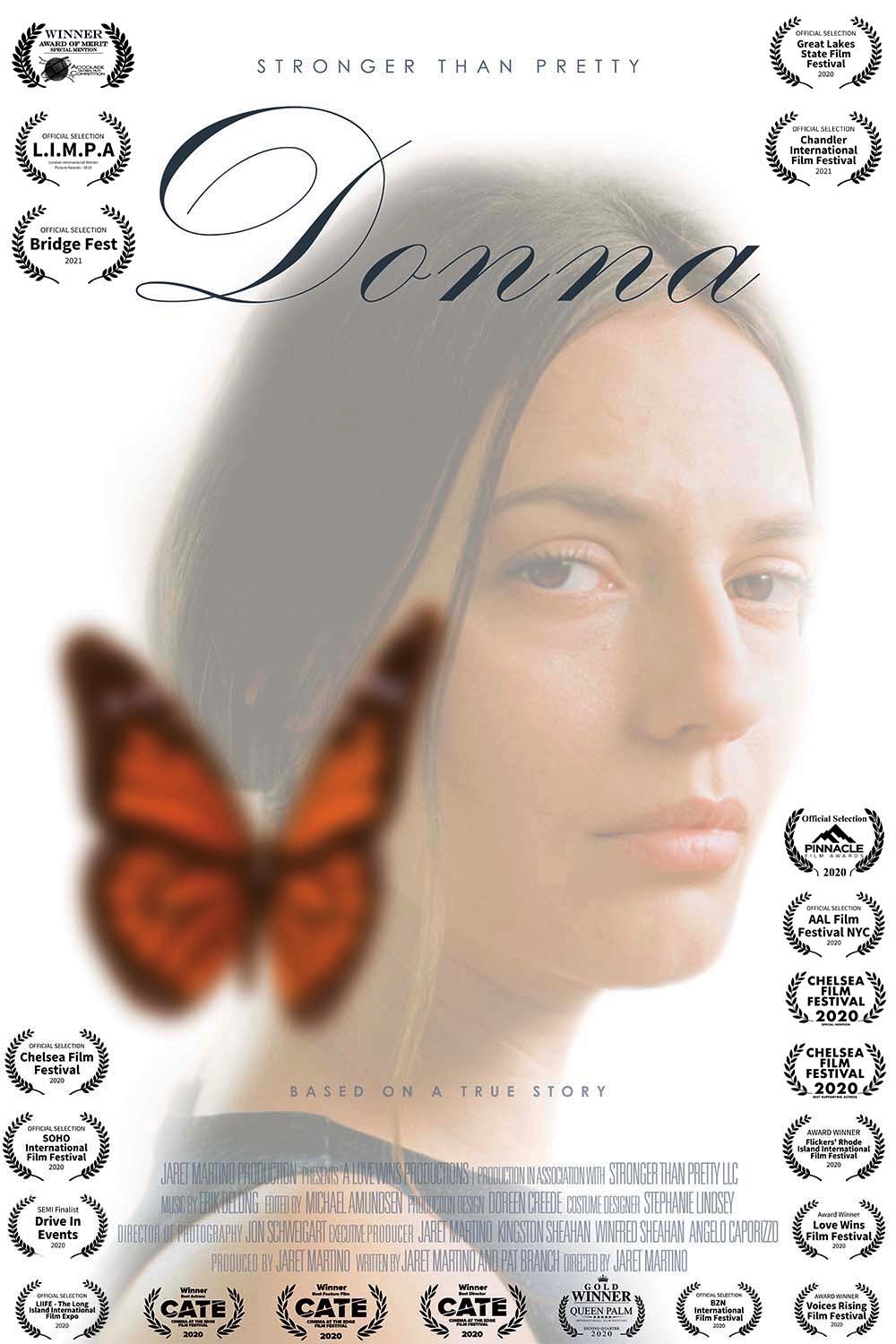 The powerful trailer for Donna: Stronger Than Pretty, directed and co-written by Jaret Martino, has been released.

A young mother’s “American Dream” turns into a living nightmare until she finds the inner strength to hear a voice she hadn’t heard before: her own. The drama, featuring Kate Amundsen (“Shameless”) in an unforgettable performance, premieres on all major streaming platforms February 23 from Gravitas Ventures.

Says director Jaret Martino, “This Film, dedicated to my loving mother, Donna, whose bravery, sacrifice, smile, and heart have shaped the man I am today, was realized to be used as a tool to inspire and empower other families to try to break free of negative conditioning, stereotypes, patterns, and cycles. It honors the strength of women all over the world and hopefully it will also encourage men to acknowledge and share their emotions with the women and children who love them.”

DONNA; Stronger Than Pretty is a romantic tragedy, an unlove story, that spans three decades in the life of a gentle young woman, Donna, as she tries to live up to the traditions and expectations of her Italian roots and of the “American Dream”. That dream becomes a living nightmare and nearly breaks her until she finds the silent force of her inner voice and breaks free from a husband who refuses to be responsible to her, himself, their family, or even his own dreams.