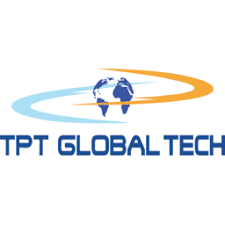 TPT Global Tech Inc. (OTC: TPTW) is a Technology/Telecommunications Media Content Hub for domestic and International syndication and also provides technology solutions to businesses domestically and worldwide. TPTW offers Software as a Service, Technology Platform as a Service, Cloud-based Unified Communication as a Service and carrier-grade performance and support for businesses over its private high grade fiber and wireless network in the United States.

In October, TPTW announced a Strategic Partnership with Setelia SAS headquartered in Paris, France. Through this partnership Setelia will certify and market the TPTW 3D Smartphone and Mobile TV, VOD and social media platform to its 14 mobile provider clients throughout Europe, Middle East and Africa. Setelia’s largest Mobile client is France Telecom or Orange Mobile which has a huge 256 Million customer base worldwide.

TPTW will market Setelia’s products and Services in the United States and Latin America. Setelia supports its customers with a rich understanding of the Telecom sector and delivers expertise in IT Network and Mobile technologies with experience in large scale projects.

This milestone agreement represents a key preparation step in the TPTW business plans to Launch its 5G initiative in Rural America. It also sets the stage for TPTW to deliver Mobile TV, Internet, Media Content and Phone services across 10 Midwestern States, Europe, Middle East and Africa utilizing a proprietary Network and Media delivery broadcast platform.  Simultaneously this corporate development will be creating opportunities for the company to up list to a major exchange. 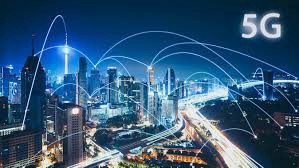 Additionally, TPTW and Setelia will certify and market TPT Global Tech’s 3D Smartphone technology and Mobile TV, VOD and Social Media platform to its clients. They will market aggressively throughout Europe, the Middle East and Africa. In January TPTW announced completion of its 4G/5G pilot installation in Frankenmuth Michigan.

On March 18th TPTW announced acquisition of a majority of Bridge Internet, LLC. (“Bridge Internet”) a Delaware corporation. The company acquired 75% of Bridge Internet for 8M shares of common stock of TPTW, 4M of which vest equally over two years. As sufficient funding is raised, defined as around $3M, marketing funds of up to $200,000 per quarter for the next year will be provided and a formal employment agreement will be created for Trip Camper.

On April 14th TPTW announced record top line revenues. Revenues for 2019 were $10.2M, am impressive 990% increase from the prior year. This increase resulted primarily from its acquisition of the assets of SpeedConnect, LLC and the increase of Blue Collar’s 2019 revenues from its film production activity.