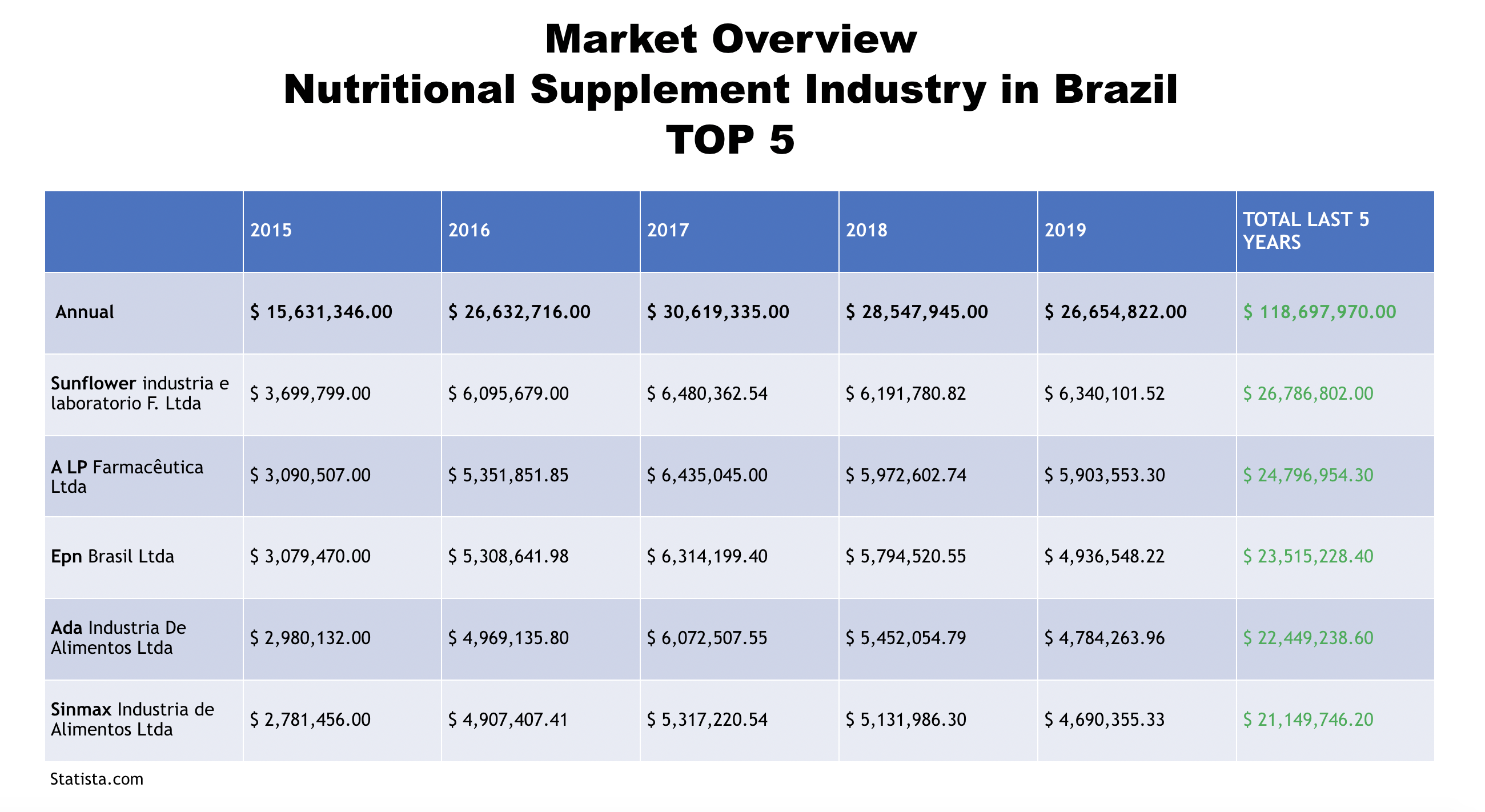 Sao Paolo, Brazil – The top nutritional supplements companies in Brazil continue to grow and expand in remarkable ways. In total, the top five Brazilian vitamin companies achieved a 10% growth in its production in 2019.

The national industry has been growing at an accelerated rate in recent years. The positive numbers and the potential of the nutritional supplement market are related to several key factors including:

Additional factors that have increased revenue for nutritional supplement industry is a noticeable change in consumer behavior. Life expectancy of the population and the regulation of supplements in the country has increased which consequently opened space for greater production and better quality.

In 2019 there were five top industry leader brands including:

Brazil’s robust vitamin retail is thriving despite increased online purchases, Brazil has more than 8 thousand points of sale just in the metropolitan areas of the country. For all its success, the Brazilian nutritional supplement industry still has a lot of potential given its large youth population and vast natural resources.