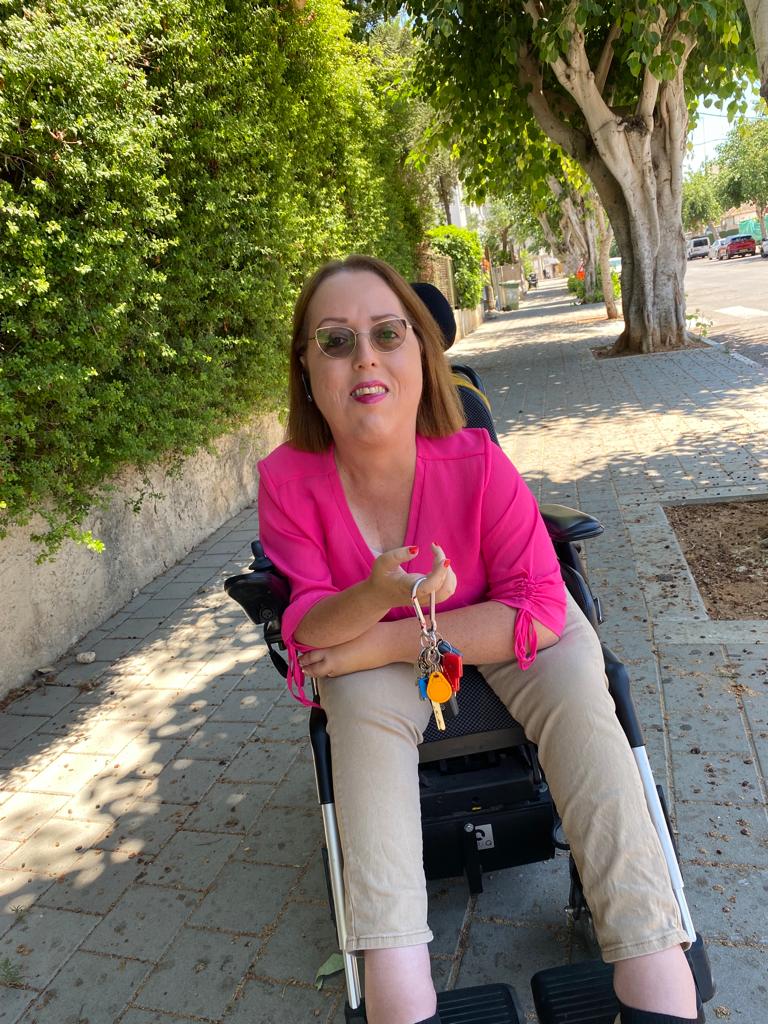 Limor chose to divorce her husband, who walks on 2 legs, enter the dating app world and meet the surprise of her life – from which she was saved at the very last moment

Limor Barnea, who is coming out with a new and fascinating lecture, had to deal with difficulties since she was a baby. Her mother noticed that she does not raise her head and hands like the other children in her age group. “We ran between doctors and tests to understand what I had, and at the age of a year and a half they discovered the disease – muscle weakness”. Limor Barnea, who works in a prestigious hotel chain despite the physical challenges, told us at Contento Now.

Netanel Semrik, Contento Now, publishes the story of a woman with physical challenges in a motorized wheelchair, who chooses to live her life with her head up high, married a healthy man, gave birth to a healthy child, divorced, found herself in a difficult situation in a new relationship and chose, just before she loses control of her life, after years of being cut off from her nuclear family and her child, to break free from the toxic relationship and turn a new page. Along the way she got her driver’s license (like all of us… with a few near-accidents on the road, except that her seat is adaptable for her handicap), dances folk dances and is looking for a new love for her life.

The doctors declared to her mother that Limor would never be able to walk, but she did not give up. Limor went to physical therapy treatments and a year and a half after the disease was discovered, she started walking with the appropriate and precise equipment for her.

Limor’s unique story is full of creative solutions that helped her in an extraordinary integration in her normality among society as a whole. As a child, she played games with her friends in versions adapted for her, helped by an assistant in order to go to school despite the difficulties. Limor received a wheelchair as a gift, with full understanding that it gives her the independence that she has so coveted for many years.

Since then and always Limor knew that she would marry a healthy man.

“I brought them all close to me, so they wouldn’t run away from me” – Limor said in the episode of the exciting interview she held with Contento Now – International publishing housr, about the first years of her first serious relationship.

She met a special guy in her youth, who became her first partner. After that, she met her husband through a mutual friend at his house. At first she admits, “I didn’t connect with him. It wasn’t love at first sight”, her family encouraged her to continue and she found a place in her heart that kept expanding until she married him. Her husband’s family did not accept Limor and her physical limitations, but such a thing never stopped and will not stop Limor on her way to her best self.

Limor gave birth to her daughter, and raised her together with her husband until her decision to divorce. A mutual decision between them.

After the breakup, Limor joined dating apps, opened a profile, defined herself honestly and accurately and set off on a dating journey.

One extraordinary partner became a particularly shocking chapter in her life. This episode almost cut her off from her entire nuclear family. “It’s cases I read about in the news and hear on the radio and it took me years to stop and say I have had it up to here.”

Limor managed to detach herself from the toxic relationship at the last moment she experienced, while contacting the law authorities and deciding that she would not give up on herself and her family.

Today she is looking for a new love in her life.

These very days Limor is launching a new lecture whose purpose is to empower women and men who deal with a lot of drama in their lives, and guide them on how to gain control over their lives. Limor opens her story and her heart to the general public and to anyone who wants to contact, whether with associations, companies, or among families to listen and host an inspiring story, in the living room – of course full accessibility is required.

We asked the publisher of the international publishing house Contento Now, Netanel Semrik, about the experience of working together with Limor Barnea in a series of interviews and now also in the new lecture based on her life story, he told us that: “This is an inspiring person, optimistic with a huge heart which can empower women who have been through traumas in life and have chosen to steer their life without losing trust and faith, thanks to a big heart, a broad smile, a supportive family and extraordinary patience.”

Limor said about her fascinating journey with Contento Now, which still continues these days: “This year I went into Google and typed: ‘marketing and writing a life story’, and you, Netanel, came up with the first option. I liked the smile and the communicative eyes and I called, from the beginning everything flowed, and it was as if you read the thoughts mine and asked the questions that are most accurate to me.”

To publish the exciting story of Limor Barnea in the digital media, you are invited to contact Limor directly via the mobile phone: +97252-3730040.