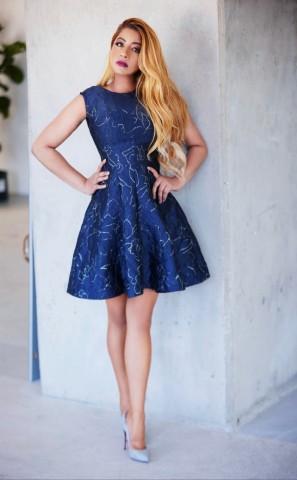 Priyanca Ford is a Harvard Business School graduate with decades of experience in Mathematics, Product Management, and structuring large data sets to build technology around world-changing ideas. Her interest in fusion energy technology began when she led the building of end-to-end energy simulations at Edison International to implement a new world ERP system that led to a smarter grid and advanced smart meter technology. Interestingly, Priyanca is now applying her knowledge to building Kronos Fusion Energy Incorporated, focused on rapidly iterating on its Quantum Algorithms & Machine Learning Simulations towards a roadmap to full commercialization and monetization of fusion energy generators by 2032.

To bring Kronos to the forefront, Priyanca assembled an elite team of military generals, physicists, material scientists, AI/ML experts, and Tokamak engineers to help her bring the company’s mission to life. These experts are part of the founding team at Kronos Fusion Energy Incorporated and take the lead in designing the Fusion Energy Generators.

The Founding Board consists of Carl Weggel & Bob Weggel. They have a century worth of experience in the Fusion Energy Industry and led major Fusion Energy projects with the DOE/DOD as well as universities and private industry. These products still hold world records in superconducting magnets and tokamak designs. Carl Weggel and Bob Weggel are the lead designers of Kronos’ Fusion Energy Incorporated Generator SMART (Superconducting, Minimum-Aspect-Ratio Torus). Also on the Board of Kronos and added to the Design of SMART are Paul Weiss, Konstantin Batygin, and Sultan Meghji. Driving the Military Applications for Kronos are General (R) Gus Perna, Major General (R) Robin Fontes & Major General (R) Paul Pardew. The team will push to complete the generator’s design based on their Simulations and begin awarding the first contracts to the American free-market industry. Kronos Fusion Energy Incorporated utilizes quantum computers with machine learning, artificial intelligence, and neural networks to create algorithms to simulate the optimal design for the world’s most efficient fusion energy generator. These generators will leapfrog the recent world records made by China and the EU in fusion energy.

Through supercomputers and D-wave quantum computers, Priyanca is leading Kronos Fusion Energy Incorporated to leverage the newest computing and machine learning breakthroughs to help all Americans solve problems quickly through simulations before they build their fusion generators. Priyanca will give the United States fusion industry the boost needed to have viable commercial fusion energy by 2030, which will solve many of humanity’s current issues. There are a variety of technology applications that Kronos Fusion Energy Incorporated is already offering towards the path to Fusion Energy Commercialization and ultimately monetization. This application suite covers the end-to-end research, simulation, optimization, and monetization of Fusion Energy Generators. These applications enable control and management of plasma dynamics & magnet systems, optimizing material sciences & fuel cycle systems, rapid fusion energy product iteration, and simulations for fusion safety for extreme/military applications. The beta version will be available in March 2023 for industry testing and will officially launch in May 2023.

Priyanca is a Harvard Business School alumnus. She also attended the Innovation and Entrepreneurship program at Stanford University & Game Theory at Yale University. Her educational foundation was when she took up a BS in Economics and Applied Mathematics at the University of California, where she dropped out when deployed with the US Army. She has an extensive background in Global Product Management, solving large problems through structuring large data sets and applying tried and true management consulting methodologies. Priyanca is also used to drive multiple full-cycle data, Algorithms & Machine Learning Infrastructures at Fortune 25 companies.

Additionally, she is an expert in Product Development, Statistical Data Analysis, Machine Learning, and Managing Executive team priorities. Priyanca has been a founding partner in several companies that have been acquired: 3Dbuildbot, Hautcloth, Brain-mix Capital, and Short Girl Films. Her drive to commercialize fusion energy began when she worked on building end-to-end simulations.

Kronos is currently building SMART (Superconducting, Minimum-Aspect-Ratio Torus); this is the fusion energy device they are building to commercialize and monetize Fusion Energy. SMART is based on decades of awesome research at multiple DOE national labs, and at Kronos, the design of SMART is led by industry-heavy hitters. The size and weight of the major components, the tiny tolerances for the assembly of major systems, and the diversity of manufacturers combined make the US Commercialization Center an engineering and logistics marvel of enormous proportions.