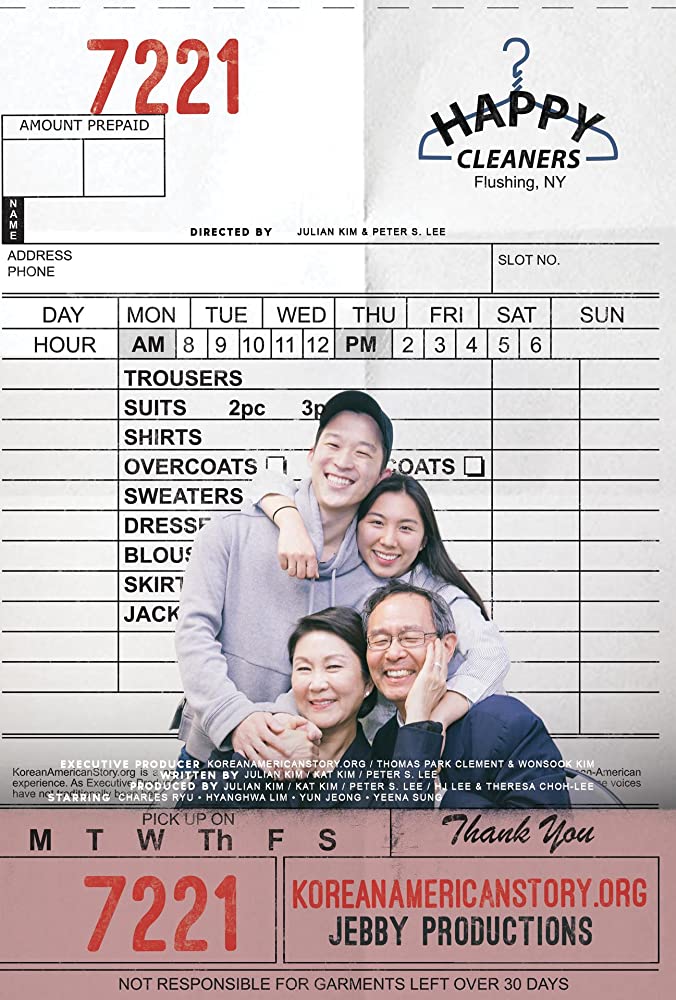 Julian Kim and Peter S. Lee’s acclaimed drama Happy Cleaners will play theaters and be released on digital this February.

A beautiful story of acceptance and reconciliation, the film tells the story of a Korean American family and their fight to save their dry-cleaning business in Flushing, Queens NY.

When the Choi family lose their dry-cleaning business, they learn to love each other to survive the crisis and heartaches that they cause each other.

In a recent interview, co-director Julian Kim says the film evolved a lot during development.

“It just became a family ensemble story and the focus wasn’t so [centered] on Kevin or Hyunny, but a lot of reaction was [for] the mom and dad. When we first wrote the script, it was a bigger family. We had a bigger role for the aunt [for instance], but we had to whittle it down because there’s only so much time we and so much story to tell within an hour [time]frame. So we were like well, let’s just focus on the two siblings and their experiences and how they grew up differently and react differently to this immigrant life. [Hyunny] just feels like she’s responsible and she has to take care of the parents whereas Kevin, he’s a wild child who wants to go on and lead his own life and it feels like his parents are a burden, so we wanted to show that contrast, but also different experiences and how do you react to that. [And the surprise was] to have [the audience] really relate to [the parents]. They weren’t so two-dimensional and that was such a great takeaway that we had. We were just very pleased with the execution. More than anything, just sitting there watching Ms. Lim and Charles, you don’t feel the energy when you’re there on set, but when you really see that in post and you’re watching it on the big screen and just her voice… it just roars at you.”

Happy Cleaners will open at Film Noir in Greenpoint on 2/5-2/11 and be available On Demand February 12 (Korean New Year) from Passion River Films.