In New York, the difficulty was at the beginning due to the language that I obviously didn’t know, also because in these neighborhoods they speak Ebonics. The street, the ghetto are really dangerous. In Italy everything is different, without a doubt the difficulty that I still encounter long response times to each single proposal or collaboration. 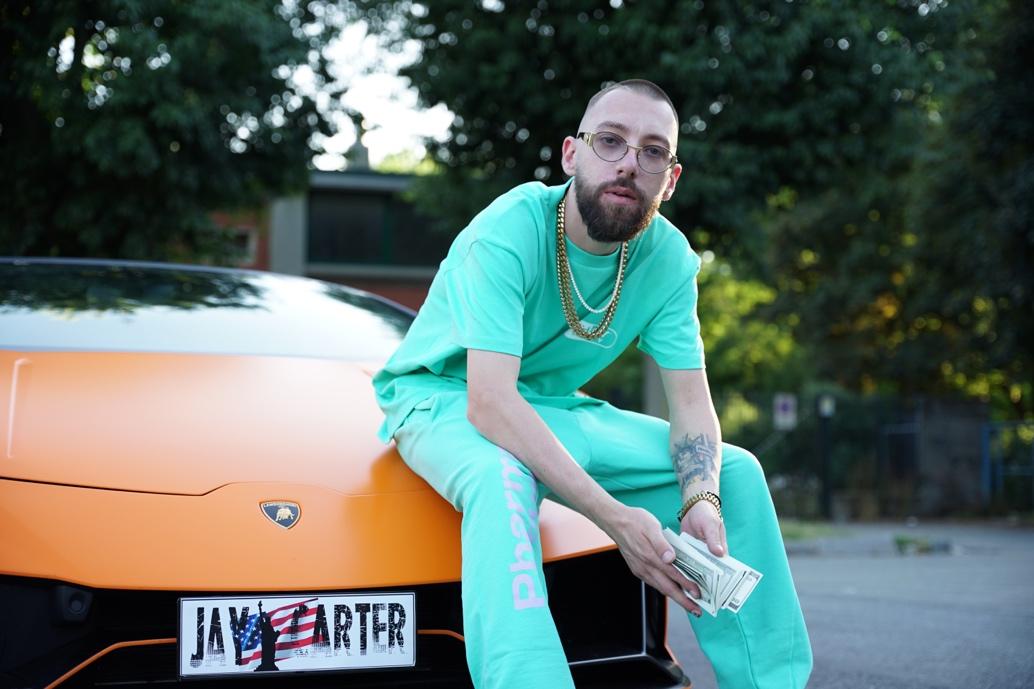 Italian, white, raised in Southern Italy, he challenges real New York rappers with beats and metrics. Not a small dream like that of Mimmo Francesco Attanasi, Italian rapper.

Converted on the path of this genre that was born above all in the streets of NY, Chicago and LA, Mimmo Francesco, aka Jay-Carter

For him this musical genre is an affirmation of his identity, a redemption. His verses come from life: suffering, the jealousy of friends and colleagues, life in the Italian province. But above all NY, his New York, “where he feels at home” he says and where today the rapper community calls him his brother.

Of this world Jay-Carter says: “Violence is a real component”, it cannot be denied but rap also carries forward values such as brotherhood, solidarity”. Jay takes us inside a world that has designed part of the musical iconography of Big Apple.

American rap has always given us a precise iconography: street gangs, violence, beautiful girls, gold necklaces, money, cars and champagne against the backdrop of metropolises such as New York and Los Angeles.

I’ve been the victim of gang feuds multiple times. Everything is very complicated in the world of NY rap and for this it is necessary to get to know their culture in depth, to understand how their lyrics are born, which sink into the daily life of the Bronx, Brooklyn and Harlem neighborhoods. Stories of drugs, money, women and more. The world of rap revolves around respect, brotherhood, solidarity, family. The hardest thing is just earning that respect and trust. It was difficult for me at first but today I can say that I feel welcomed into the community by New York rappers and producers like Dj Premier, DC Young Fly, SouljaBoy, Dreamchasers, Dromanoti, Ceomiamimike, Ninobrown, Flo Rida, Vanilla Ice, DJ Whoo Kid, G unit capo, Superstar Jay, Casanova, Jah Dwella etc…

How do you see the Italian rap that is growing in popularity today, becoming a very popular form of music among young people and also an instrument of redemption for them?

“I don’t follow him very much because for me the rap I follow is the American one. Italian rap comes from different contexts, it’s a respectable rap, politically correct because it doesn’t experience the dynamics of American rappers. US rap is authentic, true, the metrics and beats are very intense. However, I am happy to see that it is becoming very popular in Italy too and that many young people are approaching it but it has nothing to do with the music born in the streets of NY”. 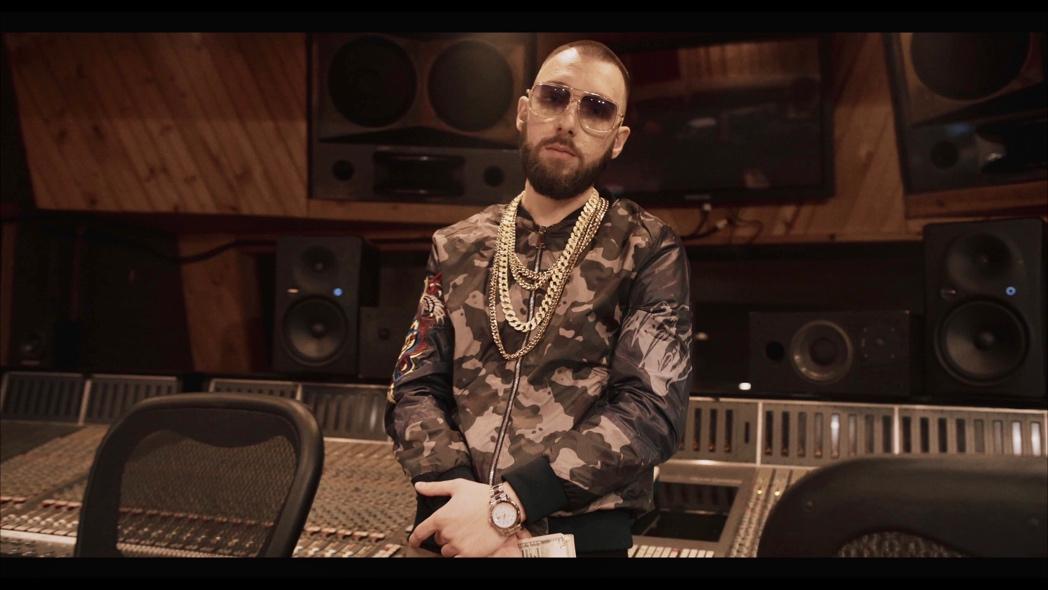 The fact remains that violence is unfortunately a fundamental component of this culture. How is the daily life of a rapper in NY?

We go into the clubs, you order champagne, you surround yourself with dancers, you dress up showing off diamonds, gold watches.

We spend hours in the studio, we do freestyle competitions. Many criticize the ostentation of necklaces, diamonds but in reality there is a less superficial motivation than one might think. Their ostentation is a symbol of redemption. Many have suffered hunger and violence and the fact of being able to afford a gold or diamond necklace, going around with beautiful girls, becomes a means of being able to say “I did it”. Myself, when I go to the biggest event venues I wear Rolex with diamonds, gold necklaces, you know what I mean right? We don’t wear imitations, when you’re in the American rap scene you have to be real, you can’t be a fake. 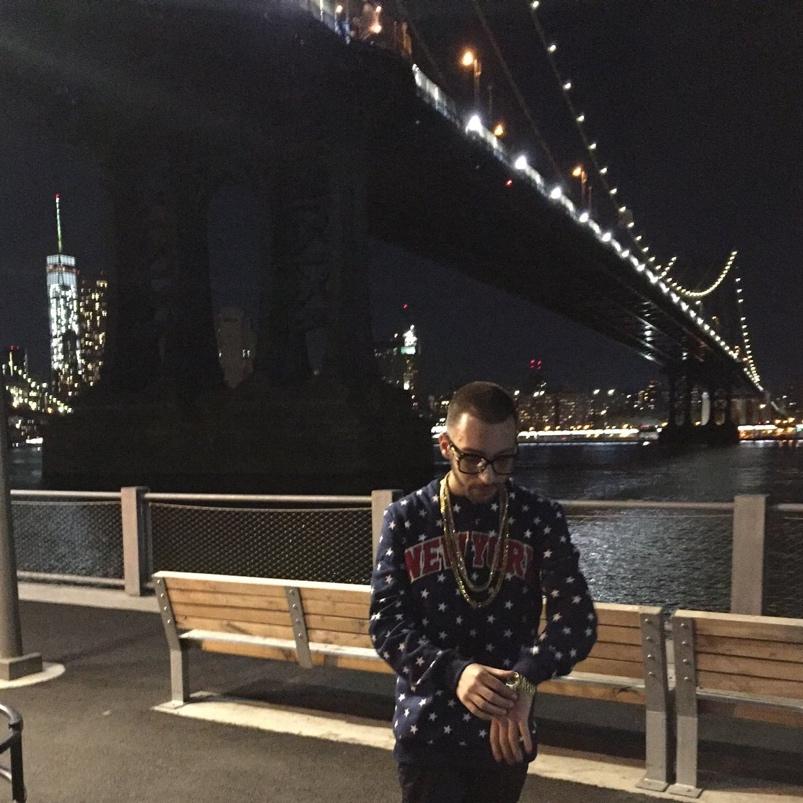 By the way, where is rap born in NY and where does the free-style atmosphere live?

Fulton Street in Brooklyn, for me, is a training ground for life and music, the Bronx, the streets of Harlem. These are the neighborhoods and streets where rap was born”.

Why did you return to Italy now since you got successful in New York?

I came back two years ago to shoot the first all-Italian video, “Money Rain”. Then came the pandemic and like other people I was stuck. I will return to New York as soon as possible. In the meantime, having studied production at Full Sail University in Florida, I would like to bring my experience here, to do something in my land. I’m Italian. 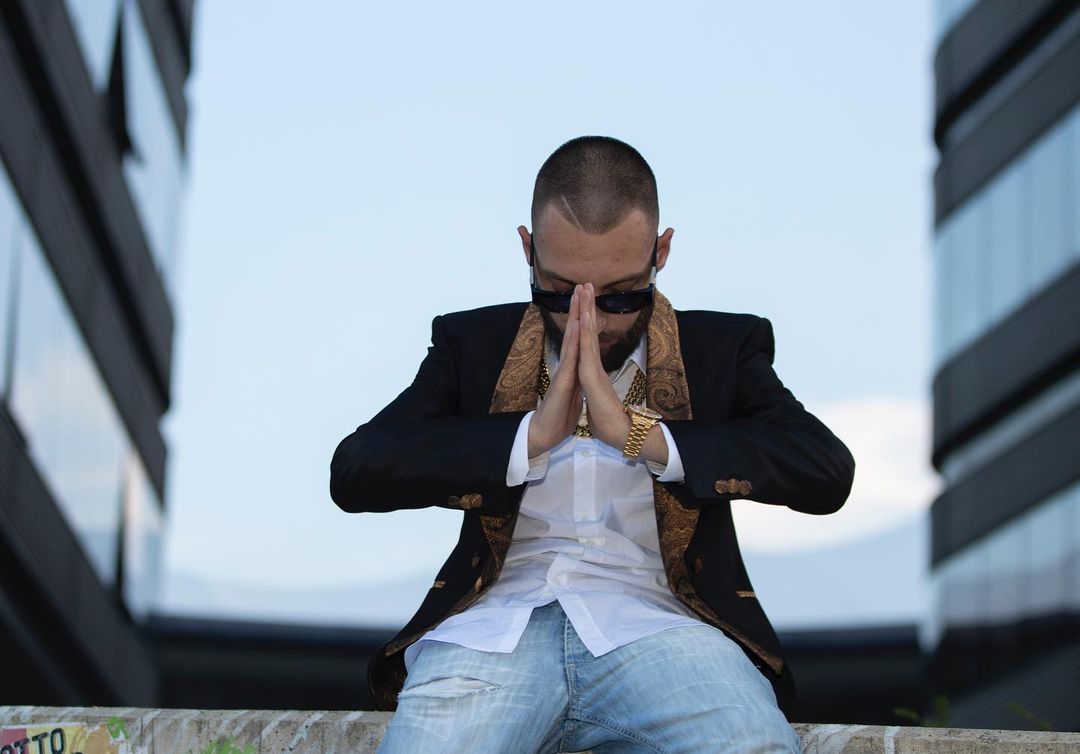 What do you love about your job?

“Perfection. Everything must be perfect. As long as it’s not how I want it, I don’t throw anything. I try to cure everything: music, words, sounds, scenes, images”.

I’m working on a new project that I will launch in the new year.

It seems to me that you are very attached not only to rap, but to hip hop culture, as if you wanted to keep its purity intact.

Yes, a lot. I’m not interested in doing this stuff for the money. For nothing. In my opinion, what really turns you around is the commitment you put into what you do. I know people who come from really heavy contexts, and now they are multi-graduates, scientists, and doctors. In my opinion, those are the people to admire, from whom to really take an example.

And what do you wish for yourself instead?

The one thing I always wish and pray for is that I never lose inspiration. The thing that scares me the most is not having something important to express anymore. That really is my biggest fear. I hope I never lose the star that guides me.