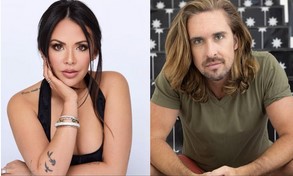 Gavin Michael Booth will direct the film, to shoot in LA

Janel Parrish, best known for her role as Mona Vanderwaal in TV hit “Pretty Little Liars” and its spinoff “Pretty Little Liars: The Perfectionists”, and “She-Hulk” actor Ryan Powers will star in Sydney vs. Sean, a new relationship drama scripted by Powers.

Gavin Michael Booth, who produces alongside Powers and Parrish, will direct.

“I’m thrilled to have these two actors in the ring with me”, said Booth, “Ryan’s script is an unexpected examination of a unique marriage, and we look forward to shooting in the new year.”

Weaving past and present through surreal styles, the film will explore what brought Sydney and Sean’s relationship to the brink. As the logline suggests, ‘sometimes all a marriage needs is a good rematch’.

The film, skedded for a January start in Los Angeles, will announce more cast shortly.

Director Booth is best known for The Scarehouse, produced by Jason Blum, which was distributed by Universal. His most recent film Last Call, the tale of a bitterly alone man who calls the Suicide prevention hotline, received overwhelmingly positive reviews, and was released in theaters and digital platforms in 2020.