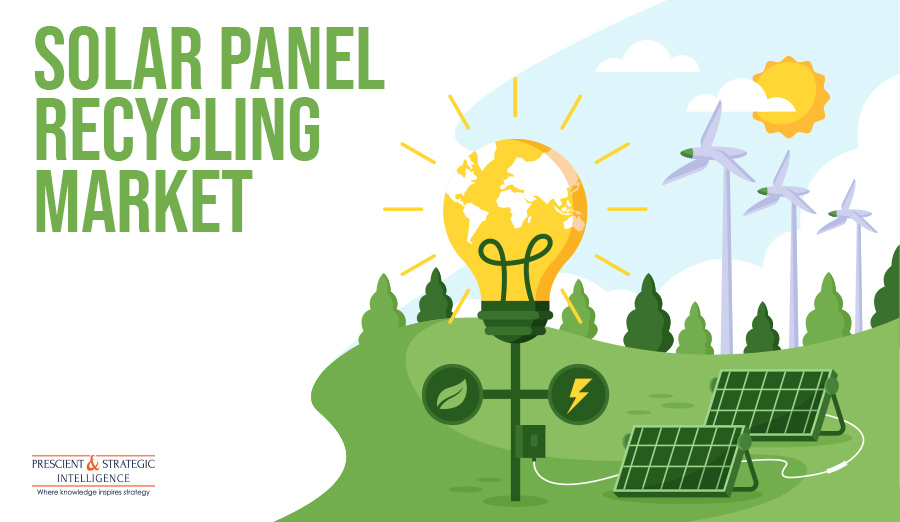 The rising adoption of solar energy and increasing government initiatives for the same are the most significant reasons behind the need for photovoltaic (PV) panel recycling. From $80.7 million in 2017, the solar panel recycling market is projected to grow to $269.8 million by 2023. It is also being expected that during 2018–2023 (forecast period), the market would experience a CAGR of 22.0%. After the completion of their lifecycle, the PV modules and panels are disintegrated into their individual constituents — aluminum, silicon, synthetic materials, and other metals.

On the basis of technology, the market is categorized into mechanical, thermal, and laser, among which the mechanical category led the market in 2017, with an over 55.0% value share. This is attributed to the fact that this separation method is environment-friendly as well as quite efficient. During it, auxiliary parts, such as the junction box, cables, and frame, are manually separated, the glass laminate is shredded, and the copper strings are detached via sorting.

Request to get a sample copy of the report: https://www.psmarketresearch.com/market-analysis/solar-panel-recycling-market/report-sample

Based on type, thin-film, monocrystalline, and polycrystalline are the three solar panel recycling market divisions. Among these, monocrystalline was the largest division in 2017, with a value share of over 50.0%, owing to the greater efficiency, superior material grade, relatively higher space efficiency, longer shelf life, and excellent heat resistance of such PV modules. During the forecast period, the highest value CAGR, of 29.7%, is expected to be displayed by the thin-film category, as such panels are lightweight and flexible, which is resulting in their rapid adoption.

The most important growth driver for the solar panel recycling market is the rapid shift to alternative sources of energy from fossil fuels. As fossil fuels burn, they release greenhouse gases, which lead to air pollution. Additionally, with overexploitation, the prices of crude oil and coal are rapidly increasing. To deal with such issues, the use of renewable energy is being strongly encouraged across the world. Thus, with the increasing installation rate of PV modules to generate electricity, the waste create by these is also rising.

Additionally, with technological advancements, the purchase cost of PV modules is decreasing, which is another reason behind their rising adoption. As per YellowLite and the Solar Energy Industries Association (SEIA), a decrease in hardware cost and focus on keeping the of pre- and post-construction expenses to the minimum led to an 70% slump in the cost of solar energy between 2010 and 2017. As a result, the bids for solar plant installation, during power auctions, are becoming smaller, thereby allowing an increasing number of commercial and residential users to adopt solar power.

As the e-waste generated by PV module piles up, so does the danger of it causing skin irritation, lung cancer, and other serious issues. This is leading to the implementation of sustainability targets, thereby driving the solar panel recycling market advance. For instance, the European Waste Electrical and Electronic Equipment (WEEE) Directive suggests efficient methods to recycle and reuse this e-waste. In several countries, the onus of recycling the panels have been given to their manufacturers.

Across the world, Europe generated over 40.0% revenue in the market in 2017, as a result of the strict regulations imposed by the government to ensure the same. During the forecast period, North America would observe rapid progress, as a result of the rising investments in research and development to come up with more-efficient ways to accomplish the process and surging installation of PV modules, as a result of strict regulations and supportive policies. Within the region, the solar panel market in the U.S. is predicted to grow faster.

Hence, as an even larger number of PV modules come to the end of their service life, companies offering recycling services would continue to prosper.

The global lithium-ion battery market valued at $33,720.8 million in 2018, which is projected to reach $1,06,493.0 million by 2024, with a CAGR of 21.8% during the forecast period. The growth in the market can be attributed to the growing automotive and consumer electronics applications.