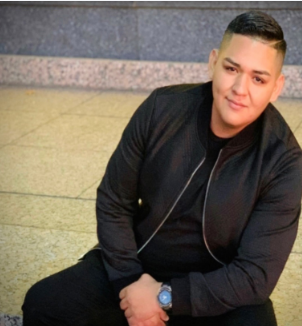 American actor Humberto Martinez joins a growing list of noble Latino actors while impressing audiences with the emotional investment and sensitivity he brings to each role. Humberto was born and raised in Santa Maria, California. He is determines to developing his skills, talents, and providing outstanding performances for different locations. He is the first member of his family to pursue acting.

Additionally, the super star start acting at the early age of 24 already appears like an expert on the screen. He came from very low-income family. When it take numerous actors years to grow their deep brooding required to consummate personify their on screen character, it very easy for Humberto. The mastering of his characters, insight approach encourage the industry. Humberto Martinez has found a remarkable way to arrest mindset and make a gripping character loved by the audiences, and his artistic performance is always recognised, he has appeared in numerous movies and television series.

Humberto Martinez Grew up in Santa Maria, California, while growing up, he saw the difficulties state of California was facing due to increased wildfires.

Humberto decided to start seeking solutions. While studying, he discovered that he could utilize his skills to help those in needs in his own country serving as a firefighter. Humberto has always been passionate, motivated about innovating. He thinks he can contribute to creating a brighter future after seeing the issues his generation will face over the next 30 years.

Poverty and low-income homes provide several challenges for children, families, and individuals. These may have detrimental health and societal effects on children and adults. Even though many kids from poor backgrounds succeed in school, there remains a continuing disparity between the most and most minor deprived districts and a discernible gradient in educational attainment by deprivation.

At the time, he was still a student. A kid may experience increased stress due to all these variables, which may hinder their ability to do well in school. Homework, study materials, and other activities that prepare students for success in the classroom get frequently limited for those who live in poverty.

According to Humberto Martinez, indolence and depression, rather than poverty, prevent people from succeeding. The most determining factor in his success is his perseverance. Nothing can stop you if you have determination. He learns forbearance and how to deal with all forms opposition of poverty.

He put a lot of effort into realizing his acting aspirations. According to him, money tends to make it easier for people to reach their goals, but it does not imply that they will always succeed. He also thinks that only some people who have money will be successful.

However, this does not imply that those in poverty cannot achieve success. Many people have demonstrated that underprivileged kids can nonetheless flourish in the future. He firmly believes that having little money does not deprive you of the ability to dream and achieve your goals. Create your opportunities if life does not present them to you.

He took advantage of the chance to dream and made it come true. Opportunities do not present themselves to those who passively wait for them; instead, they come to those who dare to act. Although poverty may seem like a barrier to achievement, wealthy people can succeed. Work diligently to find the solution for each challenge.

Humberto Martinez is now completely dedicated to taking his craft to high level and conduct excellent performances for a diversity of different approach. He has been encouraged to build a name for himself in the industry he is prominent to join a growing list of latino entertainers.