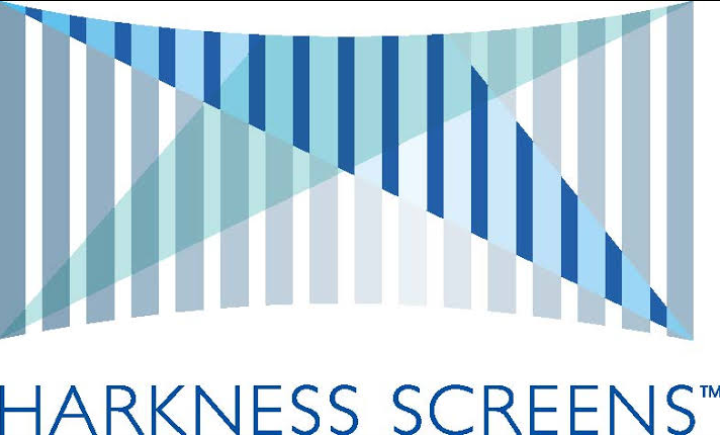 Once again, Harkness Screens are reflecting on another successful exhibition in Europe. Last month, the world’s leading screen technology company were in Barcelona where they showcased their Clarus XC, Perlux HiWhite and Matt Plus screens at CineEurope.

At the longest-running European film and trade convention, both of Harkness’ products were received incredibly well, but it was the Perlux HiWhite which took the plaudits at the recent exhibition event Ciné in Italy.

Ciné is a meeting point and market of Italian film industry. It is attended by approximately 1800 professionals who work across all aspects of the film sector and for Harkness, they were at the heart of the event in Riccione.

Working alongside Cinemeccanica Italy – one of the leading companies in the production of cinema equipment – they provided a Matt Plus Screen for the main auditorium using RGB and Laser Phosphor projectors. Matt Plus allowed for a picture-perfect image and is engineered to completely mitigate laser speckle. 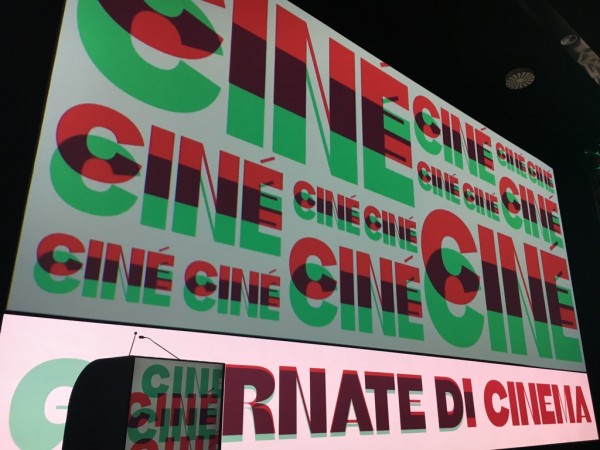 But, Harkness really stole the show with their Perlux HiWhite 180 which was installed in the CinéArena, with the help of CineProject Italy and Laser Phosphor projection. Again, Perlux HiWhite provided dramatic speckle free, presentation accurately conveying the creative intent of the filmmaker.

CinéArena, placed in Piazzale Ceccarini, turns into a fascinating cinema outdoor air, with a cutting-edge digital system. Built in collaboration with Giometti Cinema and Cineproject in the heart of Riccione, a stone’s throw from the Palazzo dei Congressi where Ciné takes place, the CinéArena has hosted, every year for the last three years, a film festival in collaboration with the most important film institutes such as the Film Library of Bologna and the main distribution companies.

“Showcasing a Perlux HiWhite Screen in the CinéArena is a great opportunity to show the benefit of the state of the art of gain screens available on the market. Even in the arena where there is a bright environment, the images where sharp and clear from any point of the seating area and far behind. The quality of our gain screen gave the feeling to the audience of standard Matt Plus screen.”

The Perlux HiWhite was introduced by Harkness last year and it is the industry’s leading white gain projection surface. Many exhibitors in the cinema industry consider it to be the premium surface for 2D and 3D active cinema, by creating the whitest ever gain screen. 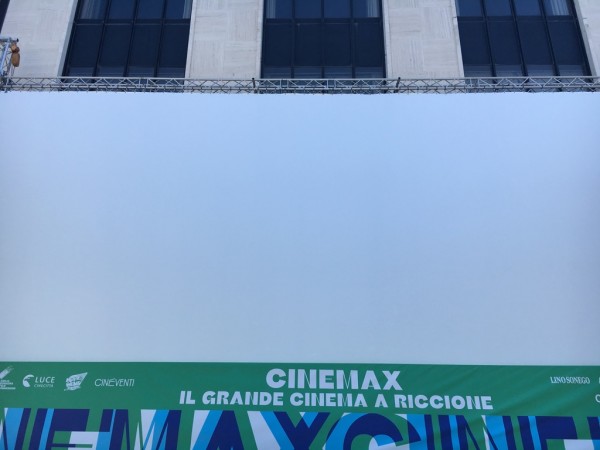 The ultra-wide angles, improved uniformity, superior colour and laser projection were very much emphasised in northern Italy at the beginning of the month as the Perlux HiWhite 180 took pride and place outside in an open arena.

Harkness’ Sales Manager, EMEA, Andrew Emmott commented: “The show was sponsored by Cinemeccanica so it is great they want to use our products because they recognise our Matt White screens as the best in the world.

“It is good to see that at one of the main Italian cinema shows, the integration companies who exhibit, recognise Harkness as the leading screen technology company. They want to sell Harkness products and we really do appreciate their support.”

Harkness continue to lead the way in terms of screen technology and they are constantly aiming to break new boundaries. In Riccione, it was the first outdoor Perlux HiWhite 180 installed worldwide and it is not just in Europe where they are making their usual impression. 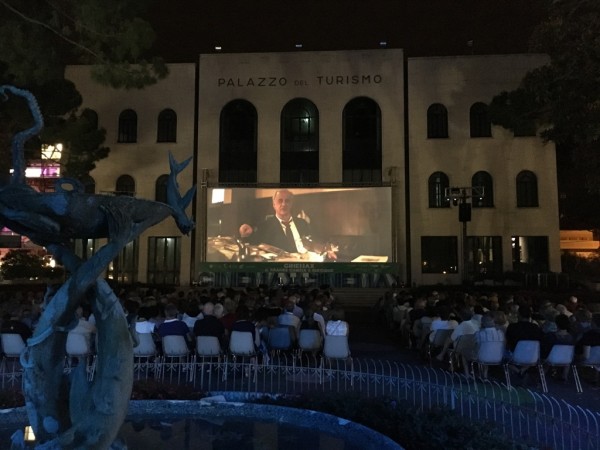 At the CinemaCon event earlier this year, which is rapidly becoming the biggest platform in the USA for showcasing upcoming Hollywood productions, Harkness received high-praise with co-founder of Boston Light and Sound, Chapin Cutler, stating their screens were ‘fabulous’.

“Harkness is the reference for these types of events,” added Chiovini. “Our position is being the top screen. If you want the top screen, it’s Harkness. We install Harkness for Berlinale, Cannes’ main auditorium, Italian exhibition shows, French congress etc so it is clear everyone wants Harkness for the top events.”

And this was no different at Cine Event. The Perlux HiWhite was able to express its qualities outside, when the sun had set in Riccione. Away from the generic auditorium and projection surroundings, it’s adaptability to present outstanding brightness combined with razor-sharp colours once again highlights why the screen and Harkness, are leading the way in the cinema industry.

“In Italy, the project was very positive for us,” added Chiovini. “There was a lot of light around the screen so all the open auditorium was really bright. The Perlux HiWhite was standing out and the picture, even on a dark movie I saw, you can still see enough detail to enjoy the projection.”