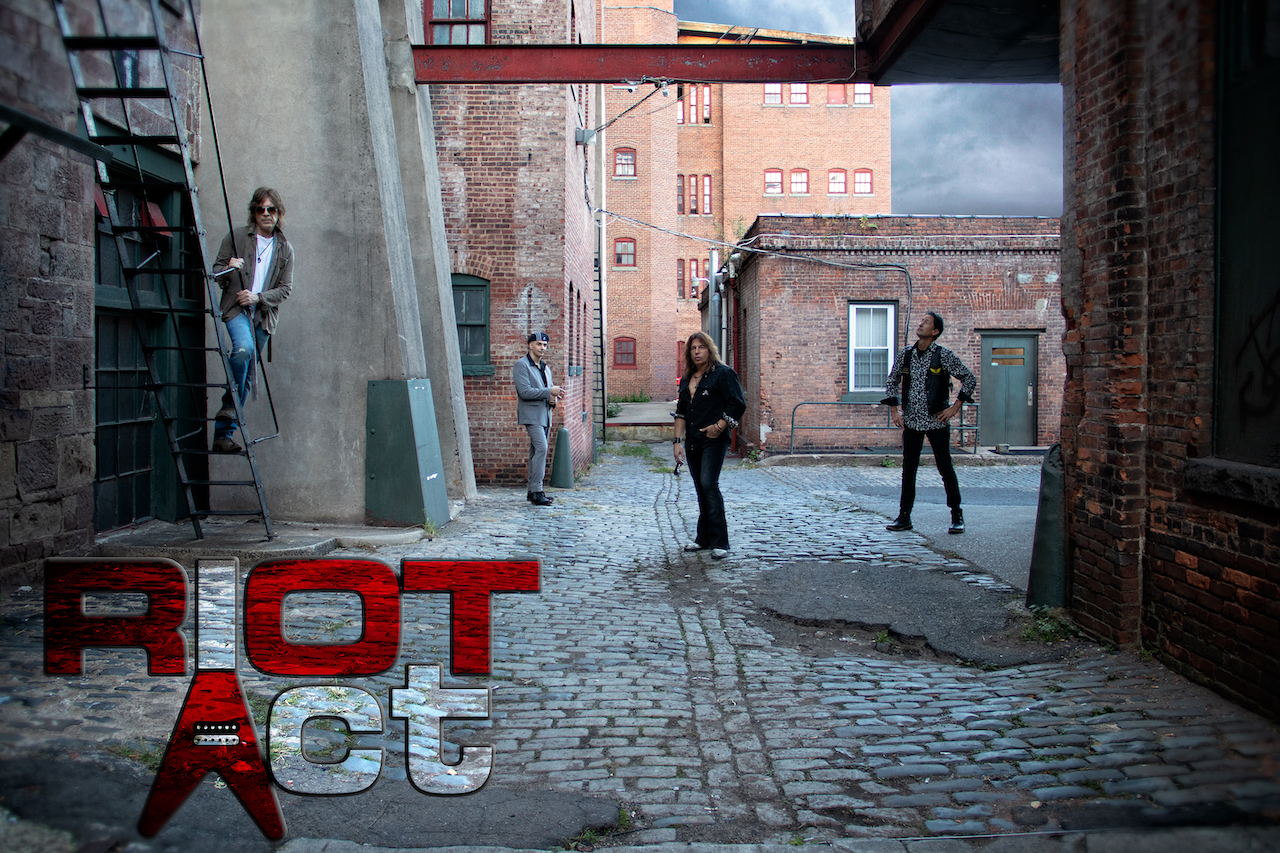 Rock-N-Roll superstars Riot Act have just released the spirit of the holidays in an acoustic, heartwarming and soulful video for the world to celebrate. Their debut album “Closer to the Flames”  dazzled with echoes of the 80’s and continues to have an impact on the collective effervescence, especially after their just coming off their massive tour with Raven in the states and the UK.

Lighting up the world like fireworks plunging into the night sky and shattering the darkness, Riot Act features Rick Ventura on guitar, former member of the Heavy Metal Hall of Fame inductees Riot. Riot appeared at the first Monster of Rock Festival in 1980 performing to a crowd of 100,000 and impacted the Rock world with their “Fire Down Under” while touring with factions including AC/DC, Black Sabbath, Rush, and a barrage of others.

Sublime vocalist Don Chaffin toured the US opening for bands including Godsmack, Alice In Chains, Foreigner, Disturbed, and a cascade of others. He has also worked with artists including Jim Bralower and Ace Frehley of Kiss, Jerry Kasenetz, Jeff Katz and others. As vocalist Don is like a seductive alchemist transforming private anguish into a narrative of truth.

Other band members include Claudio Galinsky on drums who is part of the Argentinian heavy-metal band seen in the 80s with his thrash metal band Ultraje a Rigor.  Paul Ranieri on bass has played professionally since he was 18 and has recorded with many artists including Emmy award winning electric violinist Mark Wood.

Together they threaten to rock the planet with their unique tapestry of symphonic permanence. Their echoes ring strong from the other side of history and their present and future are slamming the ramparts of success…

The official website for Riot Act may be found at https://riotactband.com