It was a great event celebrating the work and achievements of the United Fresh Produce Association and Political Action Committee (PAC). 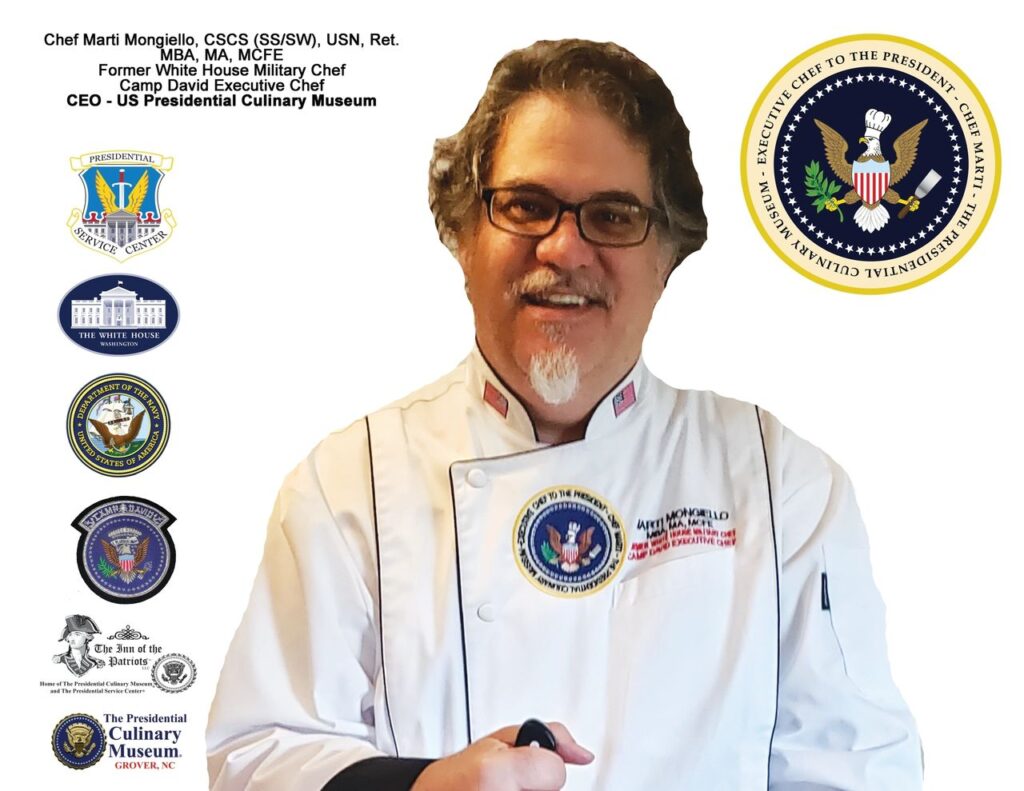 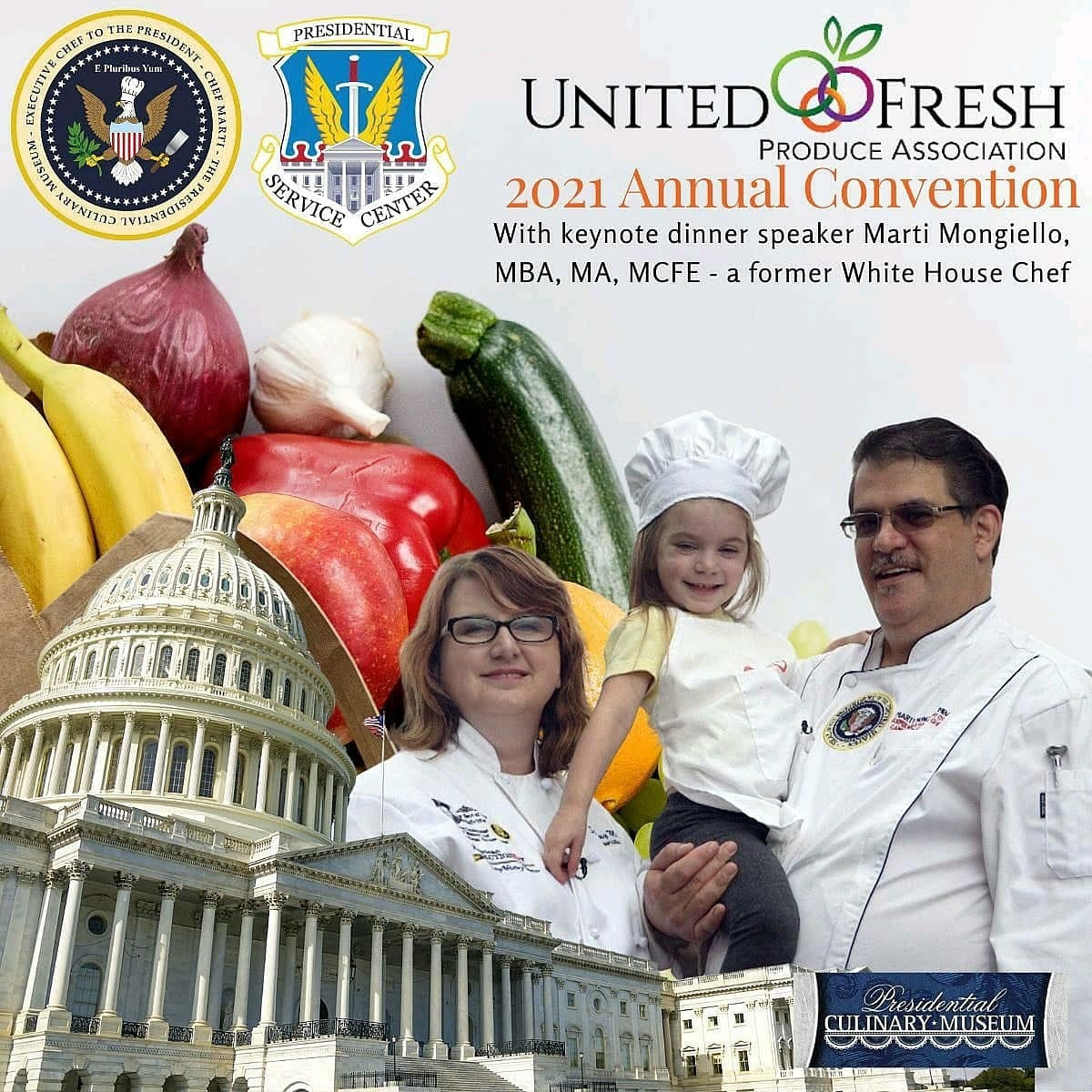 The menu itself was inspired by the favorite recipes of past presidents and first ladies. It included stuffed roasted mini pumpkins for appetizers, Atlantic halibut with beef demi-glace vol-au-vents, and cut fillet mignon with red wine jus. This delicious meal was followed by ginger cake drizzled with cardamom syrup.

The fresh food produce was sponsored and supplied by prestigious food suppliers, including Grimmway Farms, Driscolls, Frey Farms, and Bowery. 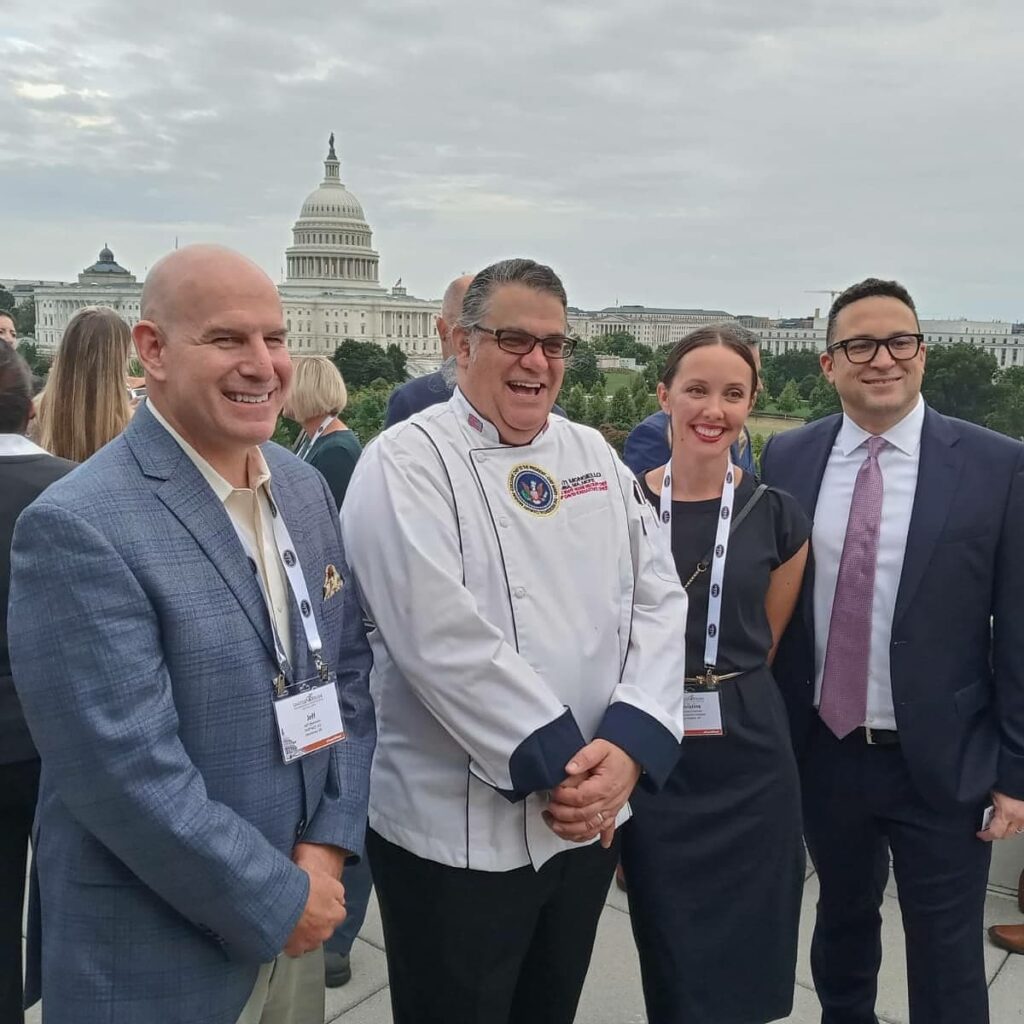 The awards celebrated the United Fresh Produce Association which was formed in 1904. United Fresh has built a legacy of more than 100 years from family businesses to global corporations by bringing together members across every supply chain segment.

D’Arrigo New York has a long history of philanthropy dating back to 1948, supporting local charities including food banks and several branches of the armed forces.

The awards were given by Chef Marti Mongiello, MBA, MA, MCFE, who provides specialty white house dinners worldwide with speeches that are both professional and entertaining, as guests were more than happy to confirm.

The speech was a great success. One of the attendees, Antwain Thomas, CDO mentioned that Chef Marti received many outbreaks of applause during his keynote speech for the United Fresh Produce Association’s annual conference. 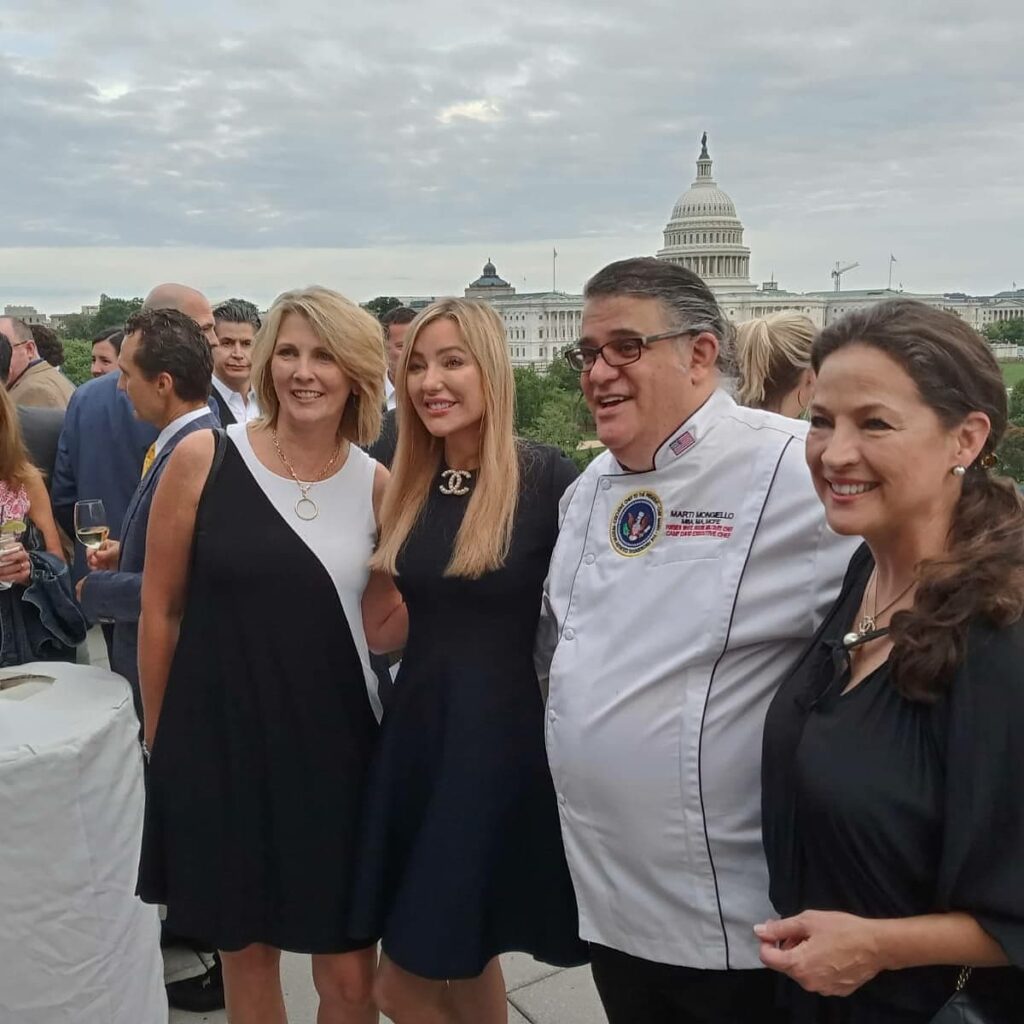 More than six times the audience broke out in laughter after his many witty jokes and there was a great crowd of people wanting to speak to Chef Marti after the event to convey their gratitude and to find out more about his fascinating life story, which includes serving in the US Navy, teaching in his cooking school and traveling the world advising on hospitality management.

Chef Marti Mongiello is a person of many talents: a former White House Chef, who has worked with the past six Presidents for the last 25 years, from H.W. Bush through to Joe Biden. He is also an accomplished speaker, writer of nine books, and television presenter. He’s been previously featured in Washington Post, LA Times, Australian, The New Yorker, FOOD TV Network Magazine, The Times of London, and many more. 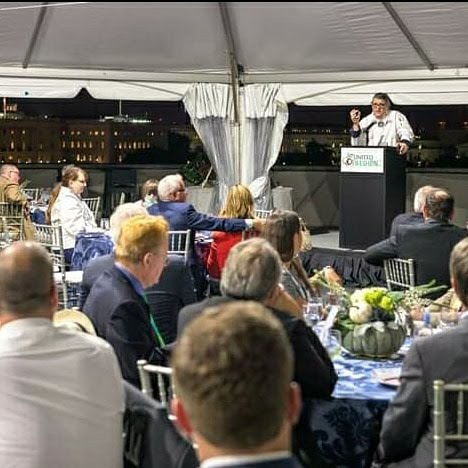 His latest project includes a television series about life in the White House from a food and fine dining point of view, called ‘Inside the Presidents’ Cabinet’.

In closing, it’s worth mentioning that the dinner was sponsored by some great organizations. Here’s the list of the sponsors in no particular order: Grimmway Farms, Cal-Organic Farms, Frey Farms, Bowery, Driscoll’s, D’Arrigo New York, and Duda.

Chef Marti started in 1994 as a White House Chef doing US State dinners and running the Camp David Resort and Conference Center as a GM.  He has a lot of direct experience in the hospitality industry. Chef Marti will make your guests feel like a million bucks and your event a world-class success.

To book him for your events, visit his website at https://TheInnofThePatriots.com to get started.