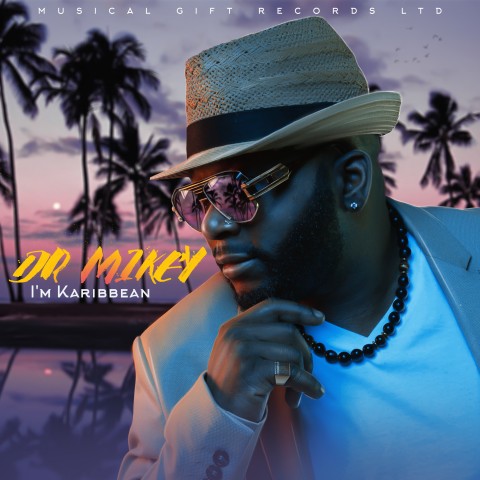 Born in a French Ghetto, north of Paris, Dr. Mikey represents French culture, especially in the suburbs. At the young age of 14 years, Mikey lost his ability to walk to an accident. In the search of regaining the strength to walk again, he found his love for music. He moved from Paris to the jungle of St. Laurent du Maroni with his father, where he discovered the magic of music and rhythm. Right there, Dr. Mikey decided to become, not just an ordinary rapper or a singer, but an artist who would break free and diminish the boundaries of genre and language, and challenge the geographical barriers with his music.

Dr. Mikey recently launched his debut album “I’m Karibbean” on May 29, 2020. This album is a vigorous collection of 14 astounding tracks that will blow the listener’s mind away. These songs include – Beautiful, My Little Island, I Keep Wondering, Paradise Island, Ce Week-End, Ne Pars Pas, Money Pull Up, Shake Your PumPum, along with six others. Each track is a masterpiece on its own, which reflects the vibe the artist wants to exhibit very well. This album depicts the innate abilities of Dr. Mikey of creating amazing foot-tapping numbers.

This album is a blend of various genres like reggae, dancehall, reggaeton, and zouk. 25 years after leaving his island, Guadeloupe, Dr. Mikey rediscovered flavors, landscapes, music, and the special atmosphere that characterizes the Caribbean conviviality. The album “I’m Karibbean” with West Indies sounds, will make you travel throughout the Caribbean arcade.

Dr. Mikey also started his music label called “Musical Gift Records”, which he proclaims to be an urban music label, both nationally, and internationally. “In 2000, I met my manager Sonia KINANI, and took her to the United States. When we arrived, I neither spoke nor understood a word of English. In Los Angeles, I had the opportunity to sing at the Watts Summer Festival, at pic lunch for the Independence Day of Jamaica, the Key Club, and the Samba Salsa Show. I won 1st place at the Hollywood Showcase Howard. After singing in Los Angeles and its surroundings, I met the rapper from Louisiana, La Balle, in 2001”, says Dr. Mikey, telling about his musical journey.

Dr. Mikey draws inspiration from artists like  Kassav, Franky Vincent, Bob Marley but Michael Jackson. With his music style being mainly Caribbean pop, and mix of hip-hop, reggae, dancehall, and afro-beat, Dr. Mikey likes to sing about things that are a part of the real world.

Dr. Mikey gives an inspiring message to his fans, not to wait till someone is not a part of your life anymore to let them know that you love them.

Listen to the album “I’m Karibbean” now on spotify.com.