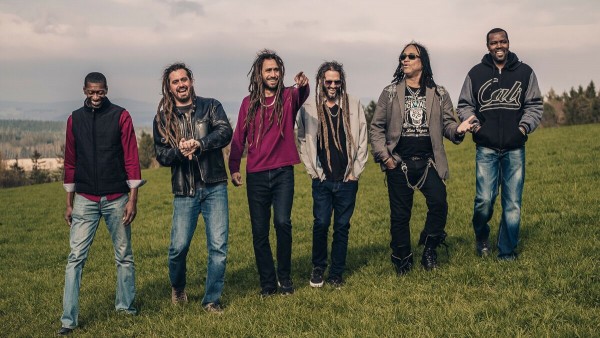 Big Mountain is a legendary American reggae band that rose to fame with their amazing cover of Peter Frampton’s “Ooh Baby I Love Your Way”. The band is ready to stir the music industry again with their newest song on world peace, titled “Get Together”, a theme song for the people worldwide that encourages unity, peace and harmony. Big Mountain has always excelled in writing and performing ‘global message’ music with a spiritual flavor.

In this exclusive interview, Bruce Caplin, the manager of Big Mountain talks more about the band’s journey into the music industry so far. Caplin also produced a lot of the favorite Big Mountain songs, including the two most recent Big Mountain singles “Angelina” featuring a talented young artist from Ghana Africa named Raingad and their latest release “Get Together”.

Interviewer: What/who is the inspiration behind Big Mountain’s music?

Bruce Caplin: Big Mountain’s music is a fusion of what Quino, the lead singer and originator of Big Mountain and I create by starting with a story, lyrics and music structure. You will hear an interesting fusion of Quino’s influence of R&B, such as Earth Wind & Fire and Roots Reggae and Bob Marley, with my upbringing in music listening to artists like Bob Dylan, the early years of Eric Clapton and also Steve Winwood.  Mix that all together and you end up with some interesting collaborations.

Interviewer: Tell us about the journey of Big Mountain in the industry so far.

Bruce Caplin: In 1991, Quino was performing in my home town of Ventura, California and I just so happen to see his performance that one evening his band Shiloh was touring the west coast of the United States. Quino had just released his first album titled ‘California Reggae’.  I had been in charge of launching several artist’s careers using FM radio and was very experienced at radio airplay. Artists that I have played an integral part in their careers, to name just a few out of dozens are,  ZZTop, Van Halen, AC/DC, Dire Straits (“Brothers In Arms” album and singles released), Prince, Los Lobos, and A-AH.  So when I heard Quino singing that night, I knew that he was special and that I could do something big with him.

Interviewer: How did you two come up with the idea of the cover “Ooh Baby I love your way”?

Bruce Caplin: It was shortly after that night I saw him performing in a bar in Ventura, I took Quino and his band into the studio and we came out with first major hit single titled “Touch My Light” that is on Quino’s first album with a new band name Big Mountain.  Following “Touch My Light”  Quino and Big Mountain released the worldwide mega-hit “Ooh Baby I Love Your Way”, which became one of the biggest hit songs of all time within the music business.  Now we are about to turn the song “Get Together” into the worldwide theme song for peace.

Interviewer: What message do you convey with your music?

Bruce Caplin: It has always been a struggle between Quino and myself when it comes to song messages.  Quino is a true Rasta and a person who truly cares for the less fortunate people.  He prefers to write and sing about the everyday struggles and strife. I on the other hand like up-tempo, uplifting, feel-good songs and also spiritual songs.  So what takes place within a Quino / Caplin production is,  I will lean into feeling Quino’s desire to write a song about wisdom or history and Quino leans into feeling my desire to get the people up singing and hopefully dancing and/ or hugging each other. The one final goal within our collaborations is that Big Mountain stands for family values and the projection of kindness.  You will hear the projection of kindness and caring in the new Big Mountain song “Get Together” (radio mix).

Interviewer: Tell us about the upcoming Big Mountain World Tour?

Bruce Caplin: With the release of their latest single, Big Mountain is planning an extensive world tour throughout 2020-2022. The theme of the tour and the band’s message is that, it is time that we all get together, try to love one another and practice kindness.

Interviewer: Is Big Mountain signed with a label or do you plan to be independent?

Bruce Caplin: Although Big Mountain is independent and not signed, the new single “Get Together” (radio mix)  is a singles deal and released by Warner Music Group. 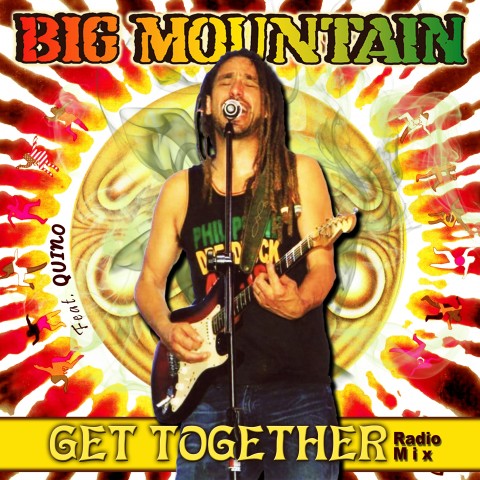