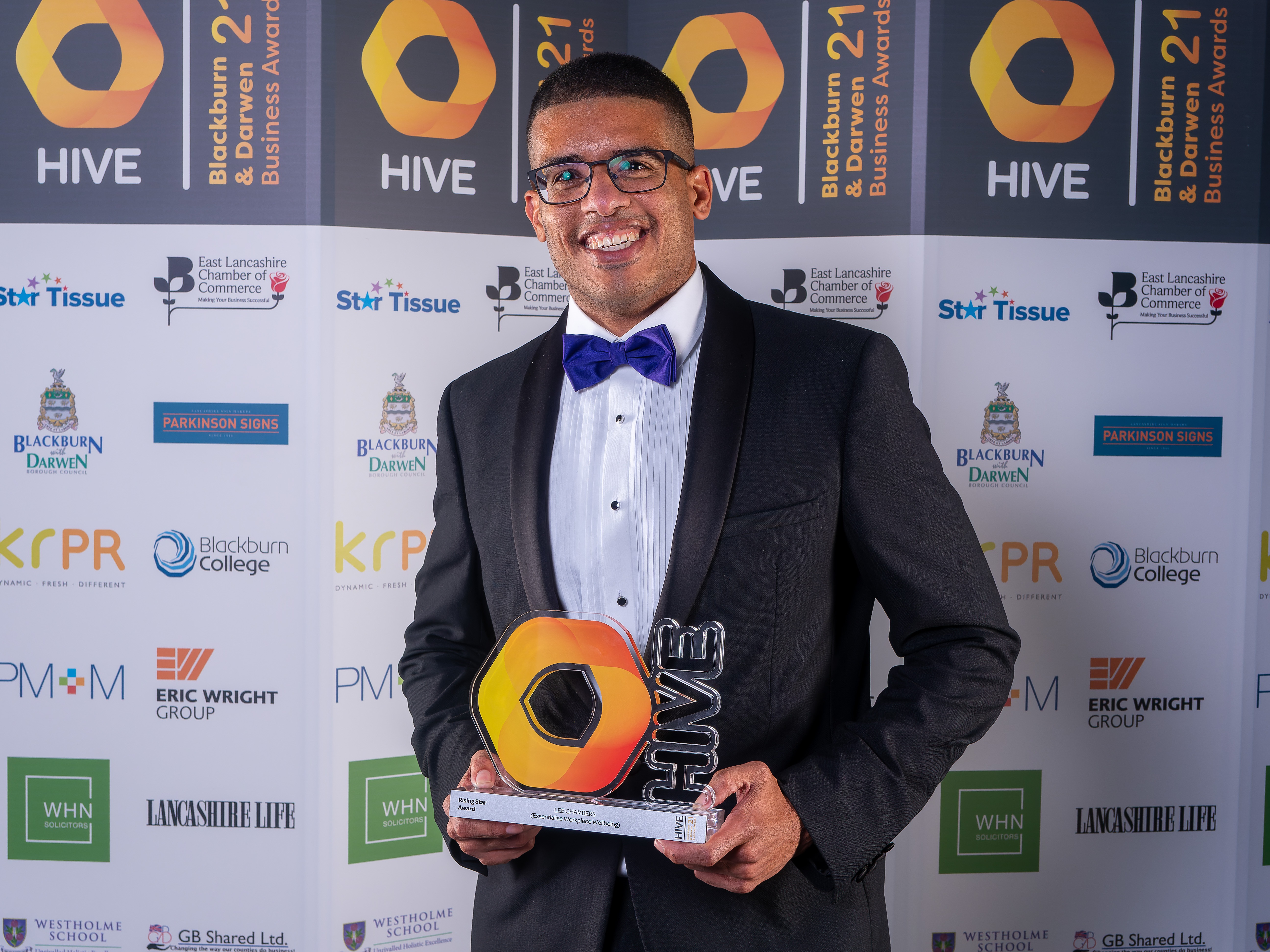 Lee Chambers, the psychologist and founder of Essentialise Workplace Wellbeing, has won the Rising Star category at the HIVE Blackburn & Darwen Business Awards. He was recognised for his continued work ethic, local impact and how he had navigated through adversity to build a sustainable, growing business. He was presented the award by Fazal Dad, Principle and CEO of Blackburn College.

Lee’s victory was just one on a night where local businesses, leaders and employees had the chance to reflect on their journey over the past year. With a rousing speech by Hive chairman Ian Brown, accompanied by music, comedy and food, the event was a testament to the region’s resilience, as the 300 in attendance enjoyed the celebration of the business community at the King George’s Hall. Other awards winners on the night included businesses such as Star Tissue UK, Cube HR and Nybble, and individuals including Jackie Robinson of LHR and Neil Bullows of The Whitehall Hotel.

On winning the Rising Star Award, Lee Chambers said, “It’s been a rollercoaster last few weeks, with a death in the family and business becoming increasingly busy. By the time I got to the ceremony on Thursday, I felt emotionally spent, but the energy in the room gave me just what I needed, and the wonderful support of my guests and those on my table made me feel grateful to be a part of what was an amazing night.”

“To win was very much the icing on the cake, and to be holding a trophy alongside so many close business friends really helps you feel you’re not alone, even when you’re a small business. A massive thank you to Kara Rose and the KRPR team for what was a truly memorable event, the judges for giving your precious time and to HIVE for your continued efforts to Build Back Blackburn. This award feels very personal, as being recognised as a rising star means that you are seen to be ascending, and soon I hope to be that star in the sky for the next generation of rising stars.” 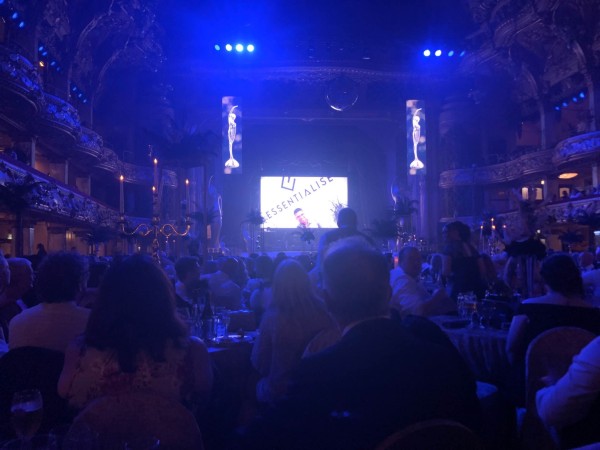 The events capped a busy week for Lee and the Essentialise team, which included speaking at the Association for Business Psychology’s Annual Conference and onboarding a new client in the legal sector. He was also featured by Business Live for Black History Month, showcasing his inspiring journey as an emerging Black entrepreneur.