Tampa, FL – September 1, 2021 – BlueBox Digital LLC, a full-service production studio, announced today that it was the recipient of the Bronze designation at the 42nd Annual Telly Awards for its work on the KeyVibez “My Bad” official music video. This is the second consecutive year the company has received the Bronze award, this time in the “Non-Broadcast, Craft Editing” category. 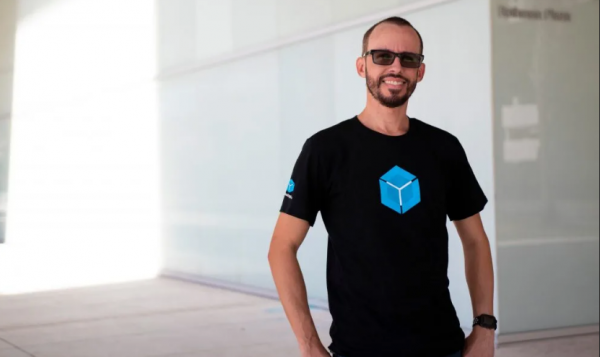 Founded in 2018 by Anthony Rivera, BlueBox Digital is a locally owned and operated video production company that produces content for surrounding businesses, artists and couples wanting to tie the knot. Handling everything from pre-production to post-production, the company has received a number of awards in its just two years of existence including two Silver Davey Awards and Rivera being recognized as a “Changemaker” by Voyage Tampa Magazine.

“In the face of a year like no other, BlueBox Digital has continued to defy the limitations of our new world, in continuing to create compelling and engaging work”, says Telly Awards Executive Director Sabrina Dridje. “This year’s submissions doubled down on what we already know about the industry. Creativity cannot be stopped. Collaboration will always prevail.New ideas and stories will always find a way to break through to an audience.”

“It’s not everyday a young and up-and-company like ours receives this type of recognition, but it’s a testament to the high-quality videos and professional film production we strive to produce day-in and day-out,” said Rivera. “This is only the beginning for us, and we look forward to continuing to serve our community and creating one-of-a-kind content that reflects the vision and values of our clients. We couldn’t be more thrilled to receive this award.”

The winner’s announcement caps a year-long celebration of creators defying the limitationsby embracing platforms to increase awareness about injustices and promote solidarity formovements, as well as geographical, like developing fully remote pipelines for dispersed teams.This year also saw the continued expansion of new categories to reflect and celebrate newforms of producing work in light of the past month’s restrictions and limitations. New categories included Remote Production, Virtual Events & Experiences and an increase in animation categories.

For more information about BlueBox Digital, visit https://blueboxdigital.com/. To stay updated on the latest happenings and releases, be sure to follow BlueBox Digital on all social media platforms @BlueBoxDigital1

The full list of the 42nd Annual Telly Awards winners can be found at www.tellyawards.com/winners.

About The Telly Awards