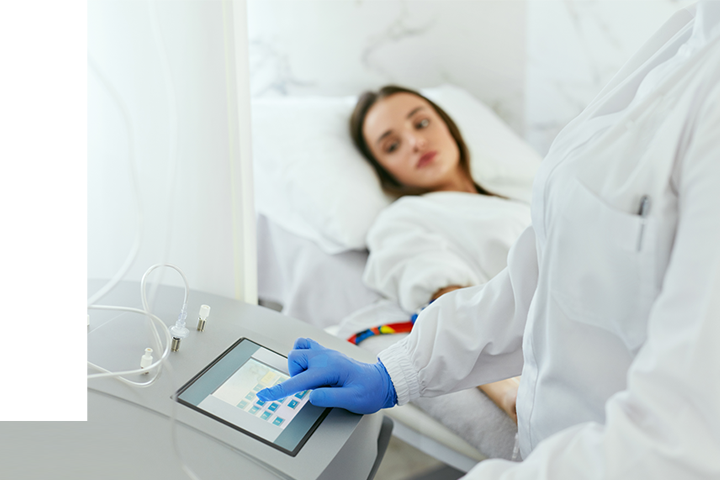 Autotransfusion Devices and Consumables Market
The autotransfusion devices and consumables market has gained the interest of the healthcare industry due to cost effectiveness and less risk of infection due to blood transfusion to the patients during surgery. Recent developments such as product launches & approvals and collaborations & partnerships in the market by key players propel the market growth

According to a new report published by Allied Market Research, titled, “Autotransfusion Devices and Consumables Market by Product Type and End Use: Global Opportunity Analysis and Industry Forecast, 2019 – 2026,”the global autotransfusion devices and consumables market size was valued to be at $864 million in 2018 and is expected to increase during the forecast period to be at $1,380 million by 2026, registering a CAGR of 6.1% from 2019 to 2026. The devices segment accounted for more than two-thirds of the total market share in 2018.

The global autotransfusion devices and consumables market share has witnessed significant growth in the past few years. The growth in awareness regarding the lesser risk of transfusion transmitted infection. The rise in preference of autotransfusion techniques over allogeneic methods for blood transfusion amongst the healthcare professionals and patient population due to its higher efficiency and less risk of contamination contribute toward the market growth. In addition, government of developing countries such as India and China are promoting the use of autotransfusion techniques considering its lower morbidity and mortality rate due to infection, which is further expected to boost the autotransfusion devices and consumables market growth during the forecast period.

However, higher cost and less affordability of autotransfusion devices as compared to allogeneic technique and stringent government regulations are projected to hamper the market growth during the forecast period. Conversely, untapped markets in the developing countries are expected to offer remunerative opportunities for the market players in the future.

Autotransfusion is a method in which the blood is drained out from a patient’s body and is infused back after filtration and purification. It is performed in different ways—cell salvage, preoperative autologous donation, and acute normovolemic hemodilution or ANH. In cell salvage method, the blood is pumped out from the patient’s body and is infused back during the surgery. Cell salvage method can be further bifurcated into intraoperative and postoperative cell savage method. Preoperative autologous donation or PAD involves the donation of blood by a patient, which can be used by themselves in future. PAD involves is mostly used in hip replacement, hysterectomy, and total knee replacement surgeries. Acute normovolemic hemodilation is blood conservation techniques in which the blood from the patient is removed after inducing anesthesia while maintaining the normal volume of blood in the body using crystalloid or colloidal replacement.

Get a purchase enquiry @ https://www.alliedmarketresearch.com/purchase-enquiry/5286

Based on end use, the hospitals segment is the highest revenue contributor. Whereas, others segment is expected to exhibit fastest growth rate. This is attributed to the wider use of autotransfusion devices and consumables owing to its cost effectiveness.

Based on region, North America was the highest revenue contributor in the global autotransfusion devices and consumables market share, accounting for 60% of the total market in 2018. However, Asia-Pacific is expected to grow at the highest rate, owing to the number of developing nations present in this region, rise in technological advancements in the autotransfusion devices procured, increased awareness, and higher disposable income.

We are in professional corporate relations with various companies and this helps us in digging out market data that helps us generate accurate research data tables and confirms utmost accuracy in our market forecasting. Each and every data presented in the reports published by us is extracted through primary interviews with top officials from leading companies of domain concerned. Our secondary data procurement methodology includes deep online and offline research and discussion with knowledgeable professionals and analysts in the industry.