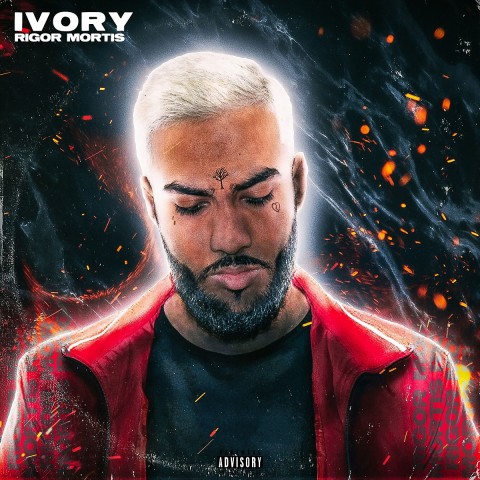 Ivory is a 20-year old rapper living in Brussels, Belgium who entered the music scene with his album “Chaos to Poetry” composed of 10 songs inspired from his life, past relationships and heartbreak. Although Ivory started making music at the age of 16, releasing singles like “6 AM” and “Smoking” that showcased his talent as singerrapper and songwriter, his official entry to the industry was only in 2019 with his debut album that received a great response from the Hip Hop and Rap music lovers. For this year, Ivory has something even bigger planned up, with the release of his first EP “Rigor Mortis” on 7th February, about which he says, “It’s my best work so far”.

Rigor Mortis is a six-song EP featuring songs like Strangers, Humayun’s Heart and Ghost of You among others. He also made a music video debut with his song ‘Demons in Her Heart’, the last song of the EP. While ‘Chaos to Poetry’ was an emotional album, Rigor Mortis is more about unfiltered opinion and straightforward expression for him. In this EP he went into a different way, showing the audience he is more than what they heard in his previous albums and singles. He gives a little taste of what he can be in the future, showing different styles of his vocals.

A major heartbreak has been one of his biggest reasons for Ivory to start making music. ’’Heartbreaks are like a grieving process, it takes a lot of time to heal and start feeling yourself again, you can feel hopeless at times not knowing what to do next’’ Going through a tough breakup, having been in a toxic relationships and having his heart broken, he found an escape and a way of expression in music. “I have issues with explaining my emotions and I have issues letting them out, they just keep building up in my head. The way I deal with this is writing down how I feel and write about my struggles and situations in life”, says Ivory.

He further adds, “It’s okay to be sad. I see a lot of people trying to control their sadness. I don’t like to use the word depression too much, it’s a difficult word. I see a lot of people just trying to hold in everything and putting this weight on their shoulders, put a mask on for the world to see that they are okay, but they are not. Sometimes you got to let it out. I have felt loneliness, heartbroken, betrayal and felt so much pain and all sort of things and I explain that in my previews album ‘Chaos To Poetry’ and I continue to show my feelings and show that I am slowly healing in ‘Rigor Mortis’.”

Listen to Ivory’s latest album Rigor Mortis through this LINK.