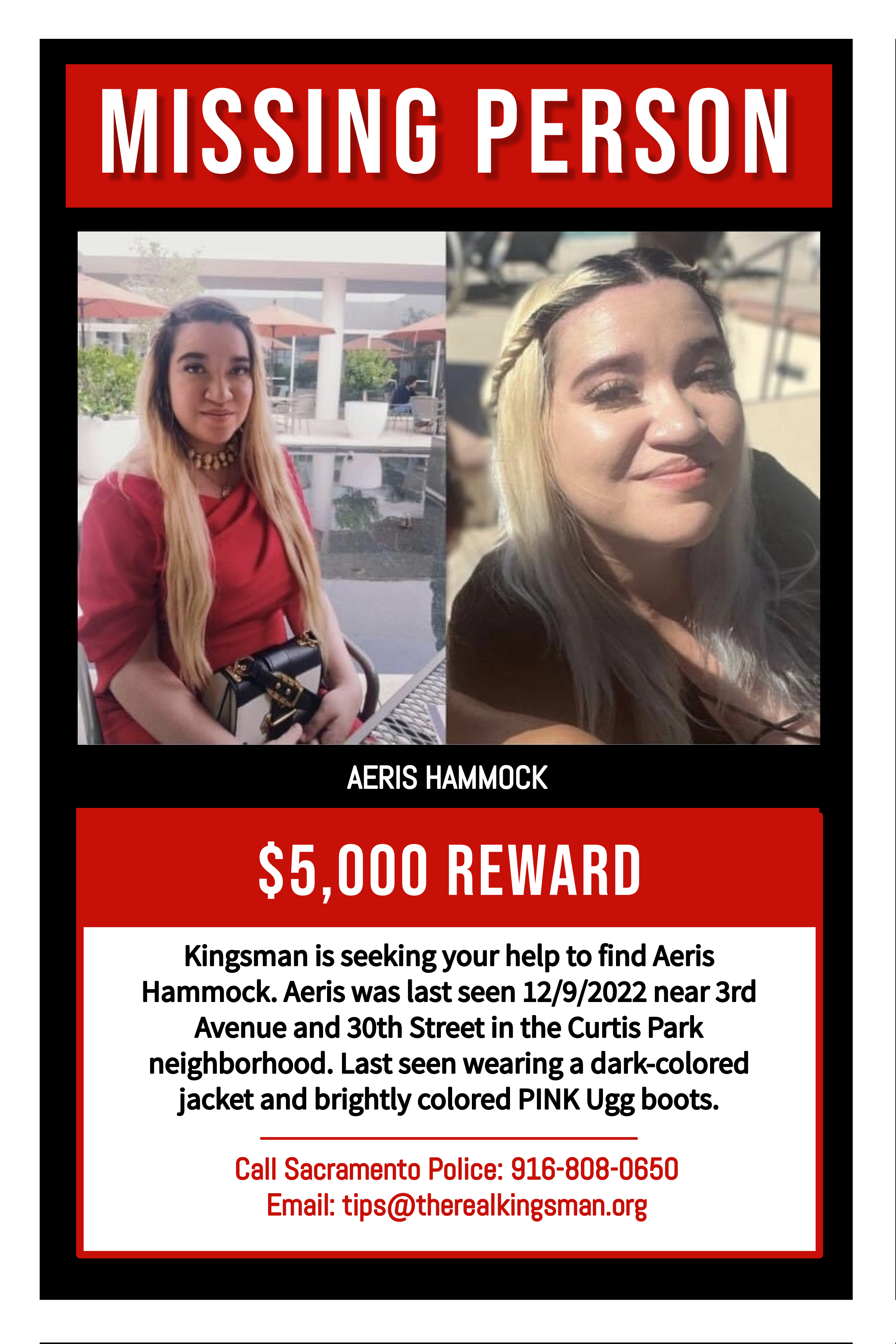 In a press release, Hammock’s parents stated that she left the family home alone at 1:30 PM on the 9th of December in her gray 2013 Ford Mustang.

According to Sacramento Police, Aeris Hammock is considered “at risk” due to an undisclosed medical condition.

“The car was unlocked and the keys were inside. Because her phone was in the glove box, we were able to locate the vehicle,” said Charles, Aeris’s father.

Aeris’ phone was manually wiped by Dee Ingrahm, a former deputy sheriff and family spokesperson. On every single one, everything was erased back at least six months. Somebody went to great lengths to erase a lot of information.”

“There are a number of things we don’t like to see with this case – for starters, the location she was last seen is a major crossroads with highways in all directions: north, south, east and west,” said Dan Manning, USPA’s CEO.

“Your heart breaks for the Hammock family; they are experiencing the worst nightmare that every parent can imagine. Aeris must remain in the media spotlight and front of mind at this time” said Fitzgibbons, stressing the importance of raising awareness and generating leads as well as combating public apathy.

USPA Nationwide Security has provided one of their most experienced investigators, Rodney Brown, at no cost to the Hammock family. He is a licensed private investigator, intelligence expert, and former member of the Navy’s elite SEAL Team 6.

Aeris Hammock stands 5’7″ tall and weighs approximately 170 pounds. Police are asking anyone with information to contact them at 916-808-5471.

Kingsman Philanthropic Corp., USPA’s non-profit division, is offering a $5,000 reward for information leading to the location of Aeris Hammock. You may submit a lead by calling (786) 305-7095 or by emailing tips@therealkingsman.org. In its efforts to locate victims of human trafficking, Kingsman Philanthropic Corp. employs security contractors, licensed private investigators, former detectives, special agents, and experienced military operators. It is primarily funded by donations derived from a profit share with its parent organization, USPA Nationwide Security.