JustifydWarrior shares an intimate peek of his creative process, his studio, and his partner-in-crime, Merlin the Magic Bunny with us

USA – JustifydWarrior’s Spotify bio reads a cheeky poem: “I like drums, he likes hay, we write music every day”. They are a human/animal duo producing unique and genre-bending music in their home studio.

Merlin & I in the studio watching DoubleAgentSmith

Jeremy Bradbury a.k.a JustifydWarrior started his journey with Twitch, streaming while playing games and music with an adorable little friend. Now he owns his own studio and plays his own music on stream.

When asked to talk about himself, he said, “I work full time in software, which is very demanding. I make music, I play games, I have an adorable partner named Merlin the Magic Bunny… yes he’s frequently shoulder-mounted. He came with me to TwitchCon 2019 and we made so many friends but this year is a lot different.

I created a free album on Soundcloud called “Flatten the Curve” as almost a public service announcement to follow government recommendations. Then I began a music collaboration with my Twitch friends, which is dedicated to Final Fantasy VII fans, like us, around the world. “Limit Break” is out now! I moderate for DoubleAgentSmith on Twitch and have been having a blast with our Final Fantasy XIV Free Company. Come join us if you play!

What inspires you the most?

JustifydWarrior: People I meet, interactions I have, good and bad, the life I live every day. Which is why I never lack inspiration. I make friends all over the internet and aspire to collaborate more with other creators. I often try to encourage those with talent to record it, and all my friends on Twitch already have good mics, studios, and the experience to make clean vocal recordings already. Which led to this recent collaboration. 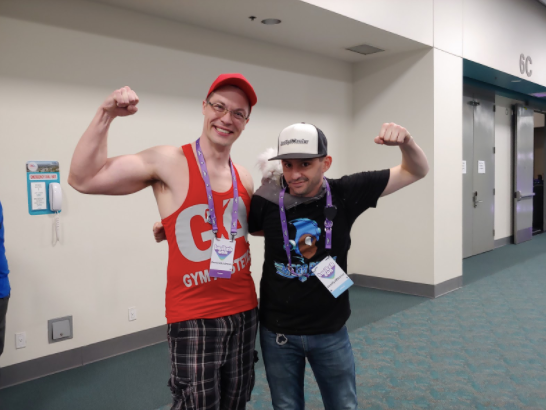 And about your music, what would you say inspires your music?

JustifydWarrior: I am also inspired by many composers and music creators, especially movies and video games. I have a way of taking a vibe from someone and mashing it with my own in a way to hopefully honor them. But not just sampling and covering… original music.

A shy and private person, he makes his music with passion. You can find him on: