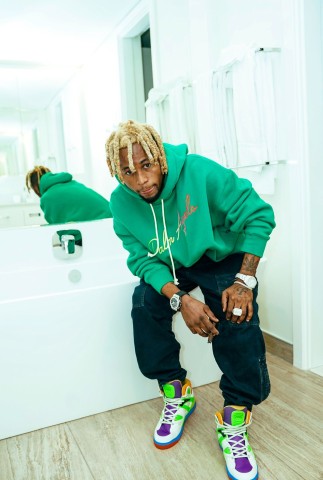 It is without a doubt over the last decade that hip-hop has failed to live up to what it used to be, especially in the Africa music space as Afro pop and amapiano have become the reigning sound and has even got many hip hop artist to jumping ship in other to share in the glory of Afro pop. Although one artist have remained keen on sticking to and developing himself as a hip-hop artist as stated in a recent article, his name is Omoikerodah Fisayo Lukman Known as YF Prince Richie.

YF Prince Richie is an Ogun state, Nigeria born Rapper and currently based in South Africa where he plies his craft as a hip-hop artist. The 26 year old is looking like a force to reckon with after Debuting and immediately breaking into the Hip hop ranks as one of the most talented rappers in Africa. The rappers most recent release was back in 2021 when he released his single, “keep Pushing” in an emphatic manner that has kept fans singing his praise till date.

In a recent interview, YF Prince Richie expresses his concern for the dying culture of hip-hop as he major source of inspiration for pursuing rap music. The Hip hop sensation was quoted, “it is heart breaking to see something that you grew up loving and dream to be a part of, it is a pity to see hip hop dying and not been able to do anything about it”.

The Hip hop star could be the beacon that will bring the fire back into the rap game following predecessors like MI, Vector and Blackbonez who have tried by have not honestly ignite the culture and tradition that is the Hip Hop. YF Prince Richie have shown promising signs with insisting the he be referred to as a rapper, creating his own record label and willing to take up the challenge of been one of the very best among the rest. Without a doubt, the Hip hop sensation looks like a force to reckon with and his journey will speak for him in coming events as they unfold.