European football（Camisetas De Futbol） closes a new cycle and prepares for the next stage. In the month of August the 2019-2020 season of the different leagues of each country began.

It is the moment chosen by all the clubs to change their jerseys and release a new kit to accompany them in every game. Nike, adidas, New Balance or Puma once again give their full support to the world of football by sponsoring the main European teams.

The rojiblanco club says goodbye to the blurred effect of last year to return to the solid colors. Red and white are combined with the traditional vertical striped design. On the back, where the name and number of the players would appear, the white lines disappear to leave only the red color. 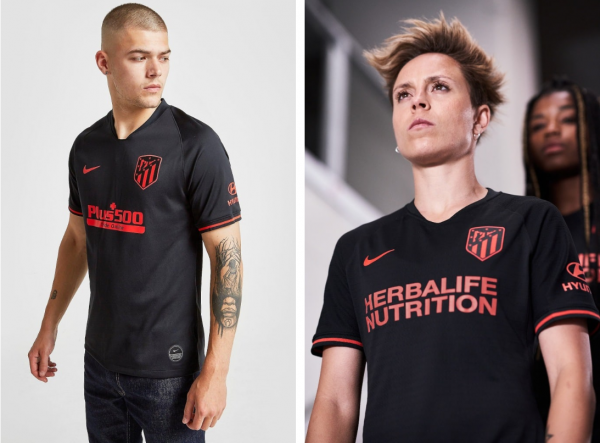 In the second kit they have chosen a design of contrasts that symbolizes the determination of all those who make up Atlético, from the players to the fans, through to the technicians. Black color predominates and highlights the red details of the sleeves and logos.

If you enter Camisetasfutboleses.com you can find the Atlético de Madrid first and second kit shirts in men’s and boys’ sizes. Also the official jacket and sweatpants.

Perhaps it is one of the most daring changes of this season. Nike has been inspired by the famous district of L’Eixample and the highly squared organization of its streets. The FC Barcelona shirt for 2019/20 is designed with maroon and blue squares, the club’s classic colors. On the neck has the flag of Catalonia as a detail.

For their second kit, they have taken the shirt worn by the Barça players in 1979 as a reference. A tribute to the 40th anniversary of La Masía, the iconic academy of the FC Barcelona youth team. Stars of the stature of Andrés Iniesta, Gerard Piqué or Carles Puyol trained and learned in that sports center. The main color of the shirt is yellow, which is accompanied by two diagonal stripes in navy blue and maroon. 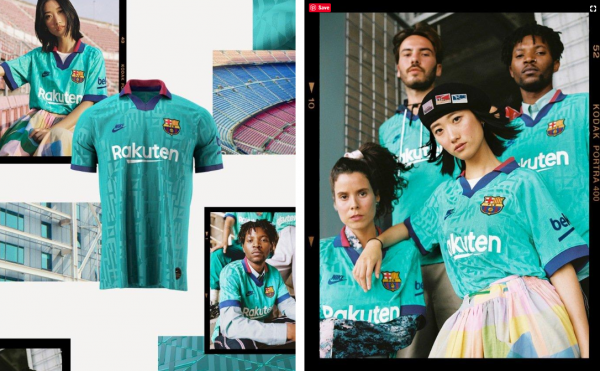 What do you think of the third Barcelona shirt for 2020? They have taken as a reference the football kits that were most successful in the early 90s. Both the collar and the Nike logo remind us a lot of the classic designs of those years. The shirt is turquoise with print and dark blue details. 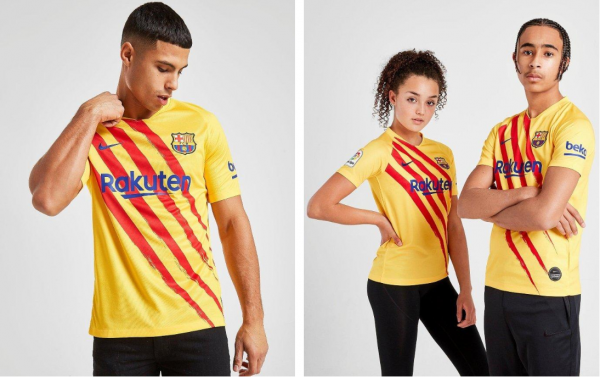 FC Barcelona’s fourth kit is inspired by the Senyera, the legendary flag of Catalonia. On the yellow color of the shirt stand out the red stripes on the diagonal with a brush effect.

Find the rest of Barça’s equipment with its tracksuit jacket and training clothes on our website.

One of the favorite kits of the merengue fans was the one of the year 2011/12. For this reason, adidas wanted to recover the same colors that Real Madrid players wore during that season. The new shirt is white with gold detailing on the sleeves, neck and shoulders.

For the second kit they have chosen navy blue as their main color. It also has gold accents and a very dynamic dotted graphic print. According to adidas, this Real Madrid shirt is inspired by the screams and chants that were generated at the Bernabéu during the season in which they won «La Décima».

Real Madrid’s third kit has a much more striking color scheme. Its design takes references from the club’s shirts in the 90s. The main color is mint green that contrasts with the details in navy blue. Even the club’s emblem changes its colors to adapt to these new shades.