January 27, 2021 – The inventor of urban SRTs and the MITTI System, Grandmaster Shifuji has nationalism flowing in his blood. Motivated with the grand aim of equipping every man and woman with the prowess of self-defense, Grandmaster Shifuji believes that the way to fight against terrorism and renegades is to establish a Union. 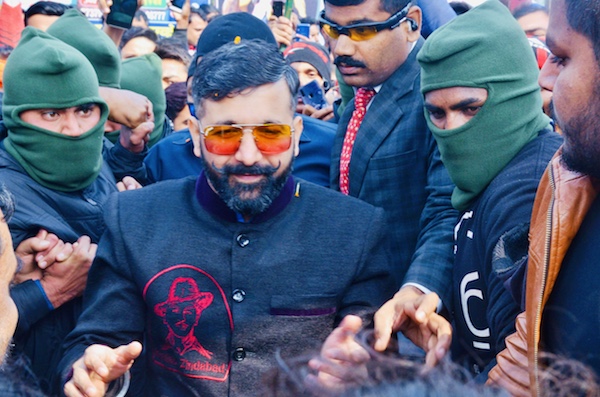 THE DEADLIEST MAN ALIVE IN THE WORLD “Grandmaster Shifuji Shaurya Bhardwaj with The SUPREME Knowledge of customised Counter-Terrorism and Urban Warfare Mitti System”.

Grandmaster Shifuji Shaurya Bhardwaj is busy with two dream projects. The ‘Prachand Bharat’ project will educate all Indians in the manner of Gurukul education, the way he was brought up. The gurukul system is intended to instill good moral values and pride, along with Vedic military training and skills with disaster management. Shifuji’s second dream project is women empowerment with ‘Mission Prahar’, whose goal is to train 10 million women of all ages to protect themselves against threats such as assault and domestic violence. So far, this mission has trained over 3.9 million women since 1999.

Grandmaster Shifuji invented “Mitti System,” a completely “Free of Cost” mentoring services program exclusively for the Elite Special Forces, Indian Armed forces and Indian Paramilitary Forces. He is well respected in the Elite Forces Commandos and Indian security architecture, ranked as one of the World’s greatest 2 Living Legends, The Deadliest and The topmost freelance professional Commandos Mentors in the Field of Deadliest Armed Counter-Terrorism & Lethal Counter-Insurgency. The other one is the Founder & CEO of Caliber 3 serving Colonel Sharon Gat from Israel. He is an IDF Veteran and senior chief instructor of Israeli Special Forces and IDF. His VVIP elite protection, C.I., C.T. buddies known as Mr. Nimrod Peretz, IDF Veteran and Former Security Chief of the Consulate of Israel and Major Eitan Cohan, A Snr most Commando Instructor of the Israeli Special Forces and IDF. 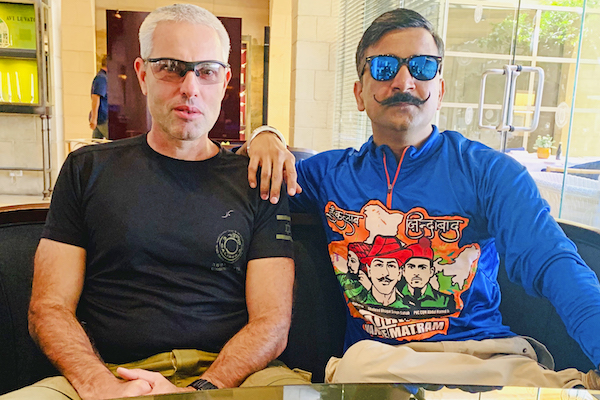 Over the years, the problem solver has worked with government institutions, private organizations, and individuals, providing Mitti System’s mentoring services to almost all Topmost specialised Elite Special Forces and Counter-Terrorist Units of the Armed Forces since 1997. As an actor, he has starred in ‘Baaghi’ ‘Baaghi 2’, Baaghi 3. He also worked in several blockbuster action films as an action consultant and designer, famous for being the Mentor, Life Coach, and Master of action superstar Tiger Jackie Shroff, Ahan Suniel Shetty, and Subhan Khan Sajid Nadiadwala.

MITTI System is an indigenous Swadeshi customized C.I., C.T. system, It is an Indian Customized Situation Reaction Tactics program. The program is customized for close quarter battles with and without SRW or LRW. The system focuses on upper body strength and the rule of ‘no rule’ in urban warfare.

“We all nationalists must establish a Union against the renegades and terrorism,” says Grandmaster Shifuji.

“Grandmaster Shifuji is the only foreign citizen and first-ever Indian citizen to have completed the graduation certificate and PhD certificate from ISRAEL in the most lethal counter-insurgency, counter-terrorism, and wholly equipped urban combat”.

As a patriot, Grandmaster Shifuji considers himself “a normal Indian citizen”. As a freelance commando mentor, he is an expert on traditional art forms, and the ‘akhada’ and ‘desi’ system. He is a Kallaripayattu Guruswamy, a Verm and Marma expert, and also a Bollywood action designer and action consultant. The Free of cost Mission Prahar program has held numerous workshops across rural areas of India, including Assam, Bihar, Tripura, Meghalaya, Bhopal, Lucknow, Mumbai, Ahmedabad, etc. Shifuji also conducts training for young girls and boys under Mission Meri Mitti.

Grandmaster Shifuji takes great inspiration from freedom fighter Bhagat Singh, and maintains a similar mustache, and wears clothes with the printed face of the revolutionary. Grandmaster Shifuji wants to unite the nation against threats, preparing the youth to be ready for action.

For more information, you can visit: www.MasterShifuji.com