The man who invented the use of modern Solar Energy

At the end of 2016, photovoltaic systems with a capacity of 303 GW were installed worldwide – referring to the Global Status Report 2017. An additional 100 GW are added annually on average. Let´s face it: one gigawatt corresponds to the average power of a nuclear power plant. Solar Energy is thus well on its way to become the cheapest and most sustainable generation of electricity. And yet hardly anyone knows the man who in 1973 built the Solar One house in Delaware: the first house in the world with solar panels firmly integrated into the roof.

`The Life of the Solar Pioneer Karl Wolfgang Boer: Opportunities Challenges Obligations´ describes this extraordinary Scientist and Engineer who dedicated his life to Solar Energy. He has been instrumental to show the direction solar energy conversion must go to become the key element of nowadays and future energy production worldwide.

The story of Karl Wolfgang Boer starts in Berlin Spandau where he was born in the unravelling times between two world wars. Just ten years old he set up his first little chemistry laboratory in the basement of his parent´s house. From this moment on science became his obsession. Surviving World War II as a soldier he started his career as a scientist in Germany and immigrated shortly after the building of the Berlin Wall to the United States. With Solar One, the first house to convert sunlight into electricity and heat, he became the `Solar Boer´.

As an easy read the book describes not only the thrilling development of solar energy. It is also a document of contemporary history and tells the exciting story of a man, who lived his dream and thru his work initiated the building of a better world. 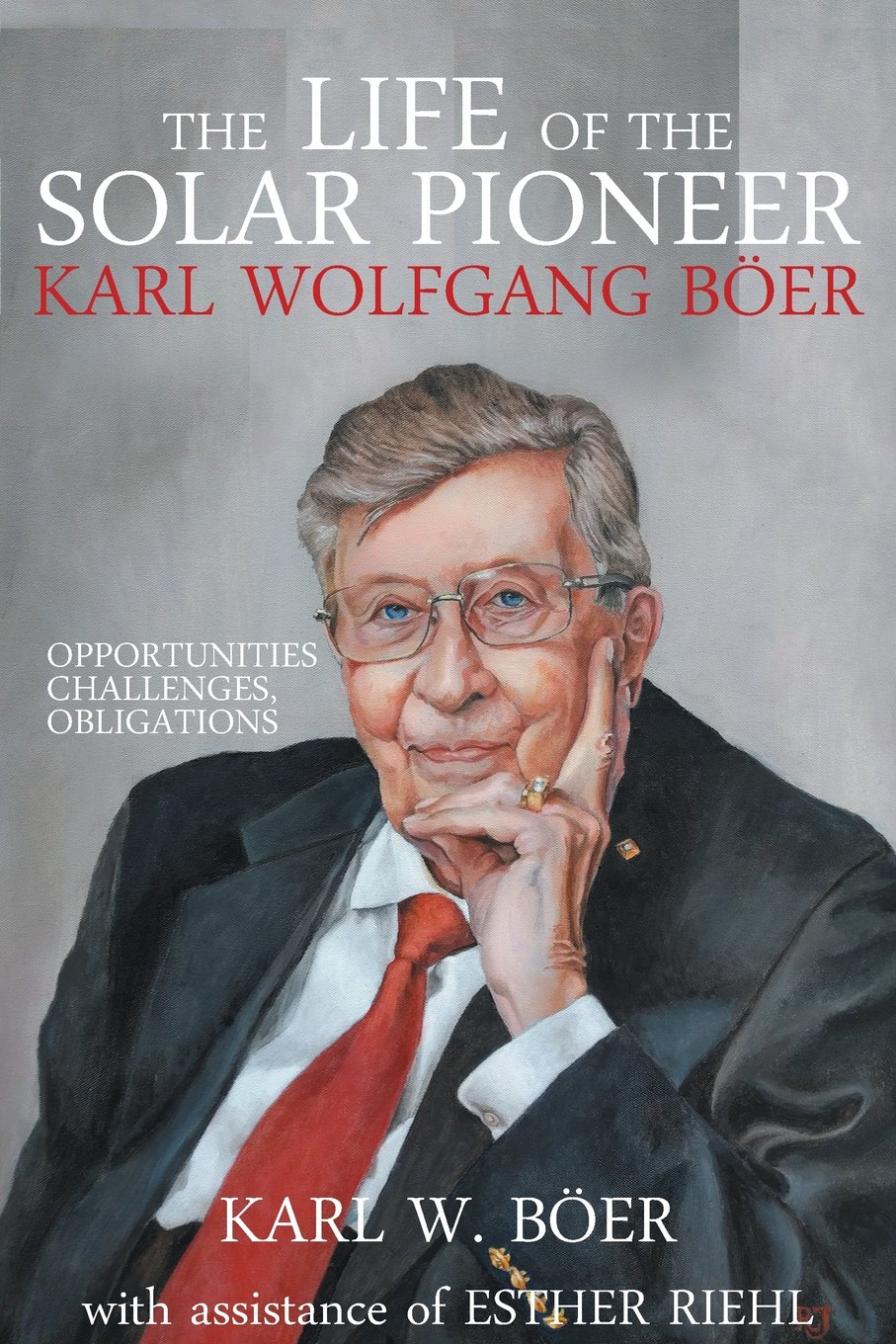 Karl Wolfgang Boer is a world-renowned scientist, engineer and pioneer in Solar Energy, distinguished professor of Physics and Solar Energy of the University of Delaware, emeritus, fellow, AAAS, APS, ASES, IEEE. He published 385 articles and dozens of books in Semiconductor Science and Solar Energy and is recent author of the theory of the new solar cell.