Star of Weird Science, Woman in Red and Hard To Kill, Kelly LeBrock appears in Timothy Hines’ Tomorrow’s Today picked up by Fox’s Tubi
Timothy Hines’ Tomorrow’s Today was picked up by the Fox Corporation’s Tubi, with performances by Kelly LeBrock and Burt Young. “Directed by Timothy Hines, is not your typical gangster film. Rather, it is a delightful comedy feature that manages the convergence of humor and crime in the most hilarious way.” Tubi is a streaming service with 51 million monthly active users. Fox Corporation acquired Tubi for $440 million. 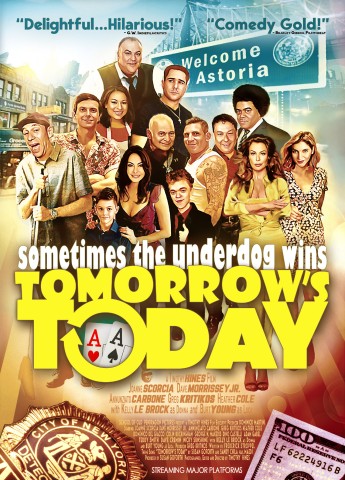 Above: Tomorrow’s Today is doing gangbusters on on streaming platform.

“A classic gangster film with a healthy dose of crime, gambling and heavily tattooed Italian mobsters is always a pleasure to watch. However, Tomorrow’s Today, directed by Timothy Hines, is not your typical gangster film. Rather, it is a delightful comedy feature that manages the convergence of humor and crime in the most hilarious way. Set in Astoria, New York City, “Tomorrow’s Today” revolves around the life of Charlie Boy played by Greg Kritikos. Charlie is an ebullient middle-aged man who is trying to move away from a life of organized crime after narrowly avoiding arrest. However, his numerous financial challenges push him to become a part-time comedian and a con artist to make ends meet. In between trying to reform himself and managing quarrels with his wife, one of his closest friends, Tommy G (Annunziato Carbone), a gambling addict, asks him for help: after having accumulated a mountain of gambling debt and with no means to pay it off, he gets Charlie to begrudgingly agree to rob a liquor store with him. 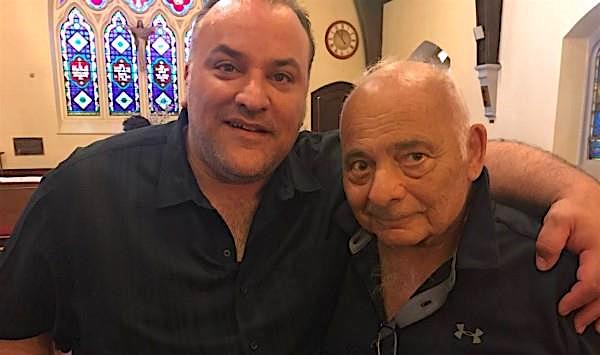 In this production, Timothy Hines clearly demonstrates his apt directing skills. His story-telling adopts an experimental twist by injecting rich humor into what otherwise typically would have been a ‘regular’ gangster film, filled with gory scenes of destruction, violence and pain. However, Hines deftly balances the perfect marriage of crime and humor in a manner where neither of those two elements waters down the other; a difficult balancing act, but masterfully done in this highly entertaining film. The scenes are short and fluid, with quick transitions seamlessly edited into each other, ensuring a consistent flow of the plot.” – indiefilmciritcs.

The movie was executive produced by Dominick Martini, produced by Susan Goforth and Greg Kritikos. The award winning themesong was written by Britney Spears songwriter Sandy Chila and Susan Goforth with Maedi on vocals. 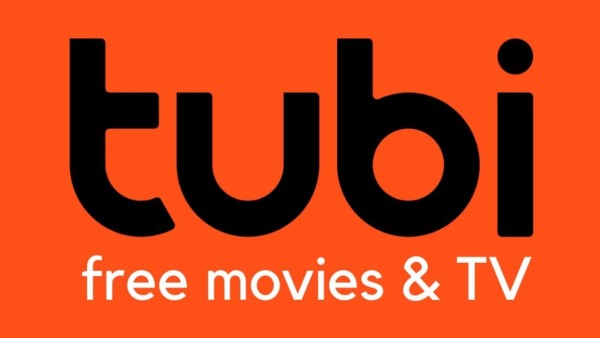 In April 2020, Fox Corporation acquired Tubi for $440 million; which would continue as a separate subsidiary.

In December 2021, Fox acquired MarVista Entertainment, in a move to bolster Tubi’s library and leverage its production capabilities for made-for-TV movies.

In November 2015, Tubi and Blue Ant Media reached a deal to make Tubi available to stream in Canada. Tubi became inaccessible throughout the European Union as a result of the GDPR entering into force on 25 May 2018. It was later announced that Tubi would relaunch in the United Kingdom by early 2019. As of 15 July 2021, Tubi has yet to relaunch in the United Kingdom. According to their website, they “hope to relaunch in the UK and EU in the future” and is “working on compliance [with GDPR] and is planning to re-launch in European countries soon”. Tubi officially launched in Australia on 1 September 2019. In January 2020, Tubi announced an expansion to Mexico, in a partnership with TV Azteca.

In July 2022, Tubi announced a partnership with Shaw Communications to make the service available to all of Shaw’s customers, and further expanding Tubi’s reach in Canada. In August 2022, Tubi launched in Costa Rica, Ecuador, El Salvador, Guatemala and Panama.